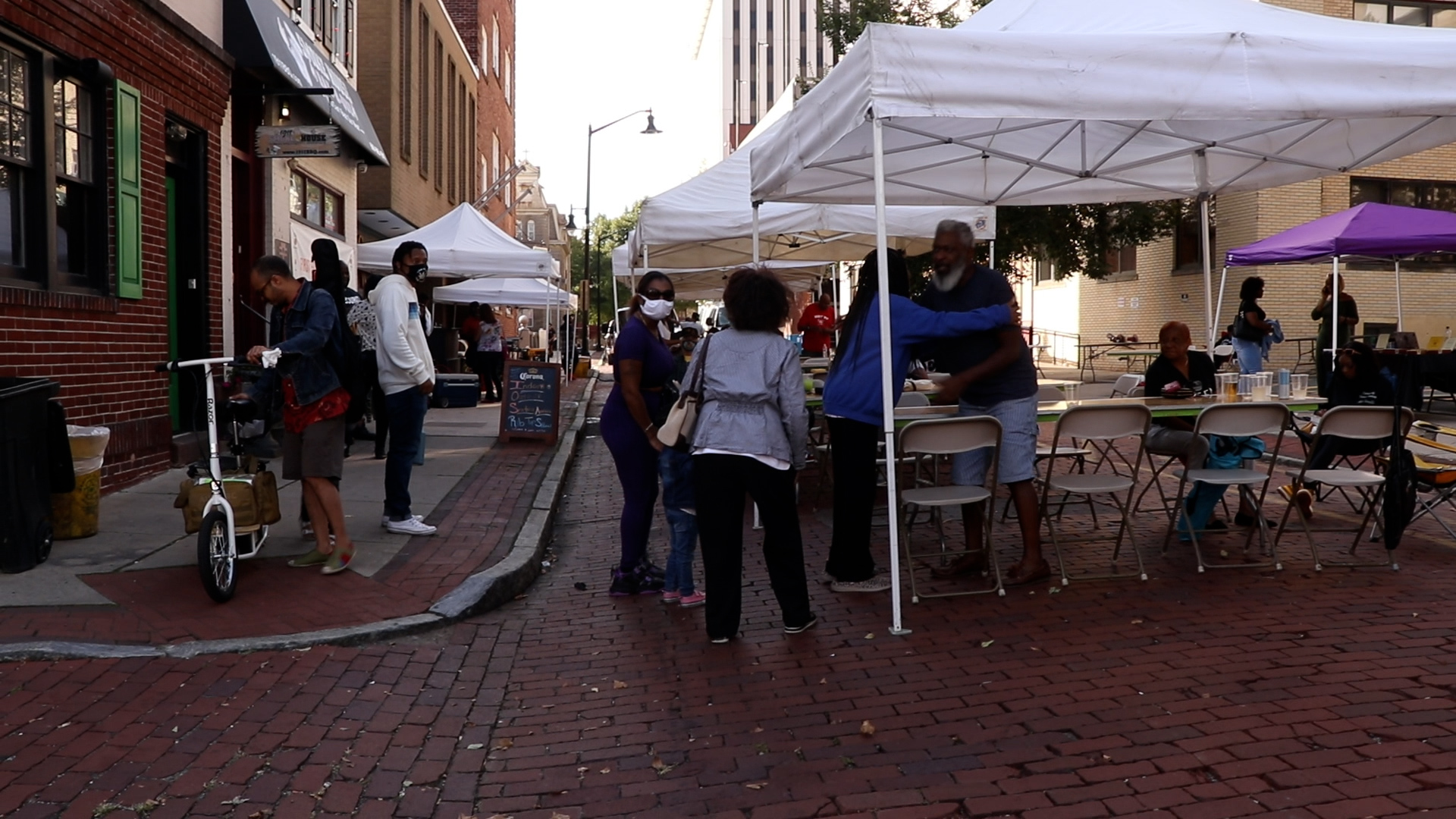 Six years ago, the Hallet brothers decided to launch 1911 SmokeHouse BBQ. To celebrate the establishment’s anniversary on W. Front Street, the enterprising Trenton natives threw one of their well-known block parties on Saturday, October 2nd.

Owner Maurice Hallet and Executive Chef & Co-Owner Reggie Hallet established the popular restaurant in October of 2015 to meet the demands of patrons looking for great food and drinks throughout the day and after 5 p.m.

“Downtown, in the past, everything shut down as soon as the state workers went home; totally neglecting the residents that live here…We’re here to show people that Trenton is just not a nine to five state worker environment, we’re open all day, all night,” Maurice said.

Known for having free shots at 19:11, or 7:11 p.m. every night for anyone in the bar, 1911 SmokeHouse BBQ lives up to its name by serving up a variety of meals ranging from brisket with their signature dry rub to wings which are cooked and smoked over an all-day process.  “We season them, we smoke them for hours in the smoker, then we season them again, and then we finished them in the fryer. We have 18 sauces,” Maurice said.

What’s Maurice’s favorite meal? “Without a doubt it’s the brisket chili… we smoke it for 15 hours and put our own homemade dry rub on it…So whenever my brother makes a batch, I have to get a bowl of that.”

Alongside the anniversary celebration was the introduction of the backroom, an adaptable glass room that can open and close allowing for guests to sit outside any time of the year. The room comes with tables and a TV for diners to watch the Thursday night football games.

Reggie explained that the City of Trenton helped the restaurant get a contract for this renovation. “The City did get a contract to help us install this addition to our back…Right now we doing cigar Tuesdays, in a few weeks karaoke is going to come up on Wednesdays and we’re watching the football game on Thursdays.”

With Northward Councilwoman Marge Caldwell-Wilson and Mayor Reed Gusciora in attendance, the Hallets said that the community of Trenton has been the best thing to happen to the restaurant.  “It’s always a good time. It’s just a way for us to celebrate customers and celebrate everybody that supported us. The community does support us and we really appreciate that,” Reggie said.