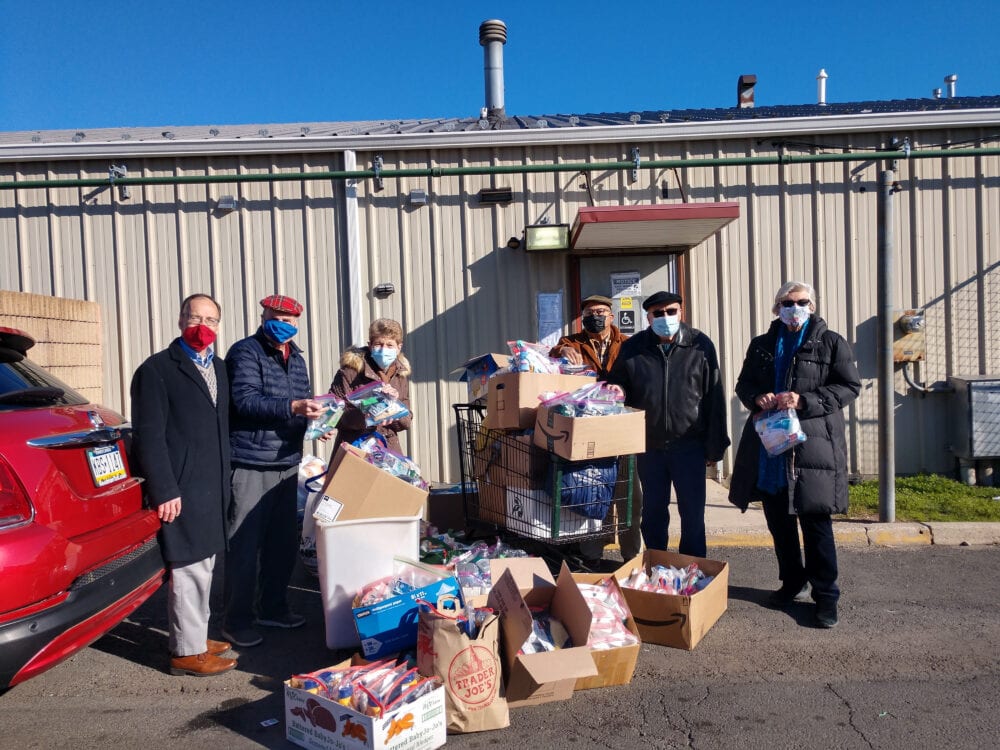 Teti joined the Kiwanis Club of Trenton in 1970 and over the years has earned just about every award a grateful club could bestow. He has served as Kiwanis District governor, multiple terms as club president, and has convinced dozens of others to join him in Kiwanis service.  Perhaps most telling, however, is the informal title “Mr. Kiwanis” invariably used to describe Joe and his commitment to Kiwanis and the City it serves.

To show appreciation, gratitude and thanks to Teti, the Kiwanis Club of Trenton has developed a service projected called, ‘A TASK for Teti.’ The project invited Kiwanians throughout the area to gather supplies and assemble personal hygiene packages needed by the Trenton Area Soup Kitchen (TASK).

On December 7, 2020, 340 completed packages were delivered to TASK, containing over 3,400 individual items ranging from toothpaste to shaving cream to soap and washcloths. An additional 100 toothbrushes and 100 tubes of toothpaste as well as 10 hand-made blankets were also donated.

It was not only the Kiwanis Club of Trenton that participated in the effort. Kiwanis Clubs from as far away as Phillipsburg in Warren County, Freehold Regional in Monmouth and Mount Laurel in Burlington County joined in to help. More local clubs in Ewing, Hamilton and Bordentown also participated. Trenton Kiwanians contributed, and also marshaled, the efforts of the other clubs. Joe and his wife, Gloria, donated a dozen of the packages themselves.

Kiwanis is an international organization with over 550,000 members who engage in more than 150,000 service projects each year. Teti, “Mr. Kiwanis” himself, showcases the achievements each individual Kiwanian can accomplish, one child, one neighbor and one project at a time – for fifty years and counting.