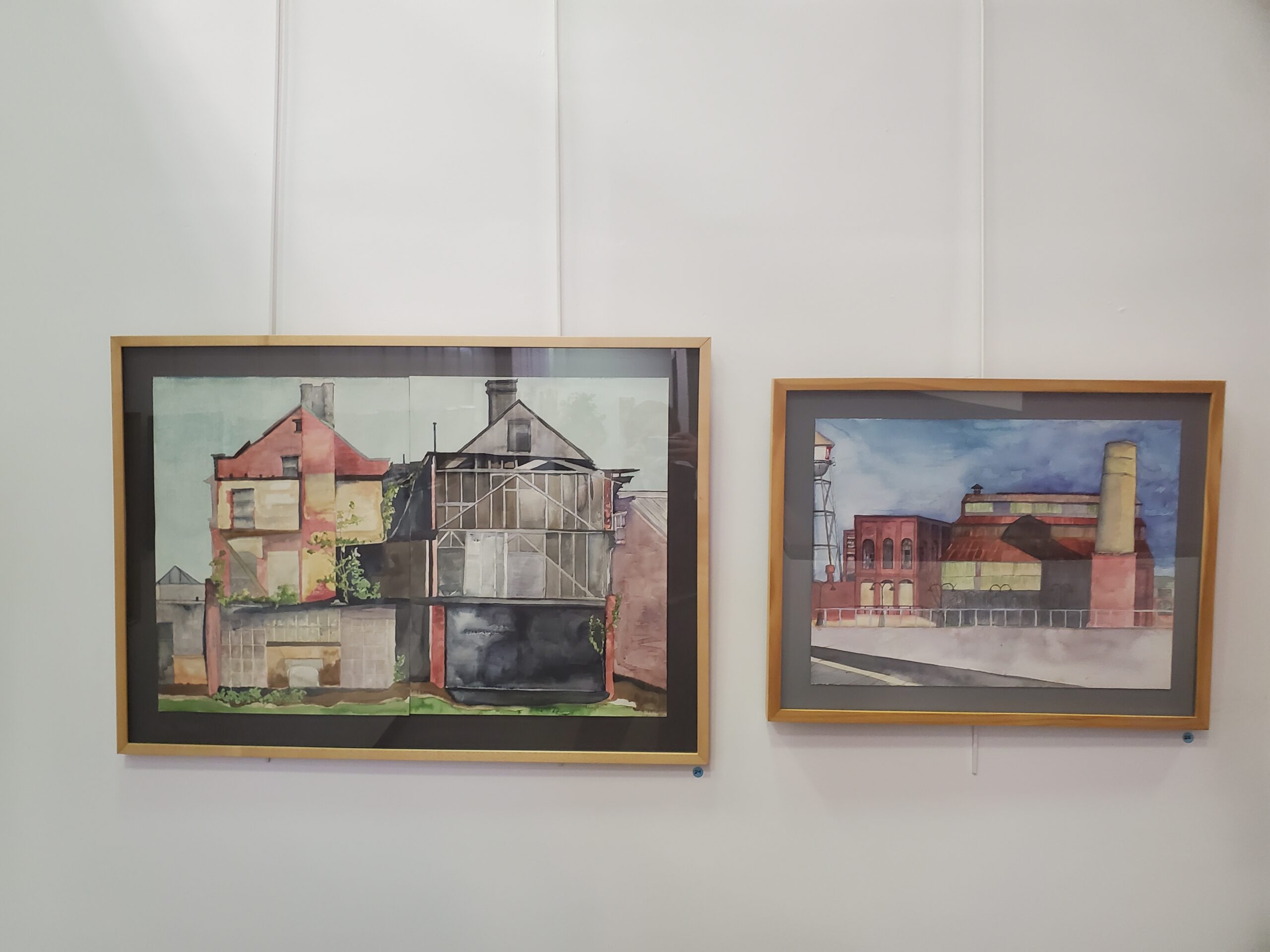 There is still time to check out an exhibit at the Trenton Free Public Library (TFPL) showcasing the work of artists Marge Miccio and Kate Graves.

The exhibit’s theme is Trenton, so Miccio went to her archives, pulling out the best piece she thought would resemble the city. “These are my city. This is where I live, where I used to own a business, and I wanted to capture it before it all disappears,” Micco said.

At the other end of the exhibition are Graves’ watercolor pieces of the Roebling Block. Graves is a sculptor and painter based in Morrisville who has used both mediums to explore and capture Trenton’s architectural landscape visually.

Growing up in Southern California, Graves explained that people would commission her grandmother to paint their houses. “My grandmother was a watercolor artist, and she did paintings of English gardens with houses in them,” Graves said.

Although Graves is known for her sculptures, she is on display imitating her grandmother’s work with water colors by painting the Roebling Blocks.” The seven pieces we’re looking at here are all related to the Roeblings… which is in the heart of Trenton… You can still see the infrastructure where they made the tiger wire for the bridges,” Graves said.

She explained that she likes how the Roebling plots are waiting to be used again. “So each building how to function, but they haven’t been used for a long time. And the quality of the building is still inherent in structures, but many of them are hollow again and waiting. And that’s sort of what I like about them.”