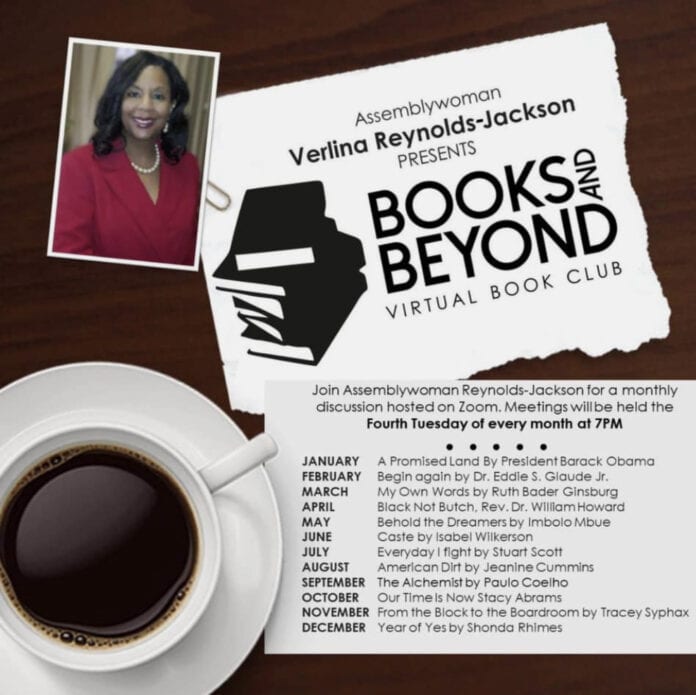 Kicking off the new year, Assemblywoman Verlina Reynolds-Jackson has launched a virtual book club called “Books and Beyond” for the residents of the 15th Legislative District.

Every fourth Tuesday of every month, the former Trenton, NJ Councilwoman will host an in-depth discussion via Zoom at 7:00 p.m. about the month’s reading material. Members of the district will have the opportunity to share their thoughts on issues surrounding the country, state and local community through the love of reading.

Assemblywoman Reynolds-Jackson has constructed an agenda that lays out the list of books to be read each month. Each book selected is centered around topics that invoke heavy thought and conversation. 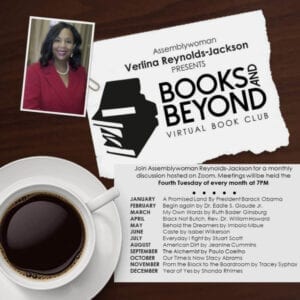 Starting off the month of January, the book club will be reading “A Promise Land” by former president Barack Obama. The memoir, which has been on The New York Times Best Seller list for six consecutive weeks, documents the political life and experiences of the former president.

Throughout the year, the club will be reading other works written by important figures in politics, such as the late Supreme Court Justice Ruth Bader Ginsberg and her book “My Own Words.” The club will also be reading the classic, symbolic novel “The Alchemist” by Paulo Coelho and the non-fiction work, “Caste: The Origins of Our Discontents,” by American journalist Isabel Wilkerson.