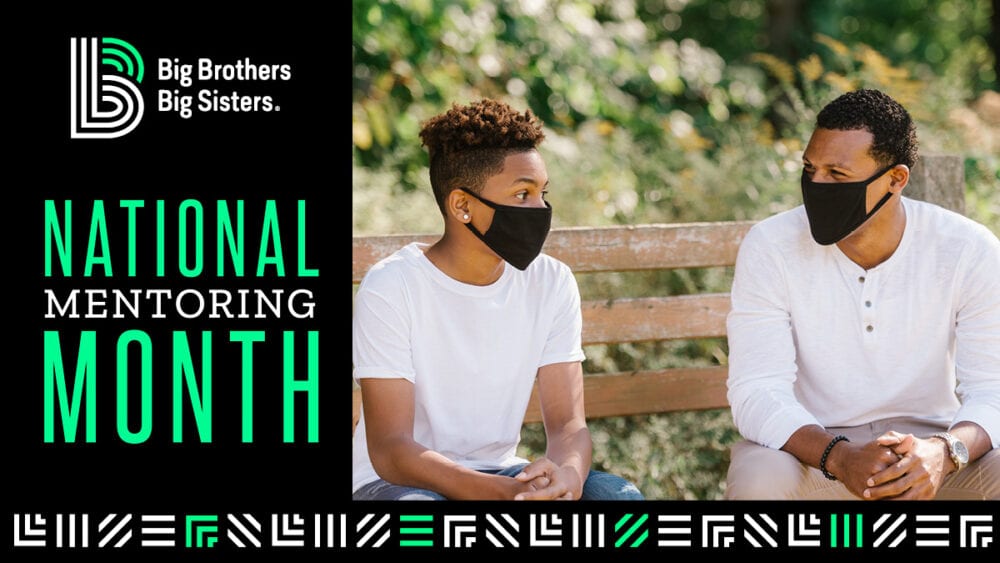 Big Brothers Big Sisters (BBBS) of Mercer County, a mentoring program based heavily upon socialization and community, has faced substantial challenges over the past year. Like most highly active organizations, the set backs brought upon by the COVID-19 pandemic called for readjustment to operations. However, despite hardship, BBBS of Mercer County has taken the troubled year to adapt to the current times and continues to provide much-needed mentoring support throughout the community.

“Life continues regardless of the pandemic,” said Peggy Grauwiler PhD., Executive Director for Big Brothers Big Sisters of Mercer County. “We need to make sure that our communities are healthy and have the resources for people to get back to business, literally, but also, that our kids are well cared for.”

Grauwiler, who took over as Executive Director in January of 2020, led a volunteer supported non-profit child advocacy organization for nearly ten years before joining the BBBS team. She did not get far into her new career before the pandemic flourished across the globe.

In a “typical” year, BBBS pairs children (littles), from six to 18 with a volunteer adult mentor (big brother/sister), with the goal of developing an additional role model relationship for a child in need. “If you think about a community and how some families have 100 cousins and aunts and uncles, there’s all this natural mentoring and all these resources at the family level that just exist, but for other families in urban settings, or even rural settings, that social network [and] that social support can be much more limited for many reasons, including poverty and isolation,” said Grauwiler.

She continued, “Pairing up the child with an adult that’s trained…the hope is really to give that young person another added support so they can be successful, so they can thrive in their own lives and have exposure to the world around them, and to different cultural backgrounds and different experiences that they might not have.”

During a time when attending even regular scheduled school in-person is limited or even forbidden in many circumstances, BBBS had to reconsider their means of operation. However, after serving around 600 children in 2019, 40 percent of which come from Trenton alone, BBBS realized their services were vital to the success of many youths in the community. Grauwiler said, “We made the decision not to stop.”

According to Grauwiler, the first question that BBBS had to face as the pandemic emerged was, “How do we present our training initiatives through Zoom (video chat)?” In the earlier stages of COVID-19, around March of 2020, BBBS of Mercer County focused on revamping their website to increase the digital connection in the community. “We did a lot of work on our website to just give people ideas, and the case managers touching base to make sure families aren’t in crisis, making sure that bigs and littles have fun ideas that they can stay connected,” said Grauwiler.

Quickly, BBBS began noticing bigs and littles taking initiatives to meet virtually on a regular basis. According to Grauwiler, the pairs were meeting on Zoom to play games, write poems and even learn to cook. BBBS was able to host a successful holiday party via Zoom as well. “They’re not in each other’s homes, but they’re on together, they’re meeting up. We’re facilitating the party, we’re all together,” said Grauwiler.

There were, however, some programs run by the organization that had to be reduced or completely cut due to the pandemic. In previous years, BBBS would run an after school program for the littles where 20 local high schoolers, as part of their volunteer service programs, would come to BBBS and look after the littles. “Those programs, because of COVID, we’ve been cut out of because we can’t go on site,” said Grauwiler. However, BBBS of Mercer County was able to continue with a supplemental program for Hightstown high schoolers to continue their volunteer mentoring over Zoom.

“More than ever, and especially at this time,  the learning loss, and the isolation that’s happening, and my daughter is 16 and she’s down the hall doing school, so I witness it firsthand every day, is profound,” said Grauwiler. “There’s real concern about how many kids are going to drop out, how many kids are going to get lost in all this, because they’re so disconnected from school, which can be such a hub of social support [and] social connection. It builds out the family network, so they have a vision for themselves, and for some kids, that’s where they get a couple of meals a day too, and that’s all been disrupted.”

With this in mind, it was imperative that BBBS of Mercer County remain open throughout the difficult year. Right now, BBBS continues to accept volunteer applications and referrals for new littles despite COVID-19. Currently, the organization is in need of “Big Brothers” to participate and mentor littles. In addition, BBBS is always in need of bilingual volunteers as well.

Grauwiler said, “We’re planning for this kind of extended virtual world with the ability to build out and be ready for when we can shift back to our way of being in community and in touch, but also, we will maintain pieces of that, because there have been many great tools that came out of these virtual opportunities. Absolutely.”