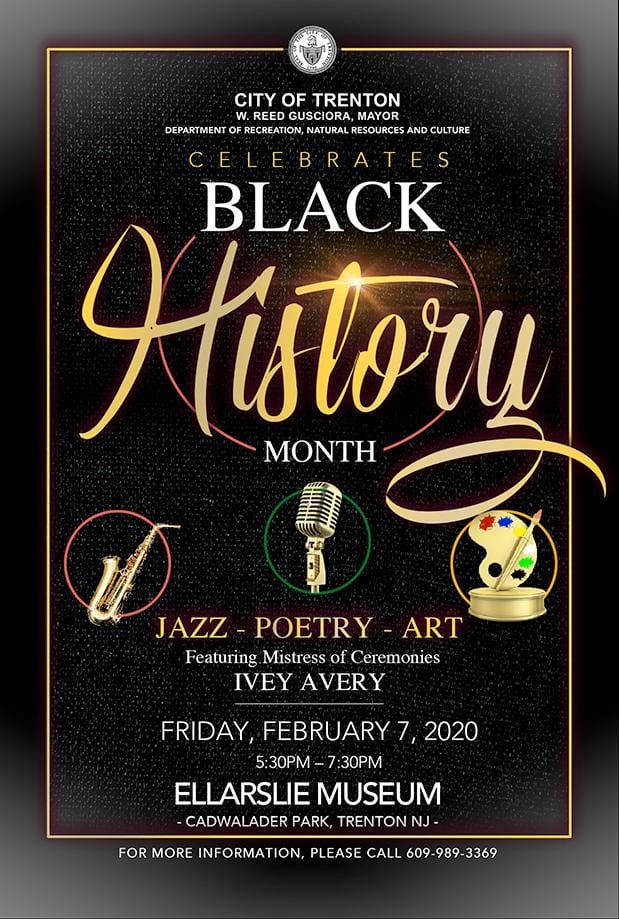 Last night, February 7th, Mayor Reed Gusciora hosted an evening of entertainment and information in honor of Black History Month at Ellarslie Mansion in Cadwalader Park (299 Parkside Avenue) featuring jazz, poetry and art in the elegant chambers of the Mansion with Ivey Avery, a well-known and avid advocate for Trenton, as the featured Mistress of Ceremonies.

Black History Month grew out of “Negro History Week,” the brainchild of noted African American historian Carter G. Woodson (1875-1950) and other prominent African Americans. It has become a national holiday, annual celebration of achievements of African Americans and a time for all to recognize the central role of blacks in U.S. history. In this pursuit, how many of these 21 prominent Black Americans can you identify?

Ms. Avery continues to be a very active founding thought-advocate behind the Heal The City billboard campaign. A retired school teacher, Ivey is a performing arts advocate that works with community groups to develop Black History programs and other types of cultural programs. She coaches students in oratorical, public speaking and other types of performing arts skills.