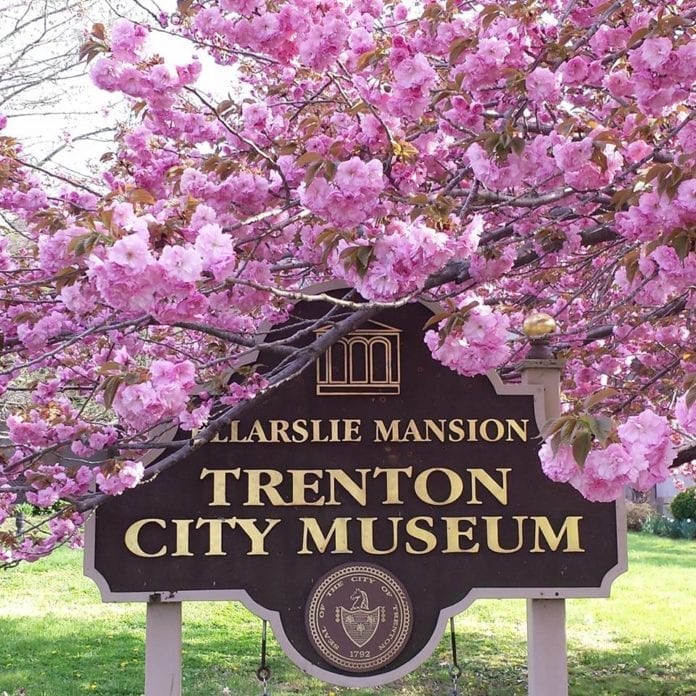 Cadwalader Park is abuzz as the Trenton City Museum at Ellarslie gears up to celebrate their 40th anniversary on October 13th. All the action started on Saturday September 15th, as they debuted two new exciting exhibits “Pushing 40” and “FVHD – Changing Face/Changing Place”. The excitement leads up to their 40th anniversary celebration “Take a Chance on Me” Celebrating 40 Years of the Trenton City Museum at Ellarslie 1978-2018.

The museum describes the exhibit this way: “More than fifty artists who have exhibited their work in small group or solo shows at the Trenton City Museum during the past forty years are returning to Ellarslie Mansion to celebrate forty years of fine art at the museum. The artwork on display in Pushing 40 speaks to the role Ellarslie has played in helping to cultivate artistic excellence over the past four decades.”

The exhibit will run through November 11th.

The museum describes the exhibit this way: “As part its celebration of 100 years of architecture, FVHD is displaying artifacts that show one hundred years of architectural contributions to buildings of significance in Trenton and surrounding areas.”

Some of their works include the Trinity Cathedral on West State Street, The 1719 William Trent House, and Arm & Hammer Park. 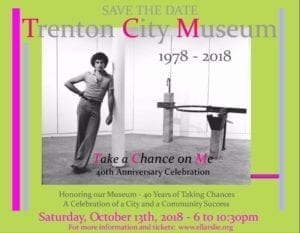 The exhibits lead up to the museum’s 40th anniversary celebration which takes place on October 13th from 6:30 p.m. -10:00 p.m. and feature dinner on Trenton-made China, signature cocktails, music, dancing on the Veranda, and chances to win one of the four original Tom Malloy watercolors that have never before been made available to the public.

The museum describes the event this way: “Forty years ago, the City of Trenton took a chance on establishing an art and history museum in the beautifully restored, historic Ellarslie Mansion, located in the midst of the city’s most precious gem, the Frederick Law Olmsted designed Cadwalader Park.

Many donors took a chance on the museum by giving valuable Trenton-made goods to the growing collection, especially porcelains and ceramics from the wide-ranging Trenton pottery industry.

Artists took a chance on the museum and exhibited in the first floor galleries where their work is shown to best advantage.

In 1973, when the Trenton Museum Society was established, in 1990 when it became the sole support group and again in 2011 when it took over programming as well as care of the collection, the members and trustees took a chance on the museum and donated time, energy and funds so that the little museum in the park could grow and thrive and become the hive of activity that artists, patrons and the wider community enjoy today.

The Trenton Museum Society invites all to “Take a Chance” with us in the celebration of the past forty years and join us as we look forward to the exciting revelations of the next forty years.”

Tickets can be purchased on their website for $125 by visiting http://ellarslie.org/save-the-date-40th-anniversary-celebration-october-13-2/.

To learn more about the Trenton City Museum at Ellarslie and all of their exciting events, visit them online at http://ellarslie.org/.