Home Community General Community Can a Link Between a Soup Kitchen and a Farm Bring Change... 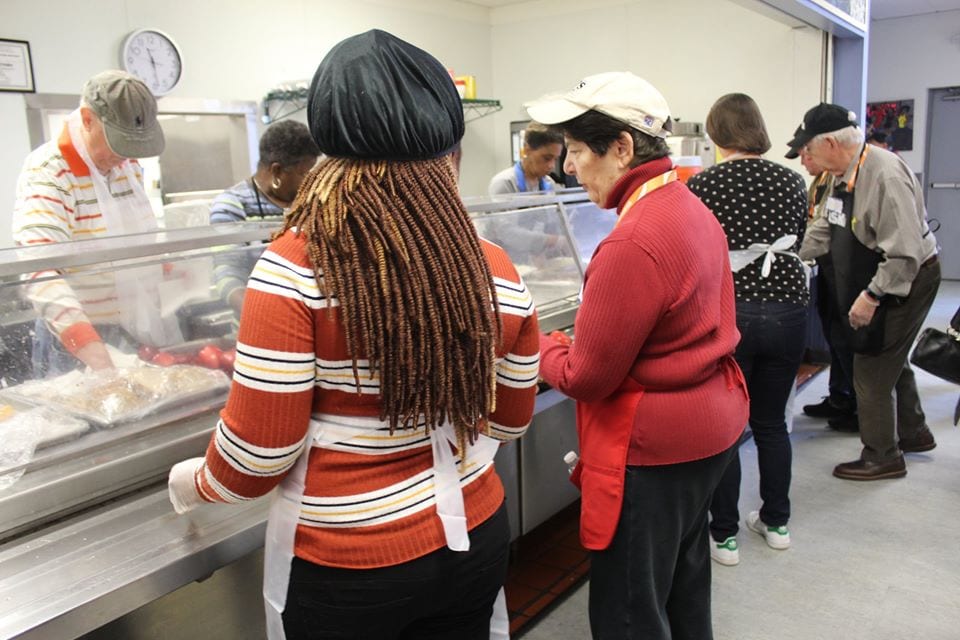 The Capital City Farm located in downtown Trenton has created a positive outlook for its surrounding communities. The farm provides a fresh produce resource for local residents and organizations, including the Trenton Soup Kitchen. Originally, the farm was an abandoned lot that was supposed to become a junkyard, and it was said to be “an eyesore” for the community. So, in 2016, seven nonprofit organizations partnered with D&R Greenway Land Trust and proposed that it become a community farm. Since becoming a farm focused on the community, it has improved the lives of volunteers, employees at the soup kitchen, homeless people and the citizens of Trenton.

To obtain research, I visited the Trenton Area Soup Kitchen which is located next door to the farm and feeds multiple meals to the less fortunate of Trenton. Jamie, the manager of programs says, “The farm adds a beautiful atmosphere to the community,” which allows outsiders to see this part of the city as a place of hope and positivity. In addition, the farm has given the kitchen the resources to add a salad bar and produce thousands of meals.

In 2019, the Trenton Soup Kitchen has produced approximately 406,284 meals and added a salad bar that allows its attendees to create their own salad with a variety of produce. Jamie continues, “It’s expensive to buy fresh food, and the farm allows us to help educate people on being healthy,” specifically refering to another program called “Weekend Meals” which provides to-go meals to the youth.

To get more quantitative information on the farm, I interviewed Adam, a kitchen services employee who shared that he was a professional chef for 13 years and decided he wanted a job where he could help others. Adam says that 70% of their produce comes from the farm and it provides a variety of vegetables. He’s somewhat new to the Trenton Soup Kitchen family, but Adam adds, “The farm provides a social gathering feel to the kitchen.”

In addition, I spoke to Bodo, a volunteer who has been helping at the soup kitchen for three years. After retiring, he felt the need to give back to his community and works once a week for three to four hours. Bodo says, “It’s the best decision I’ve made in a long time.” In his mind, the farm and kitchen have both created a positive outlook and provided Trenton a better reputation. Bodo encourages others to volunteer and asks the community to “pay it forward.”

Lastly, I interviewed Chris, a regular from North Trenton who shared that he was homeless at some point and was told to come to the Trenton Soup Kitchen for help. Usually, he only comes for lunch at 10:30 a.m., and for holiday meals. He says that the partnership is the reason, he has a job today. In his mind, the positivity has allowed him to open up and become an inspiration to others. He says, “I’m seen as a counselor to others,” and he hopes that the soup kitchen will hire him someday.

To sum up, the farm has changed many lives and continues to inspire the community in the city of Trenton. As an outsider, I now see Trenton as a positive place that is hopeful for change. I encourage everyone to volunteer their time in the kitchen: Just walk in and put a name tag on. The partnership has created a safe space for the community to come together and be diverse.