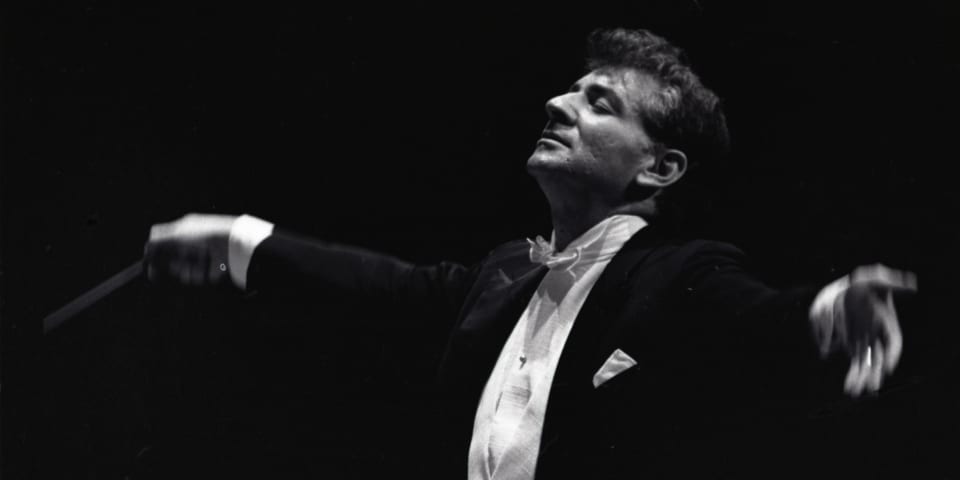 The Capital Philharmonic of New Jersey, led by Music Director & Conductor Daniel Spalding, will celebrate the Legacy of Leonard Bernstein on Saturday, October 20, 2018 at 7:30 p.m. with classic renditions of Fancy Free Ballet, Symphonic Dances from “West Side Story” and a Symphonic Suite from “On the Waterfront.” It all happens at War Memorial Patriots Theater on 1 Memorial Drive in Trenton.

Leonard Bernstein, born 100 years ago, is remembered as a passionate, larger-than-life personality—a charismatic conductor, devoted educator, pianist, and composer. He effortlessly crossed over to music of all genres including classical, opera, ballet, Broadway and film. The Capital Philharmonic of New Jersey opens its celebratory 6th season by presenting three of Bernstein’s most brilliant and enduring works—Fancy Free Ballet from 1944, a heavily jazz influenced work that is rarely performed in concert, Symphonic Dances from West Side Story, which many consider to be the best Broadway musical of all time, and On the Waterfront, which was nominated for an Academy Award for the Best Dramatic Musical Score, and won 1955’s Academy Award for Best Picture. Bernstein’s music can be jazzy and bouncy or serious and sober, but it is always stimulating and powerful. This is a concert you won’t want to miss!

Daniel Spalding’s artistic vision continues to unfold in front of growing and delighted audiences as we enter the orchestra’s sixth season. The Capital Philharmonic of New Jersey is now a respected regional professional orchestra of the highest quality with internationally acclaimed guest artists and innovative programs that have propelled the CPNJ to the forefront of this area’s arts institutions. Maestro Spalding’s more than 30 years of experience includes serving as Music Director of the Philadelphia Virtuosi Chamber Orchestra, a world class ensemble that has performed in 29 states, Europe, South America, and Mexico, and has recorded numerous acclaimed CD recordings. He has worked with many European orchestras including the London Symphony, National Russian Philharmonic, Hungarian State Opera, and many more, and has appeared on prestigious stages such as Carnegie Hall, Kennedy Center, and Moscow’s Tchaikovsky Hall.

“Daniel Spalding conducted a concert devoted to George Antheil . . . The tart, ambiguous harmonies were moved along with sophistication and strength.” – New York Times

“Daniel Spalding led the American Youth Philharmonic in a splendid concert . . . The orchestra showed an amazing sense of ensemble and intonation” – Washington Post

“Daniel Spalding found a lovely, buoyant pulse that made the music sing . . . the exotic, staggering beauty of Mahler was conveyed with amazing precision and concentration” – Philadelphia City Paper