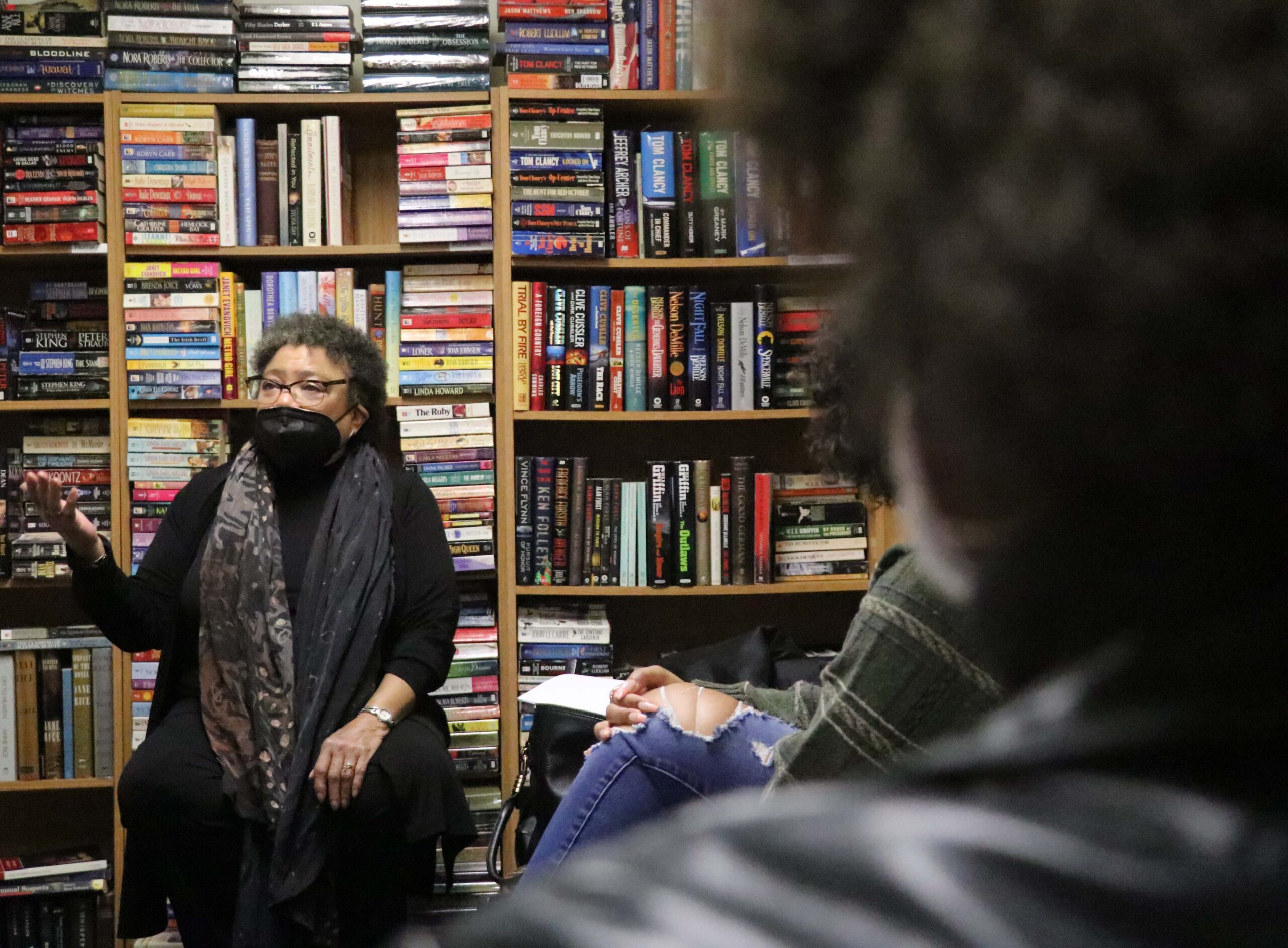 In the back room, surrounded by Fantasy, Sci-Fi, and History books, a group of Trenton residents took shelter and sanctuary in Classics Bookstore to learn from Angela P. Dodson, author of Remember, The Ladies: Celebrating Those Who Fought For Freedom at the Ballot Box. They listened to Dodson as she took them on a deep dive into the early 20th century to learn about the women of America who fought for the right to vote.

Dodson explained that her editor had pitched her the idea for the centennial in 2017. “That was not a subject I have ever thought about writing, but I did enough research to write a book proposal for her and I became very interested in every person I read,” Dodson said. “About conflict within the movement and everything, the role of the abolitionists, you know, involvement of Frederick Douglass; things that I had no idea about, and I was able to study it and put it together.”

People came from across New Jersey to show their support for Dodson and learn about the women who changed history. Adrienne King, President of Alpha Kappa Alpha, the same Sorority Dodson is a part of, explained that it was great to see a fellow member succeeding. “Especially coming off of the month of March. What better opportunity than to, not only, share with us her book but her knowledge,” King said.

Those at the book signing event explained that reading Remember, the Ladies celebrating those who fought for freedom at the ballot box was like reading a different book every time. Dalila Springer, a member of Alpha Kappa Alpha Sorority Incorporated, said she enjoys that aspect.

For Dodson giving people this knowledge to use in the future is why she writes and records history. “It’s a wonderful feeling to know that people are reading it and learning from it,” Dodson said, “I’ve talked to audiences all over the country. Small groups, big groups, high school students, graduate students, all kinds of people…I wanted it to be a conversation starter about women and women’s power and politics and how we use it and how we don’t use it. Why can’t we be president yet? Things like that. And you know, it has served that purpose.”