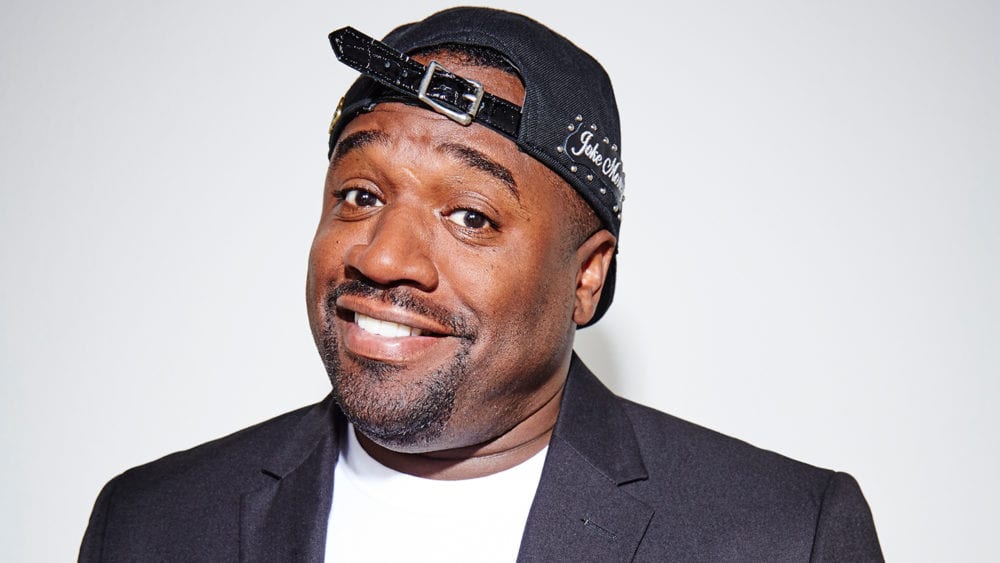 Corey Holcomb is an American comedian, radio host and actor. Born and raised in Chicago, Illinois, Holcomb got his start in comedy with the help of another Chicago-area comedian, Godfrey. He hosts his own internet show, The Corey Holcomb 5150 Show, which currently airs Tuesday nights, live on YouTube.

Following a short college basketball career, Holcomb began a career as a stand up comedian. Holcomb, along with comedians Godfrey and DeRay Davis, emerged as the face of Chicago’s comedy scene in the late 1990s.

Most of Holcomb’s standup material revolves around relationships, particularly relationships gone wrong. In addition to touring the country, he has been a regular on the stand-up/improv-based television shows Comic View, Def Comedy Jam, Last Comic Standing, and Nick Cannon Presents Wild ‘n Out.

It all happens at Patriots Theater at The War Memorial Building at 1 Memorial Drive in Trenton, NJ. Tickets are $50 for VIP, $40 for lower level and $30 for balcony seats. For information, call 609-638-7596 or visit PForceProductions.com.