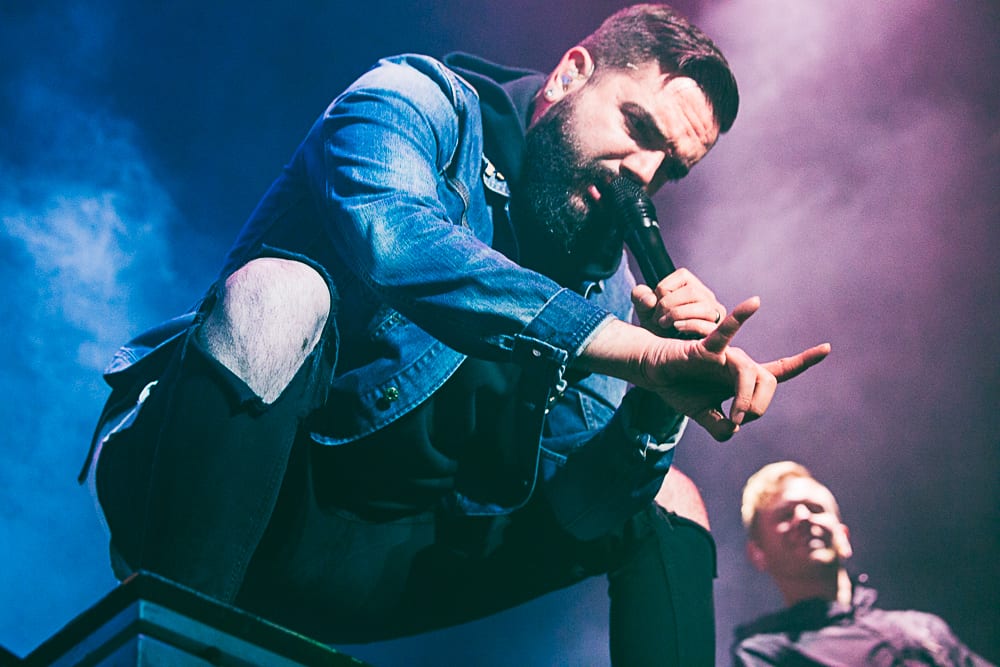 Celebrating 20 great years of entertainment in the Capital City, Cure Insurance Arena is quickly positioning itself as a major entertainment venue with prominent artists drawing large crowds and filling more of the 10,500-capacity venue. From February to July of this year, over 44,225 patrons walked through the doors of the CURE Insurance Arena, which placed the arena on Pollstar’s 2019 Mid-Year Worldwide Ticket Sales ‘Top 200 Arena Venues’ List. Today, this momentum continues to build as more and more popular artists and shows gain traction.

One of the most notable events during the first half of 2019 was the debut of Old Dominion who brought their ‘Make it Sweet Tour’ to CURE Insurance Arena on June 1. Country stars Ryan Griffin, Jimmie Allen, and Morgan Evans opened the show and set the mood for the night before the 2019 ACM Country Group of the Year took the stage in front of a lively crowd of over 6,000 guests.

“We’ve been making some great strides with recent concert and comedy bookings at the CURE Insurance Arena and our number one priority is bringing content to the arena,” said Fran Rodowicz, General Manager of CURE Insurance Arena. “This year alone we’ve hosted 6 national touring shows on top of 4 Indian concerts and the regular family show entertainment that we have coming to Mercer County.”

The year kicked off with the much anticipated return of Disney on Ice presented by Feld Entertainment. Over the four-day span from January 3-6, close to 25,000 guests walked through the arena doors to see one of the seven performances of Disney on Ice 100 Years of Magic.

Following Disney on Ice was another fan favorite, the world famous Harlem Globetrotters, who made their 26th appearance at CURE Insurance Arena on March 2nd during their Fan Powered World Tour. American ventriloquist and comedian Jeff Dunham made his 6th appearance on St. Patrick’s Day drawing a close to sell-out crowd for his Passively Aggressive Tour, followed by WWE Live just a few days later on March 22.

On November 10, 2019, the streets of Trenton were packed as thousands of concertgoers flooded sidewalks and buses on their way to Cure insurance Arena to see the popular Rock Band A Day to Remember. Read NJ.com’s article here.

Over the course of the past several years, each of A Day To Remember’s releases have hit No. 1 on Billboard’s Rock, Indie and/or Alternative Charts. They’ve also sold more than a million units, racked up over 400 million Spotify streams and 500 million YouTube views, garnered two gold-selling albums and singles (and one silver album in the UK) and sold out entire continental tours (including their own curated Self Help Festival), amassing a global fan base whose members number in the millions. All of which explains why Rolling Stone called them “An Artist You Need To Know.”

“We just announced Cirque Du Soleil’s Crystal for five shows in May of 2020 and have another major show announcement coming this week,” said Rodowicz . “We’re in constant contact with promoters such as Live Nation, AEG and Feld Entertainment and are looking forward to building upon our recent successes.”