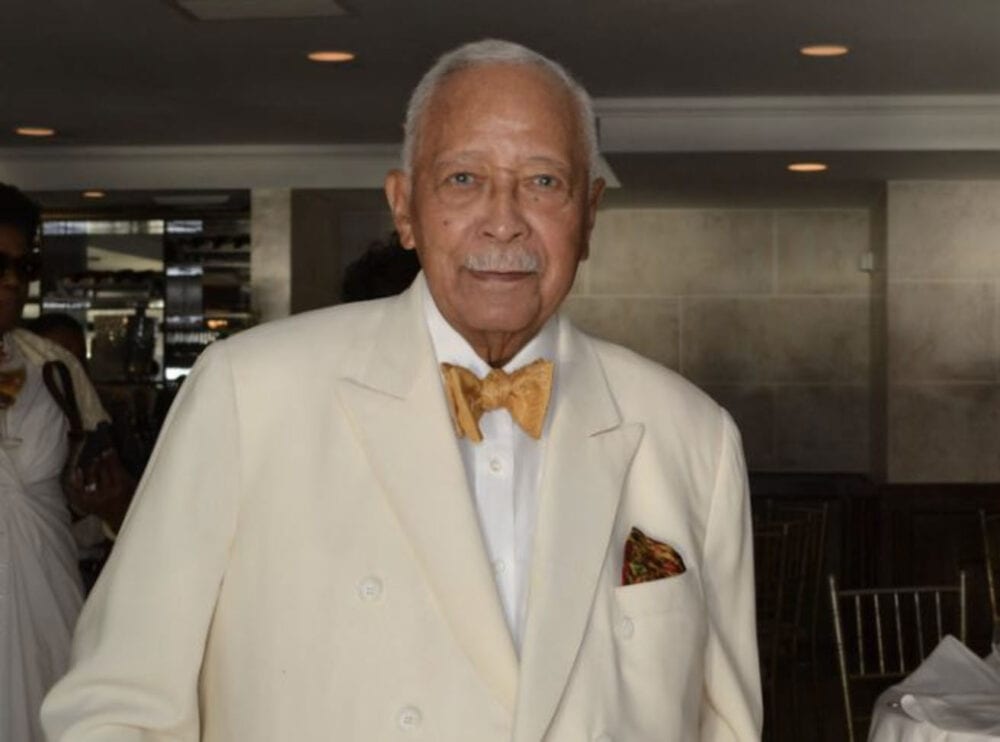 During his time as mayor, between 1990 and 1993, Dinkins faced the challenge of unifying a racially and economically divided city. In a polarized state, New York City looked to Dinkins to restore the sense of peace throughout conflicting neighborhoods.

Before attaining his legacy as the first and only Black mayor of New York City, Dinkins spent a portion of his young life balanced between Harlem and the City of Trenton. Born in Trenton on July 10, 1927, Dinkins was raised by his mother, Sarah “Sally” Lucy, and his father, William Harvey Dinkins Jr. The two split when Dinkins was only six years old, causing him to simultaneously live in both states as a child.

Dinkins graduated from Trenton Central High School in 1945 at the top 10 percent of his class. He then went on to graduate from the highly acclaimed, historically Black institution, Howard University, with a degree in mathematics in 1950. Six years later, in 1956, Dinkins received his LL.B from Brooklyn Law School.

During that interview, Dinkins said, “I say always that each of us stands on somebody’s shoulders, and I stand on the shoulders of some of the heroes that you have listed here; Martin Luther King [Jr.], Malcolm X, Harriet Tubman, Sojourner Truth, and I always include Percy Ellis Sutton.”

Having the background in municipal government aided in Dinkins win for Mayor of New York City on November 7, 1989. That year, he defeated three-term mayor Ed Koch and two others in the Democratic primary along with Republican nominee, Rudy Giuliani.

Throughout his time in office, New York City was facing a deep recession swarmed with homelessness, record budget gaps and controversial economic scandals. As Mayor, Dinkins spent years attempting to mend the struggling city he inherited.

He continued to say, “David Dinkins turned this city around and turned the perception of this whole country around.”

Governor Phil Murphy said, “The son of a Trenton barber and real estate broker, David Dinkins rose to lead New York City out of a time of political turmoil, seeking with a steady hand to heal longstanding rifts that had divided its residents. He faced early on the forces of discrimination that he would later commit his public career to breaking down when, as a student at Trenton Central High School, he wasn’t allowed to use the school’s swimming pool because of the color of his skin.”

He continued, “That he was New York’s first Black mayor cemented a place for him in history, but he brought in other leaders who mirrored the City’s diversity, and initiated many of the changes that renewed its place on the world stage as a cultural center. Tammy and I send our condolences to David Jr. and Donna, and their families and friends, and all who worked alongside Mayor Dinkins. Our flags will fly at half-staff in his honor. May he Rest In Peace.”

Democratic State Chairman John Currie showed his condolences as well. “David Dinkins was a role model for African American political leaders throughout the country as the first Black mayor of New York City and I always found him to be a great inspiration and a tremendous public servant. I had the honor of meeting Mayor Dinkins on a number of occasions and he was a kind, decent and thoughtful man who made tremendous progress in his time as mayor, helping usher in a new era for the greatest city in the world,” he said. “On behalf of the New Jersey Democratic State Committee, I offer my condolences to his family and my hopes that Mayor Dinkins’ legacy as a groundbreaking political leader will continue to live on.”

In addition to the vast amounts of official support, Mayor Reed Gusciora of Trenton released a statement in response to Dinkins’ loss.

He said, “For many [Dinkins] was a historic icon, the first and only Black Mayor for our country’s largest city. For us, he was an important part of the Trenton community, a resident of Spring Street, a graduate of Trenton High School, and a member of the Shiloh Baptist Church, where his father was a Deacon. Mayor Dinkins often came back to visit our city over the years.”

According to Mayor Gusciora, Dinkins looked forward to the dedication ceremony for the new Trenton Central High School last year. However, as his health declined, he was unable to attend.

“I like to think that living in this city helped shape his progressive positions on economic and racial equality, taking the values we hold dearly in Trenton and broadcasting them to an even bigger stage,” said Mayor Gusciora. “I’m sure his memory will live on and inspire future generations of Trentonians to improve the lives of the disadvantaged, not just here but throughout the country.”