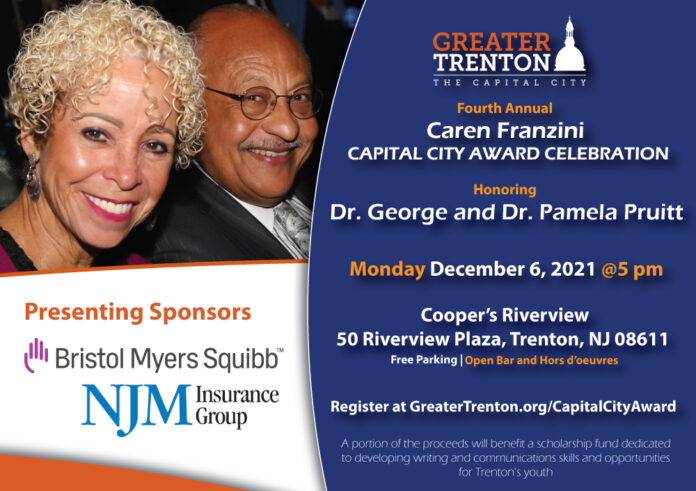 Drs. George and Pamela Pruitt are experienced, passionate, and highly motivated educational leaders who proudly call the Trenton area their home, often noting its exciting proximity to both Philadelphia and New York City. Between the two, they have 50+ years of experience in higher education. They are noted for their leadership work at Thomas Edison State University and Rider University, respectively, where they have taken great strides to achieve climates of diversity, equity, and inclusion. George and Pamela are each well known for pioneering and leading successful new projects in and out of the education sector to achieve ambitious goals.

Dr. George A. Pruitt, president emeritus of Thomas Edison State University, was instrumental in the conception and formation of Greater Trenton and served with great distinction as President of the founding entity known as Capital City Partnership and as a founding member of the subsequent Greater Trenton Board of Directors. His exemplary leadership and guidance helped to shape and advance Greater Trenton’s mission to facilitate the development and revitalization of New Jersey’s Capital City. He has given selflessly of himself, serving as a committed champion of the community to provide alternative access to collegiate education and to promote economic growth by renovating historically significant properties and developing high-quality new buildings. 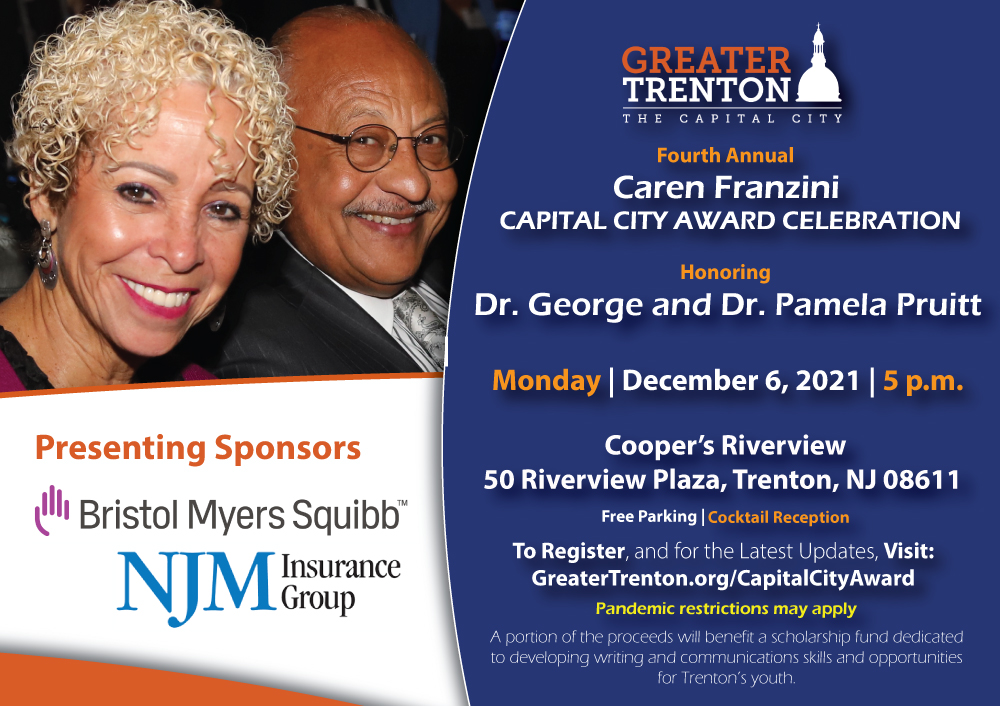 Grammy award winner, Dr. Pamela Pruitt, is President and Facilitator of THE NEXT LEVEL CONSULTING, LLC. She has an extensive and diverse background in media and marketing, having held significant positions at Motown Records/Jobete (Jo-bet) Music Company, CBS Television, Warner Bros. Records, Delta Air Lines, ABC Radio Networks, New Jersey State Council on the Arts, CBS/Westwood One, the Wall Street Journal Radio Network, and WIMG/Morris Broadcasting of NJ, Inc. Currently serving as Executive Director of the Center for Diversity and Inclusion at Rider University in Lawrenceville, NJ, Dr. Pamela Pruitt is responsible for promoting unity, diversity, equity, and inclusion among the campus community through best practices, programs, training, celebrations, and community outreach. She is also an adjunct professor in the College of Liberal Arts and Sciences, Department of Communication and Journalism, at Rider, and a part-time lecturer at the School of Communication & Information (SC&I) at Rutgers University in New Brunswick, NJ.

Past honorees of Greater Trenton’s Caren Franizini Capital City Award have included Anthony “Skip” Cimino, an instrumental leader in the conception and formation of Greater Trenton and serves as Executive Director of the NJ General Assembly Office; Congresswoman Bonnie Watson Coleman, a long-time public servant and advocate for New Jersey families who was elected in 2018 to her third term in the U.S. House of Representatives; and Anthony R. Coscia, Esq., a close friend and mentor of the late Caren Franzini and partner at Windels Marx Lane & Mittendorf, LLP.

A portion of the proceeds from this event will be allocated to scholarships and internships for Trenton’s youth. For more information about Greater Trenton’s Caren Franzini Capital City Award Celebration, please visit www.greatertrenton.org/CapitalCityAward.