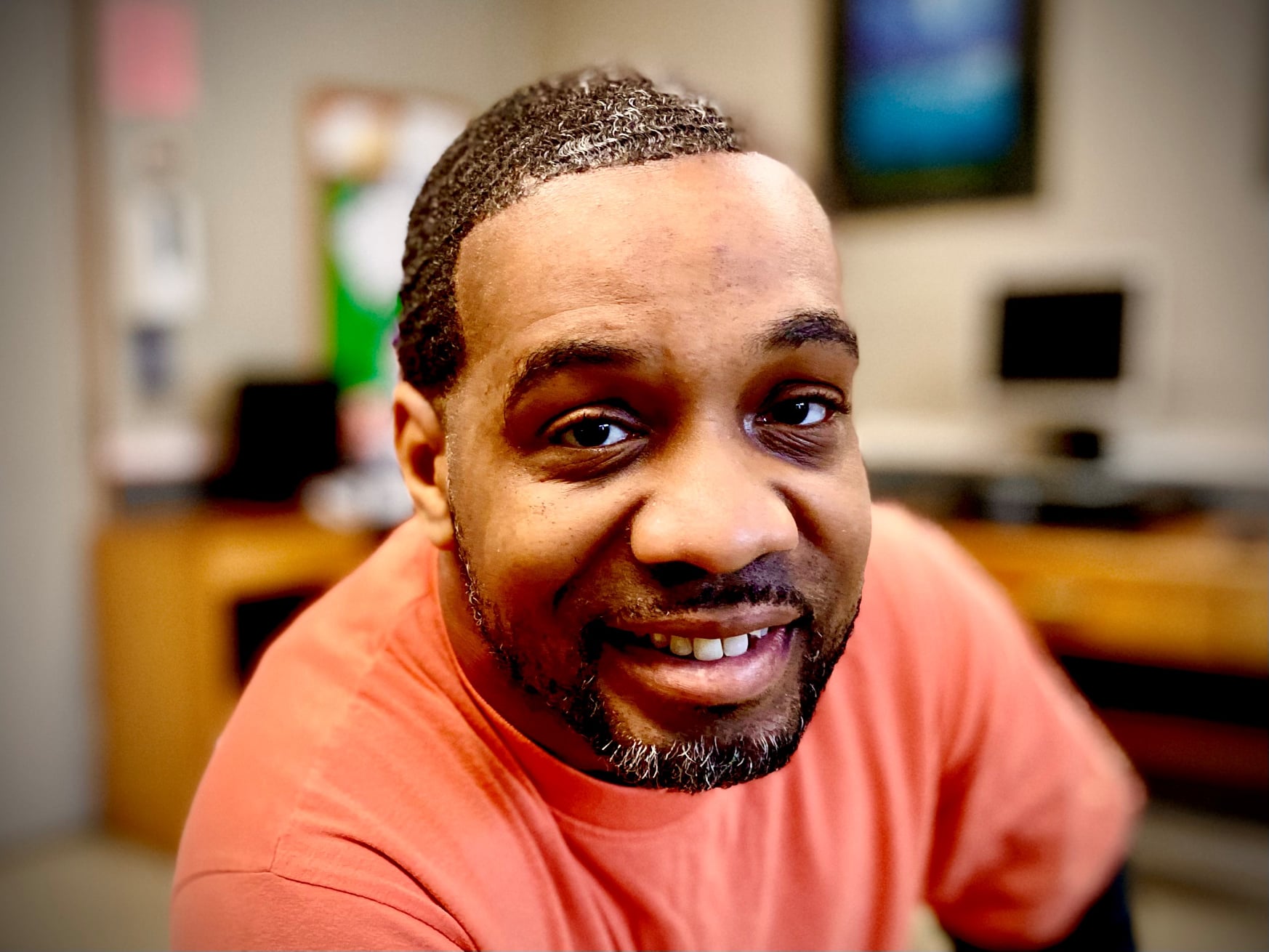 Simone Johnson has been cutting hair since he was in high school. His father was a barber, so his talent might have been genetic. Or it could have come from the deep connection he had with his dad. Either way, he said, “I like helping people look good.”

While he was also in high school, Johnson was a wide receiver on Palmyra High School’s football team. He said he was living and breathing football, dreaming of being drafted by the pros. Then, during his junior year, in a close game against an archrival, all he remembered was reaching up to catch a pass when a defender clipped him, and he heard a pop. Tucking the ball under his arm, he tried to run. Then he stopped in his tracks. His collar bone was fractured.

That was when he was introduced to Percocet. “It didn’t take long for me to start using it heavy,” he said. “Then instead of playing sports, I started hanging out with the wrong crowd…and I didn’t graduate.”

A few years later, Johnson did get his GED, but he said he was still using Percocet heavy. While working in a warehouse, he eventually got “locked up for possession.” During a six-month stint in Camden County jail, he said, he got back to cutting peoples’ hair again. “When nothing else in your life is going your way, at least having your hair cut can make you feel good,” he said.

While attending two rehabilitation centers, he became the unofficial in-house barber. Fast forward to the middle of last December when Johnson was offered the opportunity to be in Recovery Court and go through The Mission’s Behavioral Health program.

He was then selected to be one of two individuals at The Mission to participate in the Penn Restorative Entrepreneurship Program, a class where, in partnership with faculty and graduate students, previously incarcerated individuals develop and present their own business plan to possible investors.

This ten-week, intensive program was developed collaboratively between The Mission and the University of Pennsylvania.

Barrett Young, Chief Executive Officer of The Mission and a co-founder of this innovative program, said the participants are carefully selected, based on several criteria, including the depth of their commitment to recovering, their belief in themselves, and their entrepreneurial passion.

Johnson is focusing on developing a Mobile Barber Shop. “The pandemic has, understandably, made people afraid of coming together. So even getting your hair cut now seems worrisome,” he explained. “Yet barbershops have traditionally been a center of community activity. So that connection has been lost. That is the need I want to fill. I want to bring that community atmosphere back to getting your haircut.”

To earn revenue, some of his initial ideas include bringing his traveling barbershop to Senior Citizen Centers and Halfway Houses, where he hopes to get ongoing contracts to create a revenue stream.

“I also want ‘giving back’ to be part of my brand,” he said. So, he will give free haircuts to children and people experiencing homelessness.

For now, as Johnson said, “Walking onto the campus is a completely different world than where I came from. Everybody looks ambitious, focused, and driven to succeed. But the students and faculty are treating us all as though we belong there. It’s amazing. And I am very grateful.”