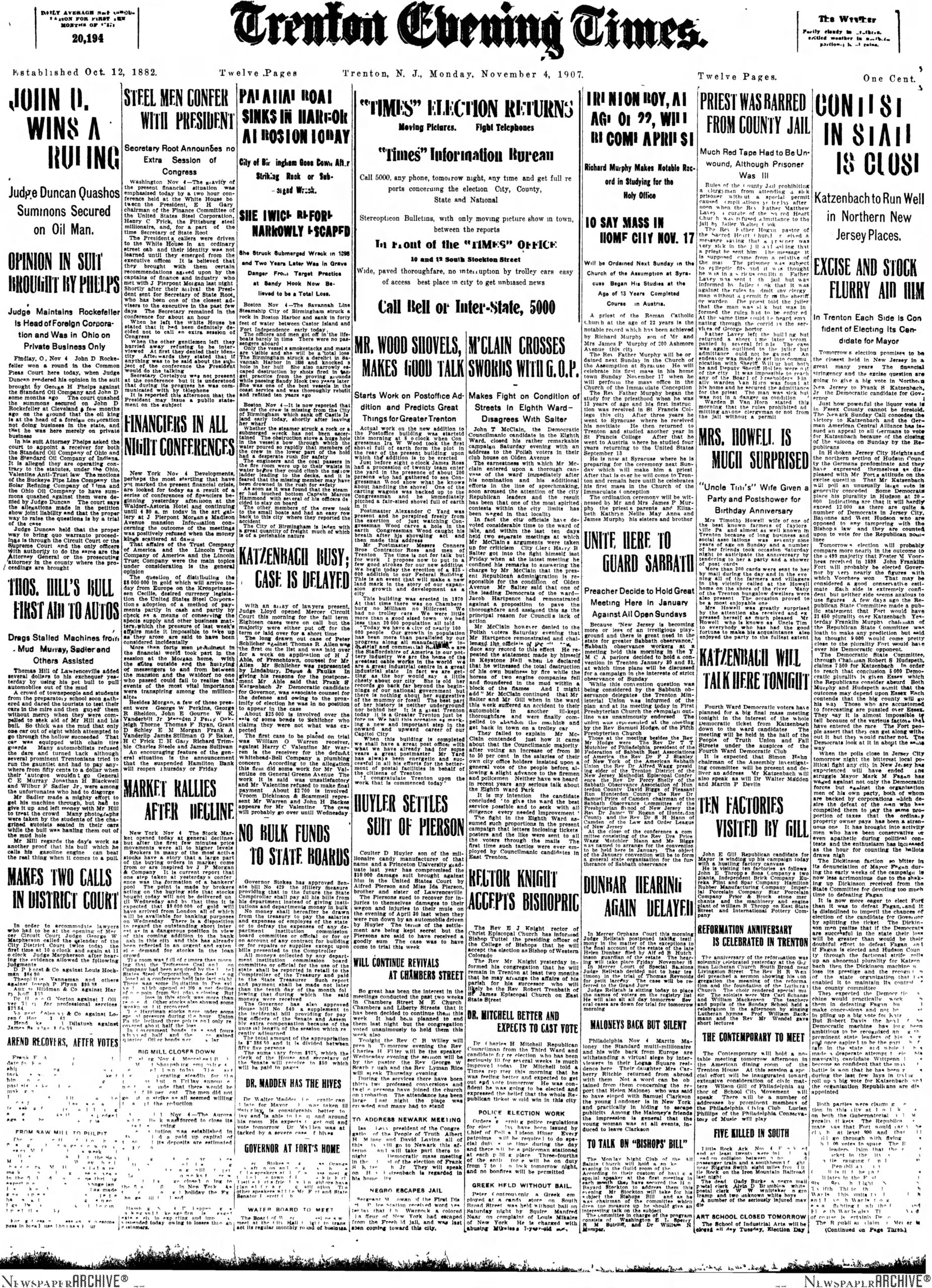 Today, we go back in time to November 4th, 1907. It was a political Monday and the “Times” election returns were being advertised. Any phone call to 5000 would get full reports on city, county, state, and national elections. At the time, the city’s population was nearly 100,000 people (as reported by the paper), up 80,000 from the 1870s due to progress in manufacturing, industrial and commercial job opportunities.

A new addition to the Post Office building began at 8 a.m. as Congressman Ira W. Wood took the first shovel full of earth from the plot in the rear of what was the present building at the time. While the actual location was not revealed, in the article, Woods predicts “great things for Greater Trenton.” The Post Office building was erected in 1870. At that time, according to paper, “there was no Chambersburg, no Millham, no Hillcrest.” The total cost of the Federal Building addition was a whopping $25,000.

Trenton Ministers passed a resolution concerning the death of the Rev. Dr. L B Hartman. The resolution was one of appreciation for the services performed by the Rev. Hartman.

From stereopticon bulletins with the only moving picture show in town to misgivings by the son of a millionaire candy manufacturer, the visions of a past city are vivid as we continue to take the journey down Historic Trenton’s Day in the Life. 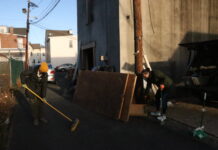 HUTT Community Hub: A New Way to Get Information in Trenton