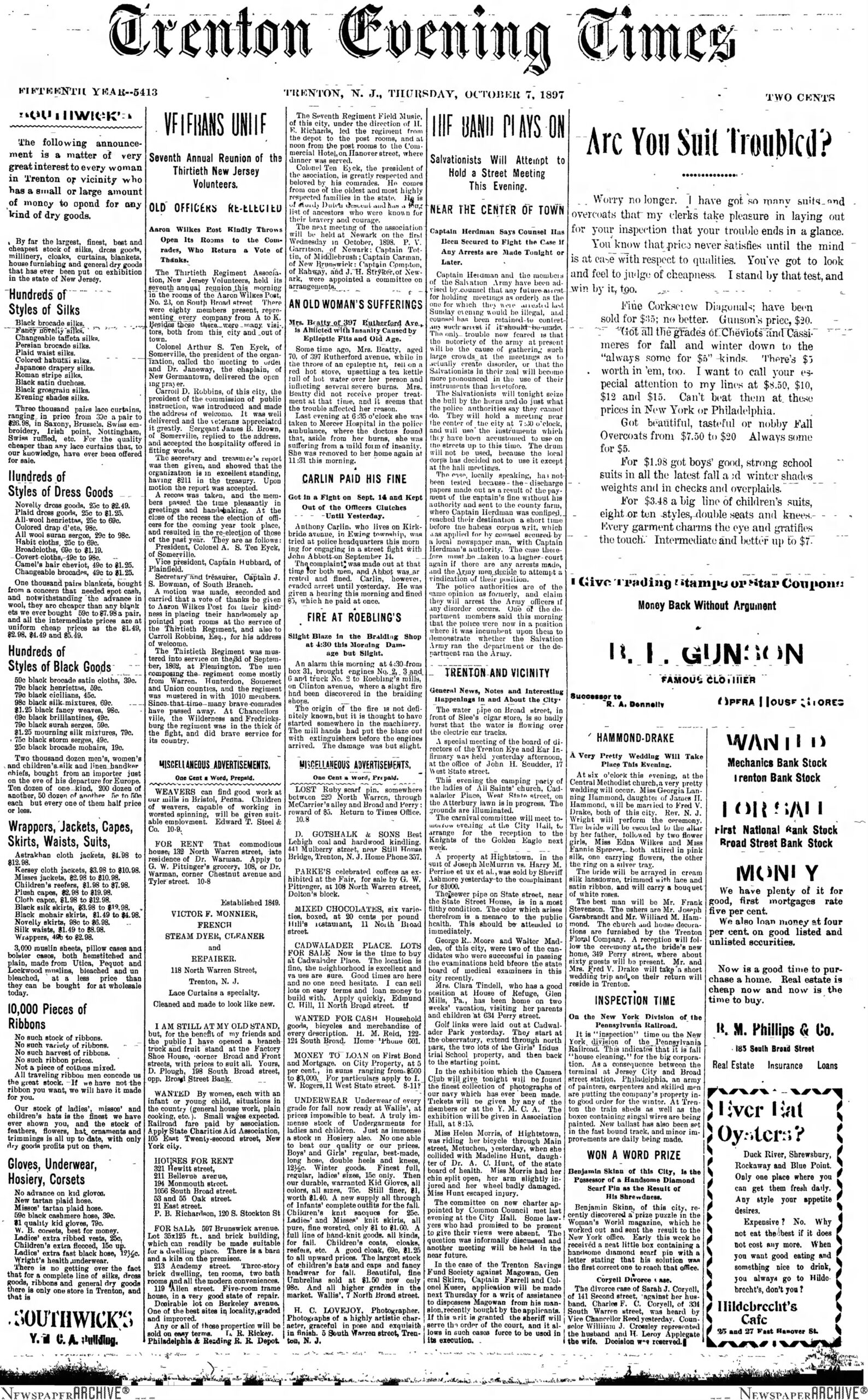 Today, we go back in time to October 7, 1897, where the lead stories were Veterans Unify: Seventh Annual Reunion of the Thirtieth New Jersey Volunteers; and The Band Plays On: Salvationist Will Attempt to Hold a Street Meeting.

In the first of the two stories, the thirteen Regiment Association held its 7th reunion that morning and named its newest committee members. Members of the Salvation Army were warned by police that they could not hold their meeting in the city square. “The only trouble now feared is the notoriety of the army at present will be the cause of gathering such large crowd at the meeting as to actually create disorder…,” the newspaper reads.

The largest advertisement on the front page is a column selling suits. It reads: “ARE YOU SUIT TROUBLED? Worry no longer. I have got so many suits and overcoats that clerks take pleasure in laying out for your inspection…your troubles end at a glance.” The average price for a suit was between $8.50 and $15; $1.98 for the boy’s school suits.

In other news, Mrs. Beatty, age 70, has been diagnosed with insanity and Anthony Carlin was tried at police headquarters for engaging in a street fight on September 14. There was also a slight fire at Roebling Mill.

From a pipe breaking and damaging cars to mix chocolates being sold in varieties at 20 cents per pound on North Broad street to news from New Orleans about the Yellow Fever spreading across the city, the visions of a past city are vivid as we continue to take the journey down Historic Trenton’s Day in the Life.