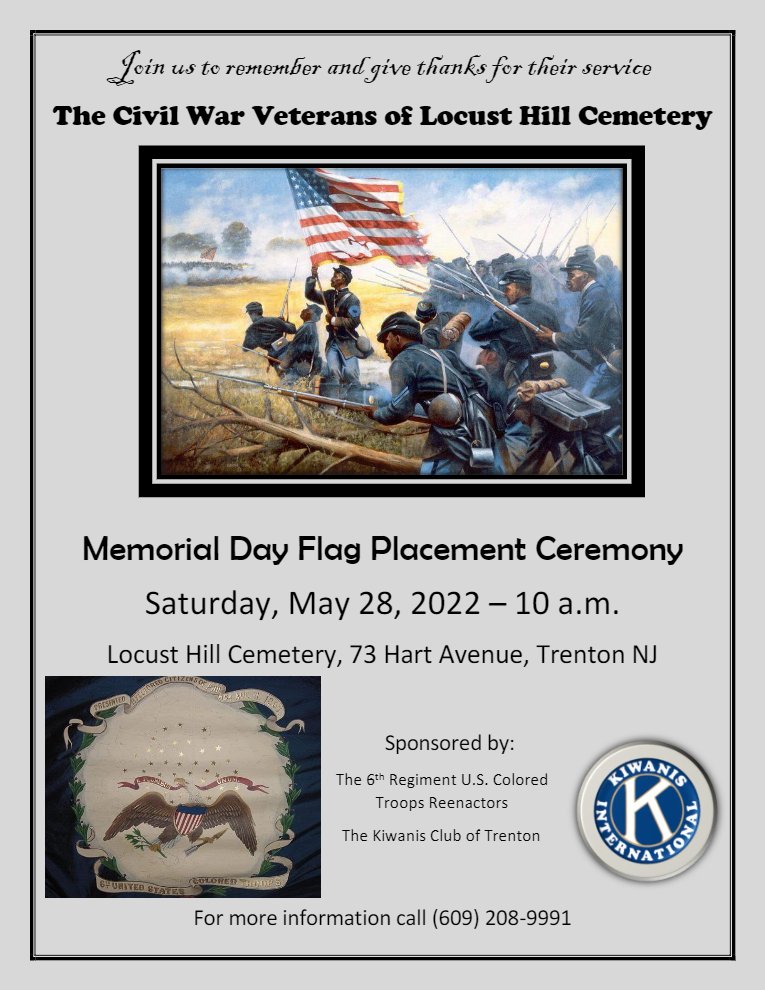 At least ten African American Veterans of the Civil War rest in Trenton’s Locust Hill Ceremony. Since their deaths, much has changed in Trenton, and even at their gravesites, in the century that has passed. Locust Hill is the city’s largest remaining African American burial ground, but it was neglected for many years.

It is now the subject of a restoration effort that has brought together residents, multiple city groups and civic leaders.

On Saturday, May 28, 2022 at 10 a.m. the public is invited to join them in honoring the veterans interred at Locust Hill in a traditional flag placement ceremony. The Cemetery is located at 73 Hart Avenue in Trenton’s East Ward. Ten flags will be planted in the Cemetery sod during the ceremony, one for each of the Civil War veterans buried there.

The exact locations of their graves are unknown, and the identity of four of the veterans is “known only to God.” Nonetheless, they will be remembered with respect and gratitude for their service during our nation’s greatest hour of trial.

The flag placement is sponsored by the 6th Regiment U.S. Colored Troops Reenactors and the Kiwanis Club of Trenton. The ceremony is free and the public is encouraged to attend. For more information, please call (609) 208-9991.