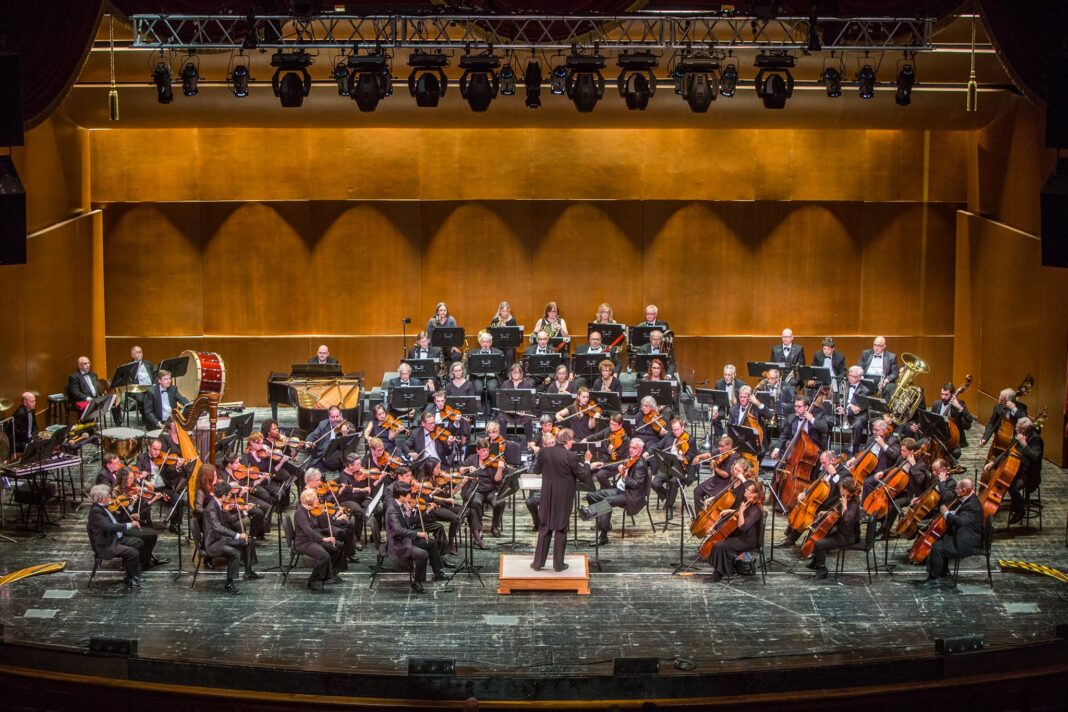 Back by popular demand is a repeat performance of Peter Boyer’s Ellis Island: The Dream of America. Five years ago many in the audience had tears in their eyes from this powerful work. Ellis Island: The Dream of America, performed by the Capital Philharmonic of New Jersey, celebrates the historic American immigrant experience and the American dream.

Innovative in its format, the work brings elements of the theatre and multimedia into the concert hall, employing actors and projected historical images from the Ellis Island archives. Seven actors recite stirring reminiscences of new Americans from Poland, Greece, Belgium, Hungary, Ireland, Russia, and Italy.

Written in 2002, Ellis Island: The Dream of America has been performed by all the major American orchestras to great acclaim. In addition, we open the concert with two other masterful Twentieth Century American works: Variations on America by Charles Ives and Appalachian Spring by Aaron Copland, a profound work that truly evokes the American spirit.

The event takes place on Saturday, October 23, 2021 at 7:30 p.m. at Patriots Theater at the War Memorial located at 1 Memorial Drive in Trenton, NJ.