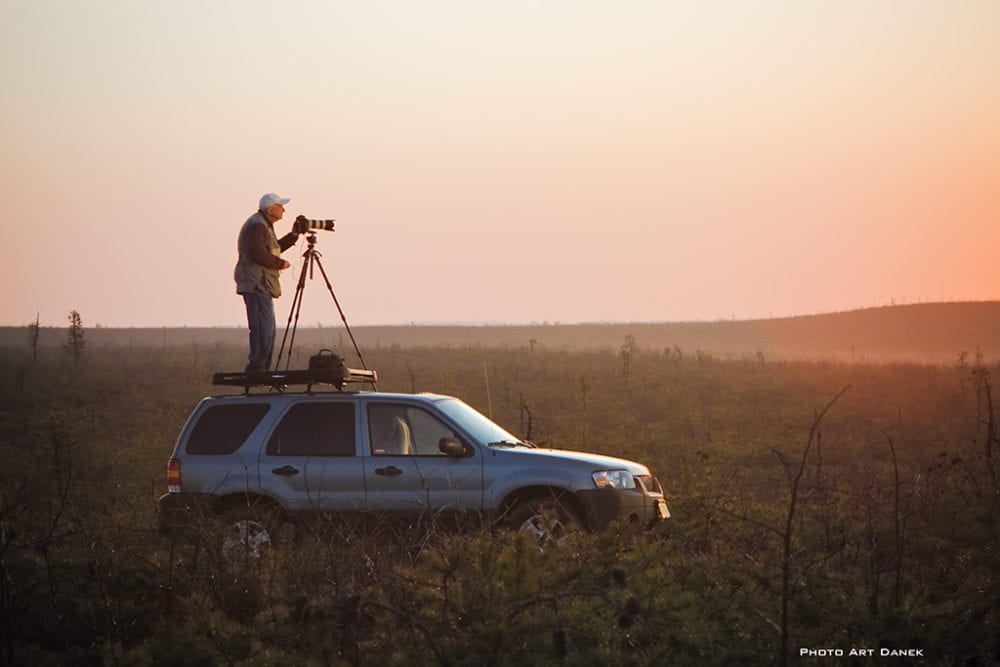 Millions of New Jerseyans have probably driven through the Pinelands on their way to the “Shore”, thinking that scruffy pine trees in sandy soil were pretty much all the Pinelands has to offer. Add a glimpse of a high-gliding hawk or perhaps a sighting of the Jersey Devil itself, and the journey is complete. Well, if so, they missed the real experience to be had in the largest coastal preservation open space between Maine and Florida. Quietly-engaging photographs of this 1.1 million acre refuge is now on exhibit at the New Jersey State Museum – Preserving the Pinelands: Albert Horner’s Portraits of a National Treasure.

The exhibit offers images that capture the calm beauty and intimate landscapes of the Pinelands National Reserve by photographer Albert D. Horner. Along with artifacts from the Museum’s collections that tell stories of the land, animals, people and industries that make the Reserve a state and national treasure, the exhibit is a masterful creation which celebrates the 40th anniversary of the Pinelands Preservation Act, considered by former Governor Brendan Byrne to be his most important accomplishment.

Horner’s work is best understood as a faithful recording of the varying forests, cedar swamps, meandering waterways and native wildflowers that make the Pinelands unique. In addition to being home to rare plant and animal species, the Reserve also contains archeological sites and a vibrant cultural history of craftspeople, industry and agriculture. The exhibit speaks to all of these and is an event for all the family.

Albert D. Horner, a self-taught, award-winning photographer from Medford Lakes, brings both curiosity and reverence to his craft. “Although the Pinelands does not have mountain peaks or lush valleys with babbling streams, it does have a beauty and uniqueness all its own,” says Horner.

Horner began taking 35mm photos as a hobby, working first in black and white and then in Kodachrome. He visited scenic locations in the United States and abroad, but wasn’t quite satisfied with the images he produced. He soon realized he needed a subject close at hand where he could monitor light and weather conditions in all seasons. For the Medford Lakes resident that subject was the Garden State’s Pinelands, a place he had explored since childhood.

In the past decade, using digital photography, Horner has produced more than 150 stunning Pinelands images, some 80 of these appear in his 2015 monograph, “Pinelands: New Jersey’s Suburban Wilderness.” A Pinelands Preservation Alliance board member, Horner uses his art to advocate on behalf of the ecologically important region, giving presentations and exhibiting his images. Horner says, “My greatest dream is to capture the beauty of the Pinelands and, then, have those images help preserve it.”

The exhibit is open through June 28, 2020, at the New Jersey State Museum, 205 West State Street, Trenton, from 9:00 a.m. to 4:30 p.m. from Tuesday to Friday. Concerning weekend hours, see: https://www.state.nj.us/state/state/museum/visit-hours-admission.shtml Admission is free and limited parking is available in an underground garage adjacent to the museum.  For more information regarding Albert Horner, visit:  www.pinelandsimagery.com.