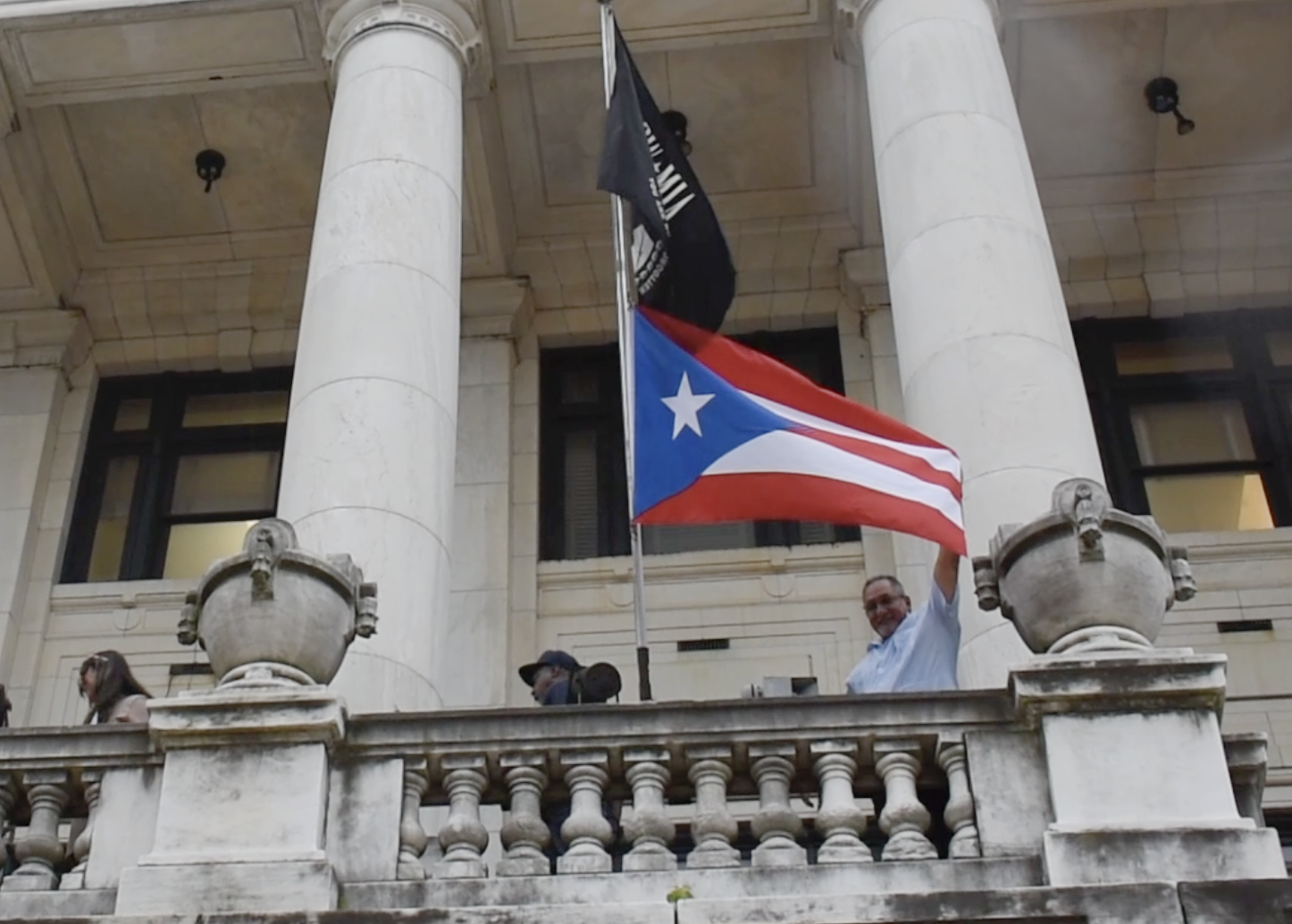 The event, which began at 5 p.m., was organized by the Trenton Puerto Rican Parade committee. It was initially supposed to be help outside, however, due to poor weather, the ceremony was moved indoors.

“Lord, we ask that you open our eyes to see this day as a remembrance to all of us that this flag, the Puerto Rican flag, represents more than just woven fabric, or random colors or random design, but Father, that this flag represents the people who have scarified; not just for their own but for others as well,” said Rev. Barry Vazquez, pastor and founder of Living by Grace Fellowship, in his opening prayer. “[The Puerto Rican flag] is a symbol of people with a continued desire for peace and prosperity; a people not woven with fabric but a people interwoven with a vibrant array of many powerful cultures with the love of family and community.”

“Trenton has a great connection to Puerto Rico,” said Mayor W. Reed Gusciora. “Our community, our spirit, is still alive in this city; and every year when we do the Puerto Rican Day Parade, we get to see and show off the vibrant community Trenton does have, of all ages, and sizes, and religions, and cultures.”

According to the 2019 U.S. Census report, Trenton’s population is approximately 38.1 percent Hispanic. That is equivalent to 31.8k Trentonians. Just last Wednesday, July 28, the city also raised the Peruvian flag in honor of the country’s bicentennial celebration of independence.

Present at Thursday’s celebration was a variety of Trenton city officials. Councilman Santiago Rodriguez and Verlina Reynolds-Jackson stopped by to say a few words and celebrate. Additionally, the 2019 Trenton Puerto Rican Parade Queen and Princess (who carried over their position due to the cancelation of the 2020 parade) attended the event.

Watch some of the flag-raising ceremony highlights below: 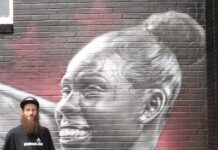 The Face behind the Athing Mu Mural 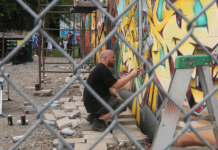 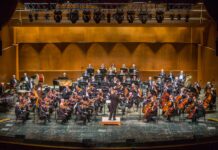