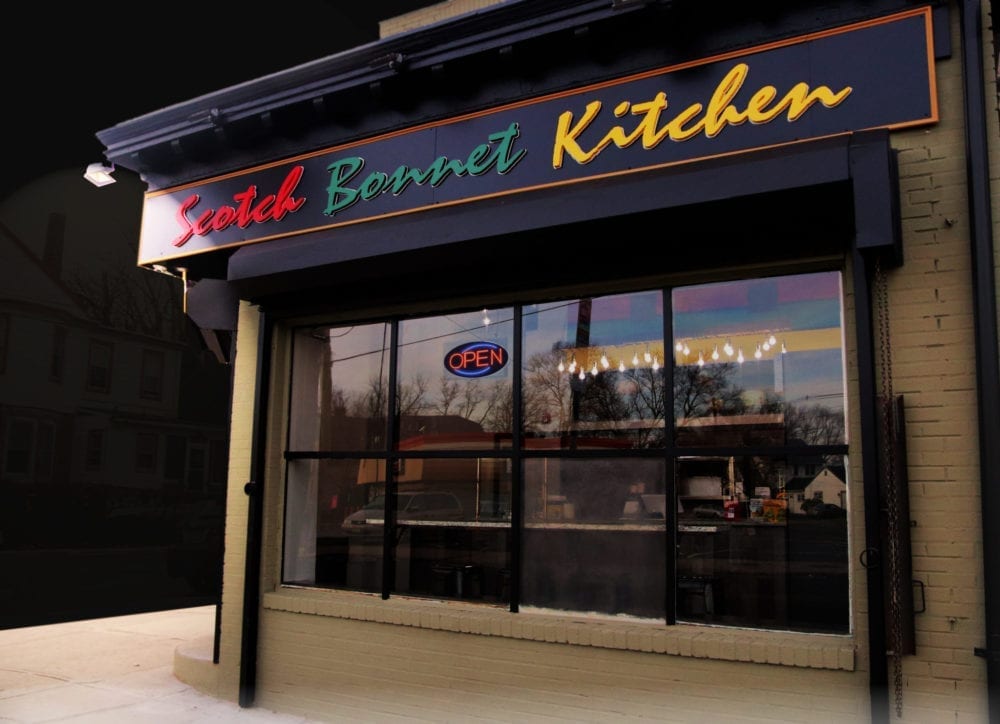 In the midst of this freezing cold, turning up the heat this winter is Scotch Bonnet Kitchen with its authentic savory Caribbean flavors.

Owned by the three Scott brothers, Neil, Jerome and Kwame, Scotch Bonnet Kitchen has made a fresh appearance into the heart of the city recently on December 23, 2019. An authentic Jamaican restaurant, the Scott brothers’ motive for opening up shop was quite simple.

“We wanted to bring good food to the city of Trenton and its environment,” said co-owner Neil Scott. “We’re passionate about food and we wanted to bring something new and different to the area.”

The Scott brothers are Jamaican natives who moved to Trenton many years ago. Opening up Scotch Bonnet Kitchen in the capital city was a “no brainer” for the three brothers as it has been their home for quite some time.

Besides differing from other restaurants in terms of the kind of cuisine Scotch Bonnet Kitchen serves, the restaurant also prides itself for its dedication to authenticity and wholesomeness, vowing to provide a high quality service to customers.

“We strive to bring authentic Jamaican food. We’re not cutting any corners, it is the real deal. We put a big emphasis on customer service and we only produce the best,” said Neil.

The inspiration for the establishment’s name: the popular Caribbean red pepper known as the Scotch Bonnet pepper. Used in many Jamaican dishes, Scotch Bonnet peppers are also a key element of the house specialty and customer favorite of the restaurant, jerk chicken. A common Jamaican dish, Scotch Bonnet Kitchen incorporates traditional methods of cooking into the preparation of this specific meal, which makes its taste so unique.

“Our jerk chicken is done the authentic way, on a grill. We consider smoke to be a necessary ingredient after being seasoned very well,” Neil explained.

Having only recently opened Scotch Bonnet Kitchen, the Scott brothers hope to achieve far reaching goals with the establishment.

“We’re looking to grow the restaurant and probably open up a few locations in the future, but for now our short term goal is to become a household name within the greater Trenton area,” says Neil.