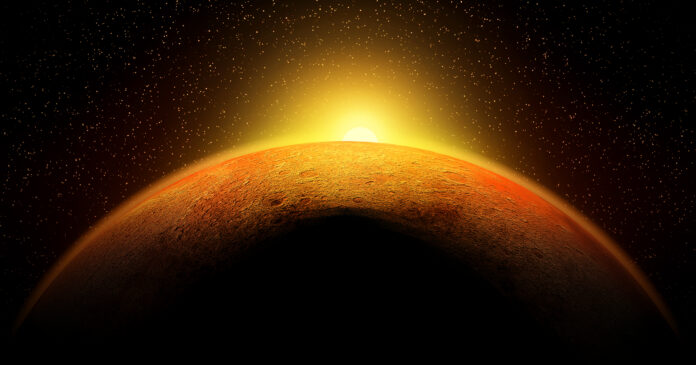 Let’s talk about Mars. Not only is it the fourth planet from the Sun and the second-smallest planet in the Solar System, you can actually visit the planet from Downtown Trenton at the New Jersey State Museum’s planetarium at select times during the week and weekend.

Suitable for all family audiences, Destination Mars: The New Frontier gets you ready for a virtual flight to the Red Planet as NASA builds the technology to get you there. This planetarium favorite gives you an up-close look at humanity’s most epic endeavor. Explore the work being done around the globe to help make the dream of getting humans to Mars a reality. Fly through the International Space Station, where astronauts are already living and working in space, and follow the rockets and vehicles that will take humans beyond the Moon and, one day, all the way to Mars.

Travel along and imagine this remarkable journey during this film narrated by former NASA astronaut Mae Jemison and Emmy-award winning actor Keith David. It includes original music by Claudio Ragazzi, a Grammy Award-winning professor at Boston’s Berklee College of Music.

The New Jersey State Museum is located at 205 West State Street in Trenton, New Jersey, overlooking the Delaware River. For more information on this and other planetarium shows, visit: https://www.nj.gov/state/museum/events-calendar.shtml.

Trenton Kids Count: An Important Analysis of Our Community’s Youth