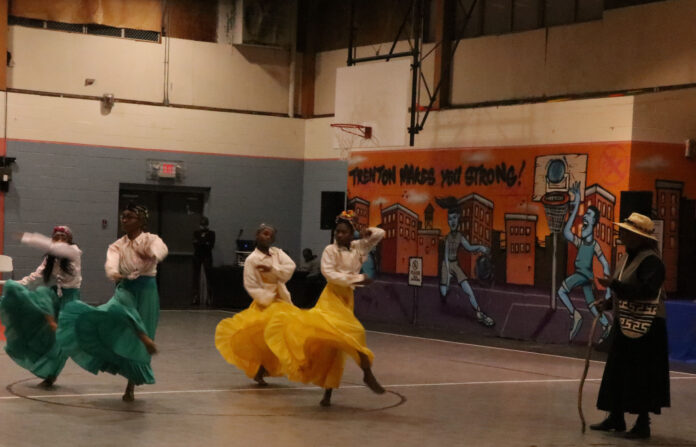 The Westward Community Center hosted an exciting night of dance and music for Trenton residents to celebrate Trenton’s Black History. The City of Trenton’s Department of Recreation, Natural Resources, and Culture organized the evening for Trenton children and adults.

“We are celebrating Black History in Trenton,” said Nikki Enders, Supervisor at Trenton Naples Community Center, said. “It is very important because Trenton has a lot of Black History within its city…I think that it is important that the kids to learn their history and take pride in their community.”

The night featured dancing and a history lesson, including a re-enactment from Ivey Avery, a Harriet Tubman actress who talked about the importance of the Underground Railroad and Harriet Tubman’s life. She did a dance and a lecture to talk about the history of the famous American abolitionist.  “When I was in high school, there was no black hero. There was really no black history except for slavery. So that’s why I looked in the books in the library and began to research my own history. She was my first hero,” Avery said.

Avery has traveled throughout the state performing and teaching kids about Harriet Tubman’s Life. “It’s important because I think that if young people don’t know, especially black children, their own history, then they have no self-confidence,” Avery said. “It’s also important for other cultures to learn about each other’s history so that we can respect each other more and understand more about our experience.”

The night also held Trenton’s own dance company, Watson-Johnson Dance Theatre. Four dancers from Trenton’s school came dressed first in camo and did choreographed dance to the song Glory by John Legend, and later helped Avery in her dance, dressed in 18th century dresses. Carolyn Watson-Johnson is the leader and choreographer of the dance theatre.

“I think it’s important for the community, especially when you bring out young performers so that the other children in the area can see what they are capable of doing,” Watson-Johnson said. “These were all children, school-aged children, and they show an example of what could be done if you just really put your mind to.”