TrentonDaily
Home History The Mystery of the Shoe in the Roof 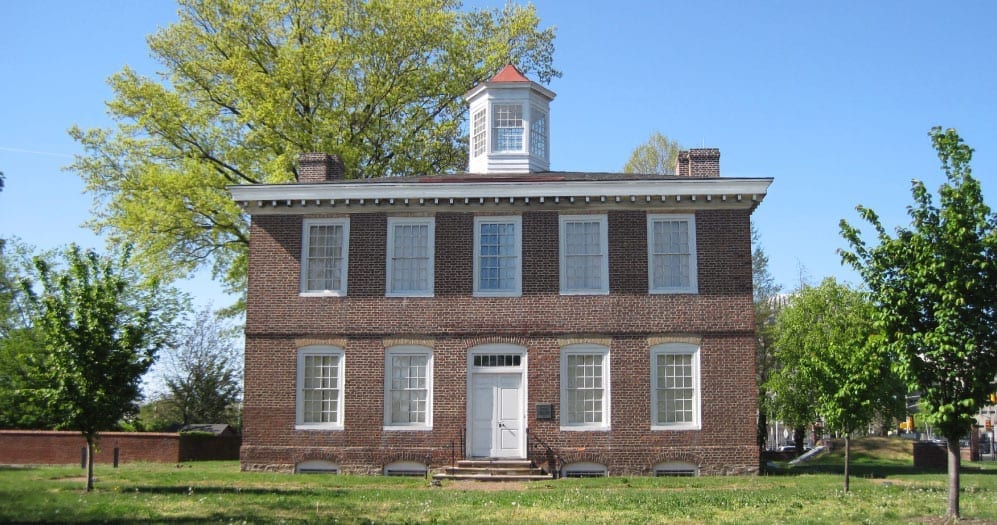 In February of 2018, workers repairing the Trent House cornice discovered this shoe inside!

Why did someone put a shoe in the cornice of the Trent House? It was a common custom, originating in Europe, to hide talismans, such as shoes and written charms, in the fabric of a building, to protect the occupants from evil. Discoveries in the United States have been made mostly in New England and the Northeast. They have been found in chimneys, fireplaces, under floors, above ceilings, in roofs, around doors and windows, under stairs and among foundations. They have been found in many different types of buildings including cottages, town houses, manor houses, hospitals, work houses, public houses, and factories.

What kind of shoe is it and when was it made?

All the experts we consulted agree that the shoe is 19th century, but is it from 1800, 1820 or 1830-1850? Is it a man’s shoe or a woman’s shoe? At least one expert says that this type of shoe would not have been worn by the rich, which brings up another question; How did such a shoe end up in the cornice of a building that was always occupied by the wealthy? Was it a shoe belonging to one of the workers themselves? Or one of their wives? How did a 19th century shoe end up in the cornice of an 18th century house?

The cornice materials where the shoe was found were determined to be original from the time that the House was built in 1719. Were there repairs to the House roof or cornice that might have provided an opportunity for the shoe to be placed there?

Find out the answers to these questions on April 7, 2 pm at the William Trent House Visitor Center, 15 Market Street, Trenton. Tickets are $12.