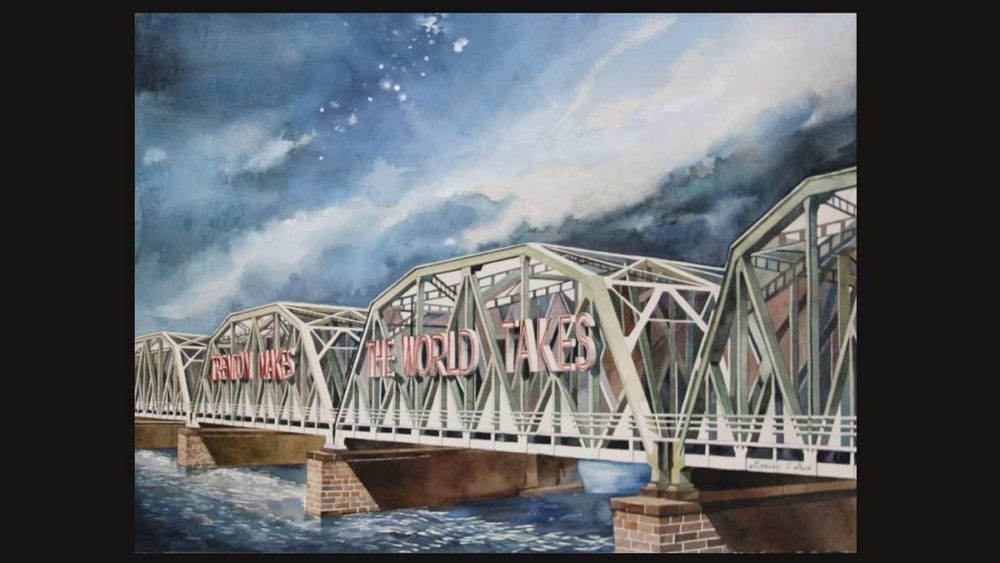 Master painter Thomas A. Malloy created epic cityscape paintings that are now displayed in museums across the country. Born in South Carolina to a sharecropper, Malloy was a completely self-taught painter. He grew up as a young man in Trenton, New Jersey during its industrial heyday and became a Methodist lay minister, civil rights activist and revered artist.

Malloy was born on August 23rd, 1912 in South Carolina and was the firstborn son of a family of African American sharecroppers. His father Tom Arthur Malloy Sr. and mother Frankie Ford Malloy both valued a hard work ethic and instilled that in their children early on. Malloy had three younger brothers, John, Frank and James, who were all born after he had turned six years old.

The Malloy family lived on 100-acres of sharecropped land which they worked hard to maintain day in and day out. Attending school at a small church near his family home, Malloy, from an early age, developed a relationship with nature. He observed his surroundings and gained an artistic inspiration within himself. In fact, it became natural for him to record the details of his surroundings long before he even knew what an artist was.

Malloy practiced sketching with a stick on the dirt anywhere he could since he lacked the necessary tools to sketch with pen and paper; a behavior that added fuel to his artistic fire. Even with his strong passion and early instinct for art, Malloy did not fully blossom until he was in his fifties; but he never stopped chasing his dream.

When his family moved to Trenton, New Jersey, Malloy had to adjust to his new life in the city. His friends from the Coalport area in North Clinton were from all different walks of life; some Italian, Irish, English and even Polish. As a young adult, Malloy did not date much and was more likely to be seen attending an after-school lecture rather than hanging out with friends or partying. It was at this time that Malloy also developed an interest in spiritual leadership from Asbury’s pastor, R.W. Cheers.

During this period of time when racist ideals were rampant in American culture, Malloy was active in Trenton’s civil rights movement and particularly involved in the fight for school integration. He set out to to aid the NAACP in enlarging the city’s educational goals for both African Americans and Caucasians. With his above average communication skills, Malloy urged people to unite for the benefit of all students.

Malloy married his wife Dorothy, who became a major influence on his life with respect to his artistic expression leading him to a world of pride and confidence that he had not known before. His wife insisted that Malloy explore his passion for art and pursue his hidden dreams. By this time Malloy had become obsessed with painting and sketching in his spare time, and though he kept his factory job, he remained a furiously passionate painter and public servant. It wasn’t until in his mid-fifties that Malloy began taking his love of art, religion, community service and the City of Trenton to a new level. He began painting watercolors of old New Jersey farmland and of the changing Trenton cityscapes.

“This world is amazing. And all of my God-given gifts I had and could use in a way un-wasted,” said Molloy. “I lived long enough to see and express myself creatively…inspiring and enriching others.” Known as the “Dean of Artists,” his artwork and his words inspired many young artists to appreciate the beauty of life and to take hold of any opportunities that might come their way.