TrentonDaily
Home General Community Trenton Circus Squad “Get On Down!” Keep the Vibe Fundraiser on March... 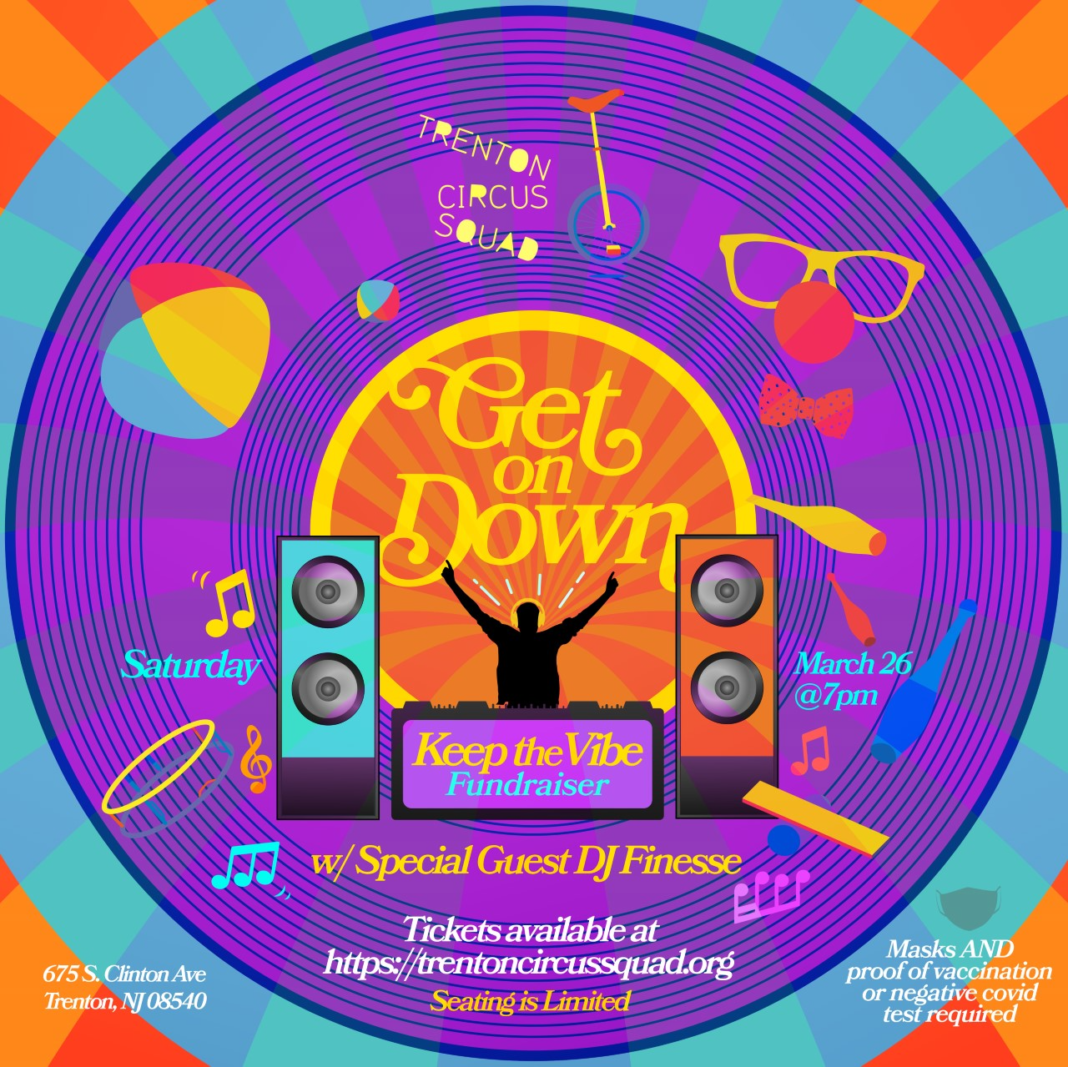 Facebook
Twitter
Pinterest
WhatsApp
On Saturday, March 26 at 7 p.m., Trenton Circus Squad will host its 4th Annual Get On Down! Fundraiser titled Keep the Vibe. Over the last two years, Squad’s fundraisers streamed virtually. On March 26, however, Trenton Circus Squad will be returning to in-person performances at 675 S. Clinton Ave in Trenton. There will be limited seating, masks, vaccine cards, or a recent negative COVID test is mandatory.
The Get On Down! fundraiser presented by Trenton Circus Squad will feature an all-Squad performance to raise money for its general operating costs. Contributions will allow Trenton Circus Squad to keep the program open and FREE for all youth, ages 6 through 18. The Squad hosted over 200 workshops and 12 performances at the Roebling Wire Works building each year, entertaining over 2,000 local children and families.
The fundraiser will allow the Squad to expand its creativity by presenting challenging and entertaining circus arts performances. Performing with the Squad will be Trenton’s own DJ Finesse, who will bring that extra energy the Squad thrives on in these high-pressure moments.
“With this being our first in-person performance since the pandemic began and now having new young Squad members; for many of them, this is their first big performance. We felt like this would be a great opportunity to bring back alumni Squad members to remind everyone what the Trenton Circus Squad vibe is all about,” said Kordell Garland, a coach for the Trenton Circus Squad.
Also, Trenton Circus Squad alumni will be making a return to collaborate and show Trenton Circus Squad’s new participants and patrons what The Vibe is all about. The audience will be wowed by juggling, acrobatics, aerials, German wheel, clowning, tight-wire, and so much more! Guests will enjoy classic circus concessions, popcorn, cotton candy, and other goodies. Tickets can be purchased at https://trentoncircussquad.org. They will also be available at the door.