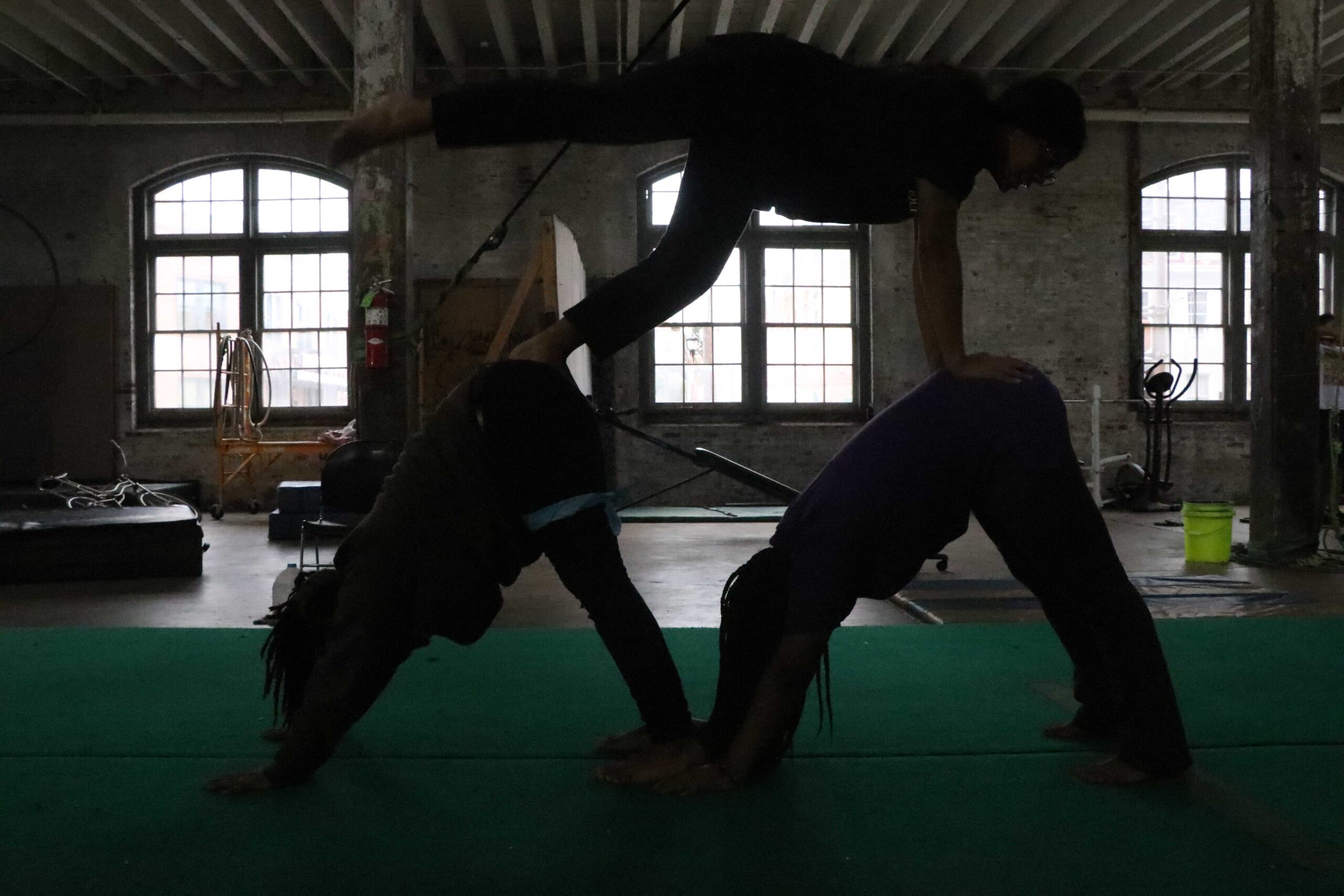 When Trenton Circus Squad Executive Director Tom Von Oehson arrived at Kordell Garland’s house, Garland had no idea how life-changing the meeting would be. Von Oehson tells the story of how those met. Von Oehson got Garland’s contact information from a mutual friend at the homefront, he called and called but never received an answer.

“Finally (the mutual friend) said here’s his address, so I just showed up and was in his living room with his mom, I felt like Coach K, doing the big recruits spew, and he was like no, I don’t think so, and his mom was like yeah you should try it, and he finally said, Alright, I’ll try it,” Von Oeshon said.

The now 22-year-old Garland still remembers that faithful day that set him down the path to  be a coach with the squad. “(Von Oeshon) came to my house, and he mentioned the idea of a Circus to me, and I told him I would give it a shot….then I just never left,” Garland said.

Garland was one of the first members of the squad when it began six years ago. Since then, he has worked his way from being a performer to a junior coach. “I was training and performing ongoing performances, performing at festivals, and showcasing my talents.  Then later on down the line, I began working as a junior coach, which was basically supporting our head coaches at the time, and being an assistant,” Garland said.

Now Garland works as one of the head coaches helping kids that come into the program learn the basics. As well as helping the squad members craft the shows they want to see. This year, he is helping behind the scenes with the Trenton Circus Squad’s yearly fundraiser.

The organization has coaches and supervisors but the actual show is created fully by the kids who are a part of it. “The youth produce it,”  said Bradd Jackson, Trenton Circus Squad Operations Manager. “They write, they script it, they produce it, they perform it. You know, so this is all youth-driven and youth-led.”

The kids began to take the reigns after Trenton circus came back in July of  2020, where instead of the ring being used for tricks and skits, it became a therapy circle for the kids in the program to talk about the state of the world. Through that process, they developed the show CHANGE.

This year the Circus squad wanted to continue on the social justice track by performing a new version of their show called Change 2, which was inspired by all of the social justice issues that have been brought up from gay rights to #MeToo to the BlackLivesMatter movement.

“They wanted to do something … to spark change. They wanted to draw attention to certain situations of happenings in their community. So they decided to put together a contemporary circus performance around social justice issues. This year they wanted to do another one…a part two,” Jackson said.

The squad does this by creating skits, dance choreography, tight rope walks, and other impressive feats, keeping the focus around the issues to craft an overall message to the viewers.

The Trenton Circus Squad is a non-profit organization that aims to inspire its members. The free program is available to everyone from 12 to 18 years of age, though it allows younger kids to sit in a watch.

Garland explains that at the end of the day, The Trenton Circus Squad is a safe haven for kids from all different communities and a place for everyone to be themselves. “They usually define this place as a home for them. It brings a lot of kids peace, and a lot of kids have fun when they’re here,” Garland said. “There’s a lot of bonds that have been made, and we all consider each other family here.”

For more information and to make a donation, visit https://trentoncircussquad.org.