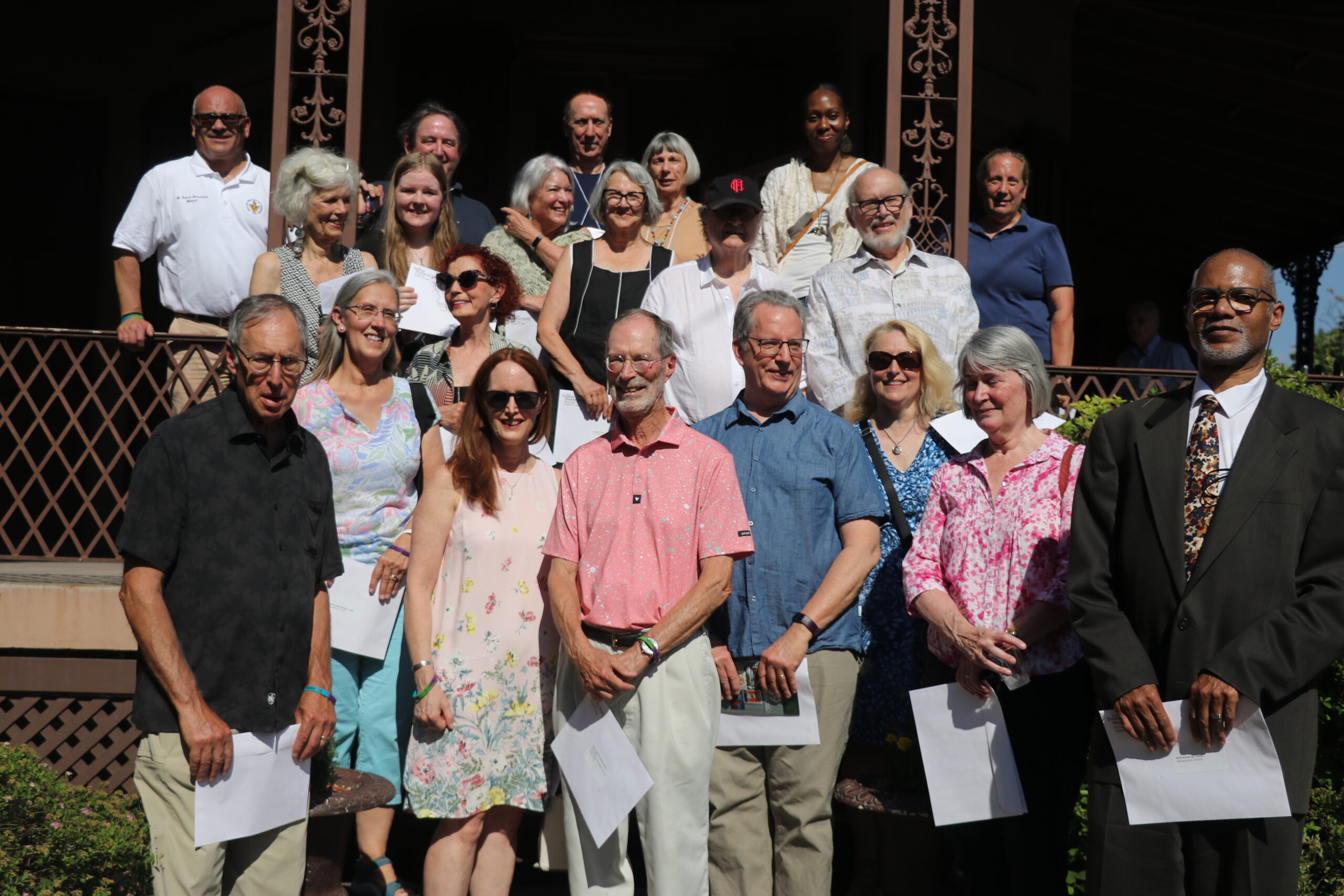 Over 300 artists put up 527 different types of artwork to be judged for this juried exhibition. “A juried exhibition means that artists enter their artworks and then a person who has been selected to go through the pieces then discern and select for the show,” said Sarah Ungar, a Board Trustee of the Trenton Museum Society.

More than 1,000 local and regional artists have had exhibitions at the Trenton City Museum. Artists like Robert Low, a long-time Trenton resident, showcased two of his works. “I have two pieces on the first floor of a watercolor, which is a view of the Paris skyline. And upstairs, I have an oil painting, one of my favorite spots,” said Low, who noted that his oil painting is a landscape of a wildlife preserve at the foot of Bowmen’s tower.”

“It’s wildflowers particularly, and it’s just incredible to have it all fenced off to protect it from deer so all the native plants, can survive and thrive. They’re open year-round. It’s incredible with creeks and cliffs…And that’s kind of like one of my Zen spots,” Low said.

Low explained that Trenton is a melting pot of the arts and that the Trenton city museum is the foundation of the art renaissance in Trenton. “For whatever reason, Trenton is one of those communities that is a hotbed of arts of all types. From graffiti to street art to fine art, it’s the real strength of the city. It’s the soul of the city,” Low said. “This is like the Bastion, the old guard, before all the youngsters came in and started doing what they’re doing and turning Trenton into an art Mecca. This was the first foundation and remains so.”

Since its beginning in 1982, Ellarslie Open has developed into a premier annual juried exhibition for artists across the tri-state area and beyond.

“People are just here from everywhere, and everybody has a story to tell. That’s what makes it so nice because they’re not all local artists,” said Patricia Allen, Second Vice President of the Trenton City Society.

The deciding juror for this year’s gallery was Walter Wickiser of WalterWickiser Gallery Inc. He has had a long career as an art dealer. Since 1993, Wickiser Gallery has worked with the U.S. State Department and Art for Embassies Program, curating exhibits in U.S. Embassies ranging from Seoul to Moscow to Manila. The Wickiser has also exhibited at dozens of International Art Fairs since 2003.

Wickiser started down this path with his father. “Well, I’ve always been champion of the underdog and the underrecognized artist. I grew up in the art world, and my father was a very famous educator. He wrote the first books on teaching modern art in the 40s, started the second master’s program in the world at Pratt Institute in 1962, and showed with people like Jackson Pollock and Georgia O’Keeffe,” Wickiser said.

Wickiser explained that even with all those credentials, it is hard to get established in the art world. “It’s a long long way to the top if you want to rock and roll. I could have easily just sold art of the established artists who are already made money, but I’ve always chosen since I started my gallery to champion the underrecognized center serving artists, Wickiser said.

“On my part there is no Trenton City Museum event that makes me more proud, and I am deeply indebted to the Board and our volunteers for their unflagging support and loyalty to the work of the Museum and to the City of Trenton,” said Joan Perkes, President of the Board of Trustees of the Trenton Museum Society.

Ellarslie Open 39 will remain on view through October 2, with related gallery talks and events to take place later in the summer and early fall. Trenton City Museum is open Fridays and Saturdays, noon to 4 p.m., and Sundays, 1 to 4 p.m. While there is no admission charge, donations in support of the museum’s mission and programs are appreciated. Visit https://www.ellarslie.org for more information.