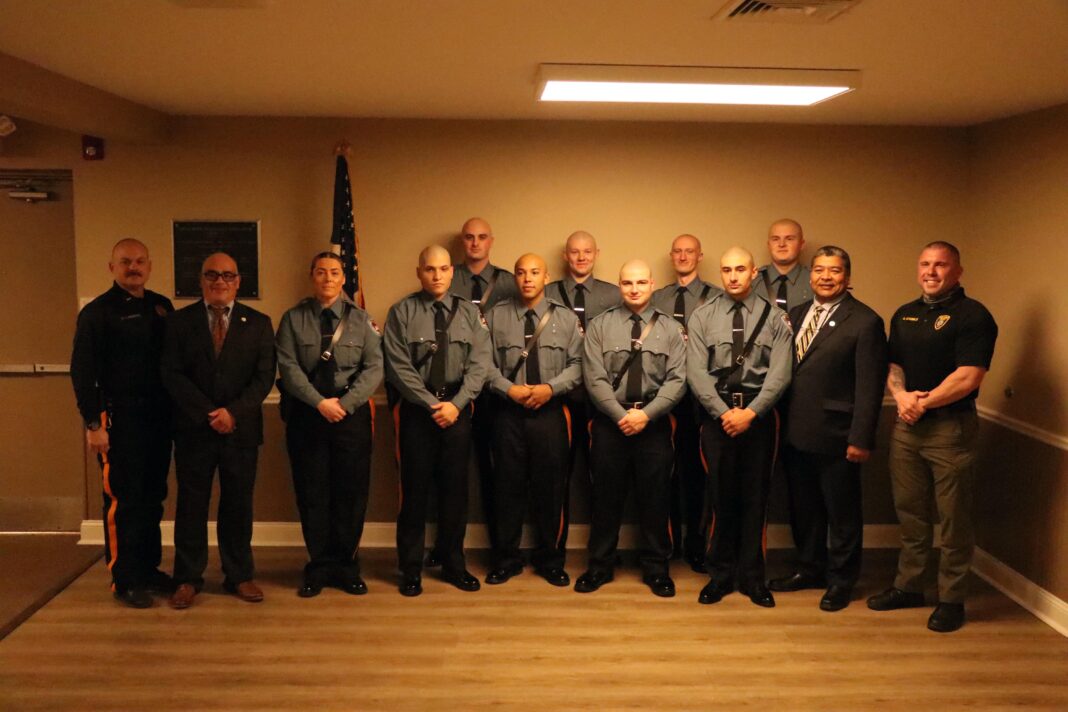 The Trenton Police Department welcomed nine new police officers to the ranks last week during a ceremony held at the Union Hall of the TPD. Both Mayor Reed Gusciora and Police Director Steve E. Wilson gave speeches welcoming the recruits.

“You are a special breed to put the community’s public safety in front of yourselves,” Mayor Reed Gusciora said. “We’re immensely proud of your accomplishments.”

On Dec. 9, 2021, the Daytime Taskforce partnered with Recovery Advocates of America to set up an outreach post on 127 Perry Street at Street Church Ministries. Members of the Task Force met with representatives from the outreach program to discuss different available resources for the homeless and those with alcohol and drug addictions.

After the meeting, the officers spent time on foot locating homeless campsites and abandoned buildings to meet with individuals struggling with various addictions.

As a result of these interactions, officers convinced 25 people to seek assistance and provided them with transportation to the outreach post. They were provided with food and drinks in a warm setting where they spent time meeting with representatives from the Recovery Advocates of America.

This initiative was sparked after the success of the previous operation in November on S. Broad Street. The councilors reported that all of the people who were checked into various programs due to that event are still in recovery and doing well.