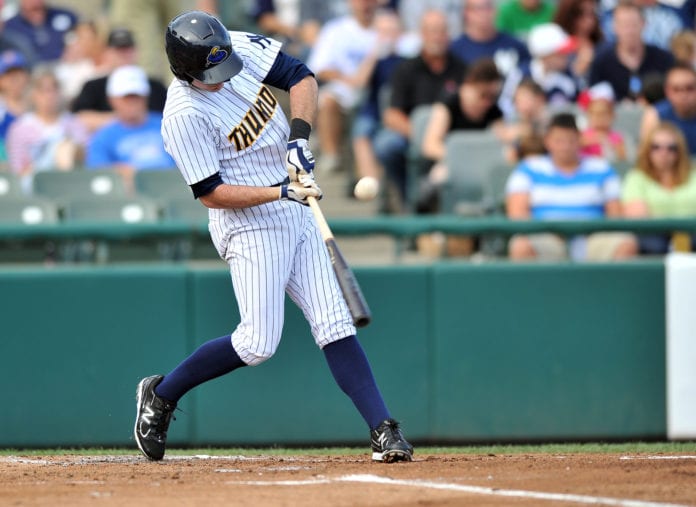 They’ve already done extremely well with a few of the Yankees top prospects. Players like Clarke Schmidt and Trevor Stephan, who are both top-15 prospects in the Yankees farm system, helped the Thunder win the Eastern League this last season.

But Schmidt and Stephan are only two players on the team right now. Let’s talk about a few guys that Thunder fans can also expect to see, as these guys are each on their way to becoming “the next great Yankee.” The number two prospect in the Yankee farm system, Jasson Dominguez, is a name that the Thunder fans should familiarize themselves with. Jasson Dominguez is a few years away from playing in the big league, but the Yankees have already invested a lot in the 16-year-old. He is already being compared to some of baseball’s greats, like Mickey Mantle and Mike Trout.

Another player that Thunder fans should be excited to see is Estevan Florial. Florial has been one of the Yankees top prospects for a few years now. And, Thunder fans, in a few years you’ll see why! Florial is electric on the baseball field. Scouts say, with his raw power, speed and arm strength, he is everything a professional team is looking for in a ball player.

But the future players aren’t the only thing that Thunder fans should be excited about. According to Jon Mozes, director, broadcast and media relations for the Trenton Thunder, “2020 promises to be another season of affordable family entertainment at ARM & HAMMER Park. With post-game fireworks set for 22 games during the season, and six bobblehead giveaways on tap, our promotional schedule will have something fun and interesting for every fan throughout the summer.”

Thunder games are for everyone: Friends, families, even companies. Thunder games are a great night out with the family. Mozes adds, “The Thunder offer the premier entertainment experience in Bucks, Burlington and Mercer Counties, with a brand reach that touches fans all over the world .”

The Trenton Thunder will open the 2020 season on Thursday, April 20th against the Harrisburg Senators (Nationals). Let’s look forward to getting a packed house and getting Arm & Hammer Park rocking again! Let’s go, Thunder!