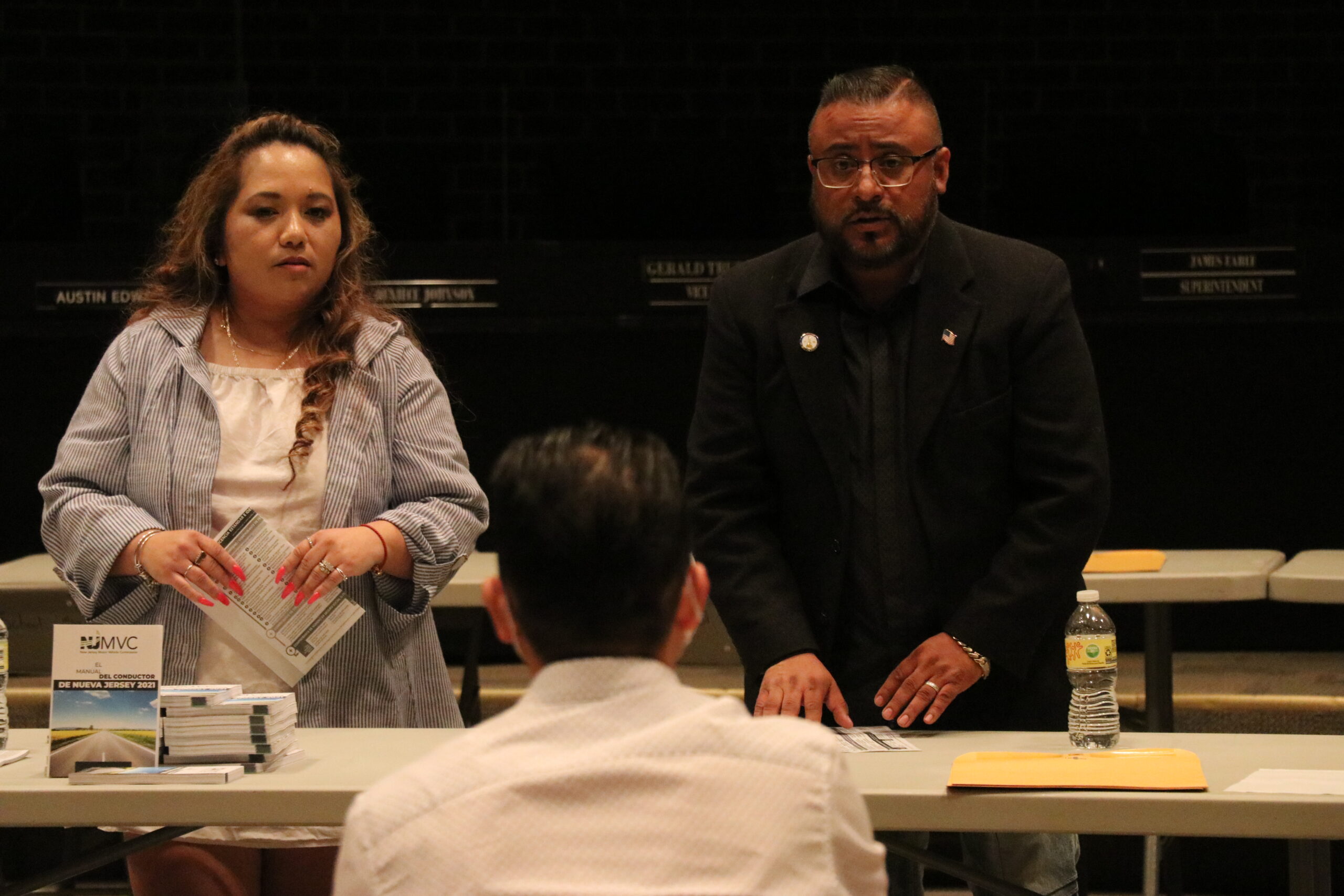 The Trenton Board of Education teamed up with Mariana Tobar of the Tobar Foundation and community activist Waldemar Ronquillo to help undocumented immigrants in Trenton obtain driver’s licenses.

The two activists have been in communities across Trenton and New Jersey helping undocumented immigrants after Governor Murphy signed a law allowing undocumented immigrants to have driver’s licenses without punishment. Usually, they work in restaurants, laundromats, churches, and local markets to reach and impact communities. However, with the help of the Trenton Board of Education, they were able to use the auditorium to reach Trenton immigrants on Thursday.

“We tried to make sure to get the information to everybody. This is big because this way all students can get to school in a safe way. Instead of you know, the mom and dad are paying somebody else to drive their kids to school. Now they can say I can take my kids to school, I have a driver license, I have a car on my name just you know, that’s the point of this,” Tobar said.

They reached out to Brenda Diaz, program manager for community and family outreach at the Trenton Board of Education, to arrange a time to have a community meeting. The three worked together to create a bilingual workshop for Trenton residents. They answered questions and gave out study booklets for residents to study before taking the driver’s exam. Diaz said that this initiative goes farther than the Spanish population.

As Ronquillo spoke in fast Spanish, Tobar translated into English. They worked together to get information out about how to get an ID. Though, they want to be clear. This ID is a driver’s license, not a Real ID. There is no requirement to get a Real ID license.

“It is so they are able to get bank accounts or cashier’s checks you know, it’s not for travel…it is for if they have emergency surgery, and they need to apply for insurance,” Ronquillo said.

Real ID complies with federal standards that impose stronger requirements to prove US residency. Real ID is a more secure, federally mandated document accepted at airports as identification and entering federal buildings. Real ID intends to ultimately reduce identity theft and fraud and enhance the nation’s security. It is not mandatory for those who aren’t looking to travel.

“Real IDs for somebody to have their paperwork in order, which means if you’re an American citizen or resident of United States, if you are not, you cannot get a Real ID because you don’t have a social security number,” Tobar said.

The hope of the driver’s license program in the school districts is to give Trenton residents resources.

“They’re helping parents and in turn, those parents are able to help their own children be successful by taking them to school or taking them to the doctor’s office,” Denise Kreiss, the parent coordinator and homeless liaison for Trenton public schools, said. “That’s why it’s important to work with organizations because we’re trying to eliminate as many barriers as possible and maximize the resources that are being provided to our families.”

Residents, however, are excited to have another program to lean on. Shirley Chaves, a Trenton Resident who attended the workshop, was happy to ask questions to Tobar and Ronquillo. “It’s a big opportunity to have an ID because when you arrive these countries so difficult to find a job or maybe buy a car and I think it’s a good opportunity…I feel so amazing,” Chaves said.