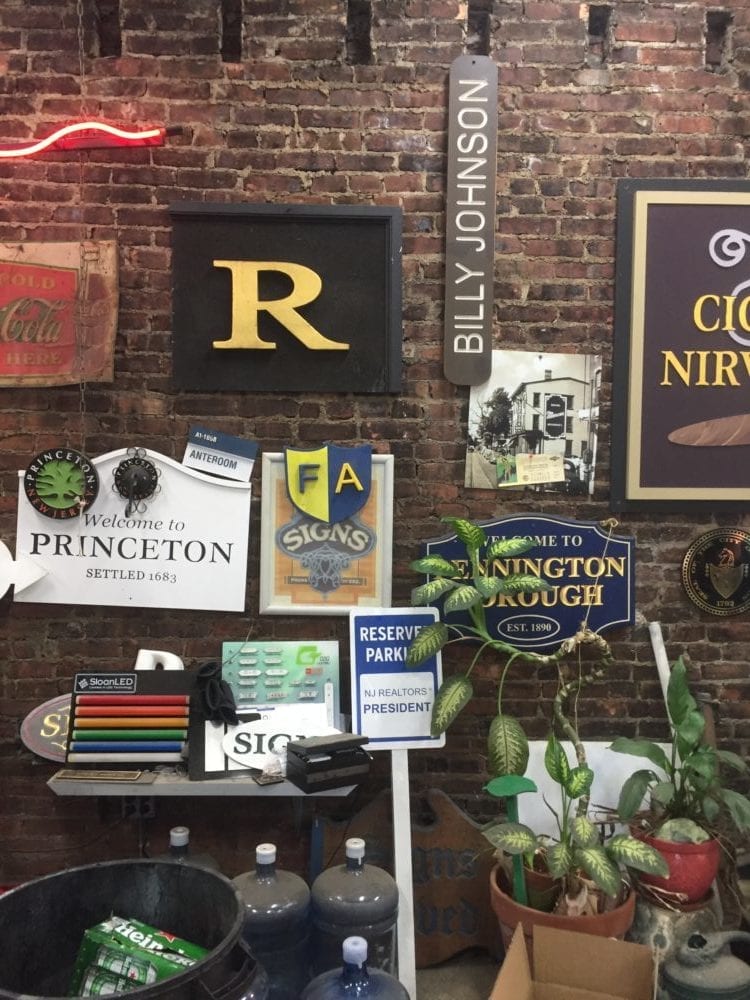 Native Trentonian George Zienowicz is the man behind those recognizable signs anchored on Trenton’s commercial buildings. His marketing slogan is “signs of distinction for discerning merchants” – a proclamation that certainly rings true for his slew of clients including Franklin Griffith Electric, NJ Realtors, Thomas Edison State University, Artworks, and the new Millhill Pharmacy to name a few.

Zienowicz, who eventually became a graphic designer, had a lifechanging idea nearly three decades ago. He enjoyed woodwork so much that he combined his love for designing and building things to launch a sign making business. Today, Zienowicz Signs boasts upwards of 30 years in operation right here on East Canal Street in Trenton.

About six years ago, Zienowicz purchased an old abandoned factory at 202 East Canal Street. It required some rehabilitation and updates, but that didn’t stop him from fixing up and making it his own. Today, he and his crew of fellow Trentonians produce signs for establishments all over the area. Other notable projects in Trenton include signs for Foundation Academies and Roebling Lofts. He also has a large following beyond city limits with clients like Nassau Presbyterian Church, D&R Greenway Land Trust, Coleman Cadillac, as well as several municipalities.

The next time you read a sign with “Welcome to (insert township),” while travelling outside of the city in Pennington, Princeton, or Montgomery, it was likely made here in Trenton.

The company, which employs Trentonians and is owned and operated by one, stands as another shinning example of a how a thriving small business can work here in the city.