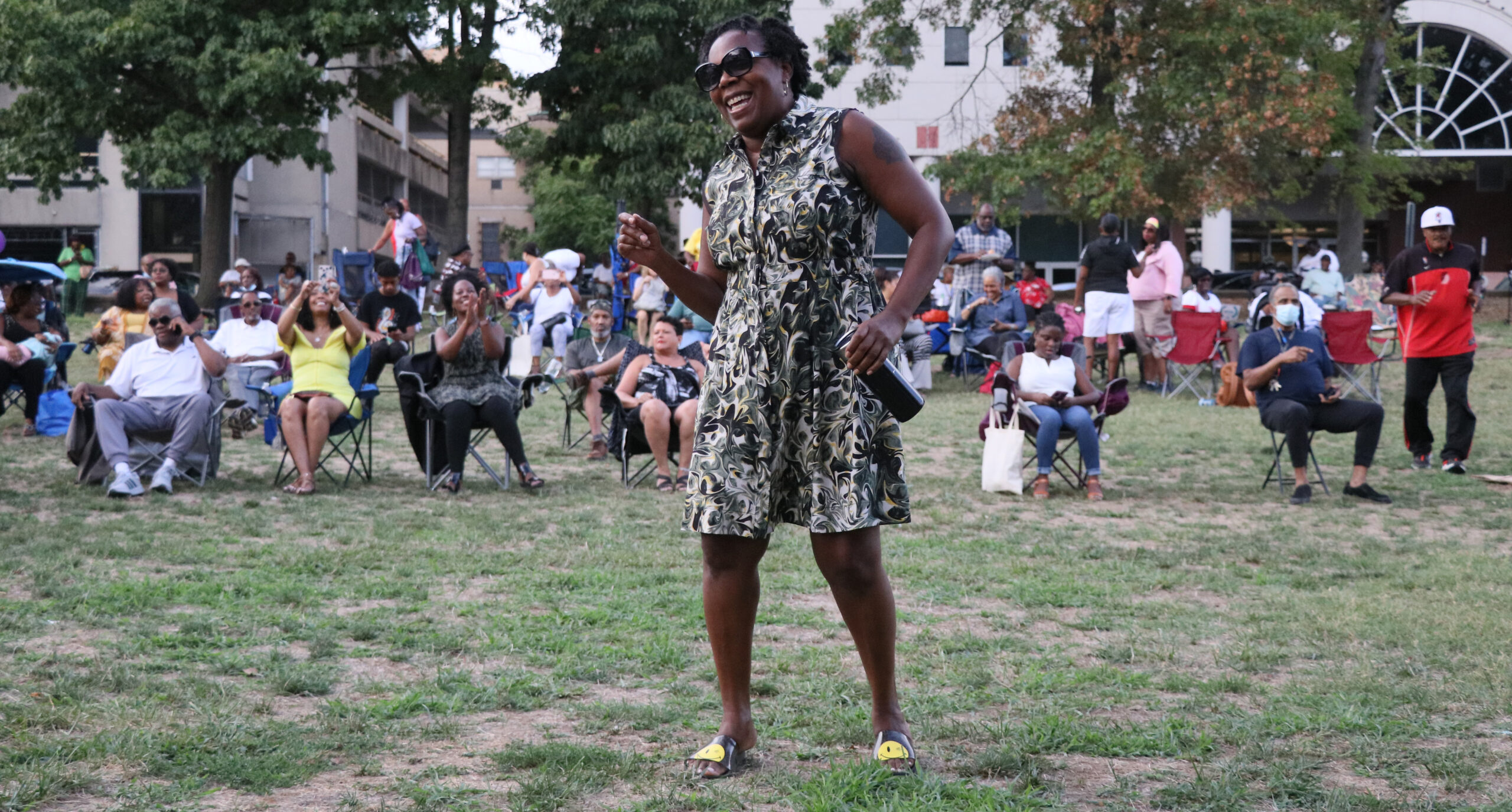 There was jazz, there was clapping, there was singing, and there was laughter in Mill Hill Park over the week as three jazz bands played to the cheers of the crowds.

Alex Parchment, the headliner for the Levitt AMP, brought out the best throughout his performance. “Oh man, this beautiful festival. I’m so glad to be here at the Amp Trenton music series. It’s been a blessing, and I’m just happy to be able to share some music with these beautiful people,” Parchment said.

The night began with James White and his band as he played contemporary jazz that included classics and new R&B songs alike. James E. White has over 30 years of experience as jazz, blues, gospel, and R&B musician. Some highlights of his career include appearing on “Showtime at the Apollo” and performing with jazz artists Jimmy Scott and Leo Johnson.

On stage with him was Bernon Crowe, Jr, Bass Player, who was jamming on his third set for the day. “I’ve been with James White since maybe about six years…He’s classically trained as well. He plays all genres of music, from gospel to jazz to funk, pop, rock, r&b. You name it,” Rowe said.

As lawn chairs sprawled across Mill Hill Park, Eboni Hicks, Trenton Resident, and her mother, Diane Carmichael, sat and listened to the music as she rocked her newborn child

“Being in a town with my mom matters the most to me. It’s been building memories with her and the new baby in the family,” Hicks said.

Carmichael adds that she wanted to enjoy the night with her daughter at a free event. “I love jazz music; I love that it’s free. Not many things that you could get nowadays are free. It is wonderful that they allow you to come out and you don’t have to pay a dime,” Carmichael said.

After White came Jackie Greggs, a 25-year music industry veteran who has performed from Louisiana to New York City. In 2011, Greggs enjoyed a five-week tour in Kyoto, Japan, performing at the prestigious Selected Repos Nightclub. She has been riding on her success after the release of her second single, “Old Friend,” in 20221, a tribute song to one of her musical influences, the late, great Phyllis Hyman.

“I love music, and I love singing and performing. So any opportunity I have to do that, I take it,” Greggs said. She grew up with R&B and gospel music. Later, deciding to go into music as a career, she learned jazz and combined the three to make her styles and remixes. Although she spends time in the studio, her favorite part of her career is being on stage.

“I am just appreciative of anybody who stops what they’re doing and comes out to listen to live music…because you know what people could be at home on Facebook, but instead, they brought their lawn chairs, they came out, and they listened, and they clapped, and they danced….I want to go back up there and do it again if I could. It’s just that electrifying for me,” Greggs said.

Those that wanted to dance danced; well, others chose to indulge in the lay-back other the night. Cynthia McMullen, Trenton Resident, set up shop under the shade of the trees and listened to the music. “I came out because I love jazz; I brought a couple of cocktails and just chilled. I love it,” McMullen said.

The night ended with Parchment, who records as part of the traditional group, the Alex Parchment Quintet. “So I play contemporary jazz, but it has elements of folk, r&b, gospel and a couple of covers,” Parchment said.

Parchment is part of an experimental soul-funk-hip-hop-jazz group called AP Chemistry and has worked as a sideman with artists including Christian McBride, David Sanborn, Chick Corea, and others. As darkness set over Mill Hill, cheers, laughter, and applause came for Parchment, and he explained that he had never had an experience like that before.

“It was fire on the stage. It was crazy…it was just an exhilarating experience. And I’m so blessed to have been able to be on this stage. It was fun. Time went by so fast. And you know, everybody played beautifully,” Parchment said.

He continues, “We were received so well. And so I’m just it’s a blessing to be able to be out here. And so I hope to come back, but I honestly felt like that stage. I wish I could feel the way I felt at every gig.”

This weekend is the last weekend of the Levitt AMP Concert Series. Rounding out the incredible lineup of the 2022 Levitt AMP Trenton Music Series will be Grammy nominee Ariacne Trujillo Duran on September 17.

The Levitt AMP Trenton Music Series is supported in part by the Mortimer & Mimi Levitt Foundation, which partners with towns and cities across America to activate underused public spaces through the power of free live music, creating a welcoming, inclusive destination. Local presenting sponsors include The African American Cultural Collaborative, NJM Insurance Company, along with the support of the City of Trenton, the Mercer County Park Commission, Greater Trenton, and TrentonDaily.