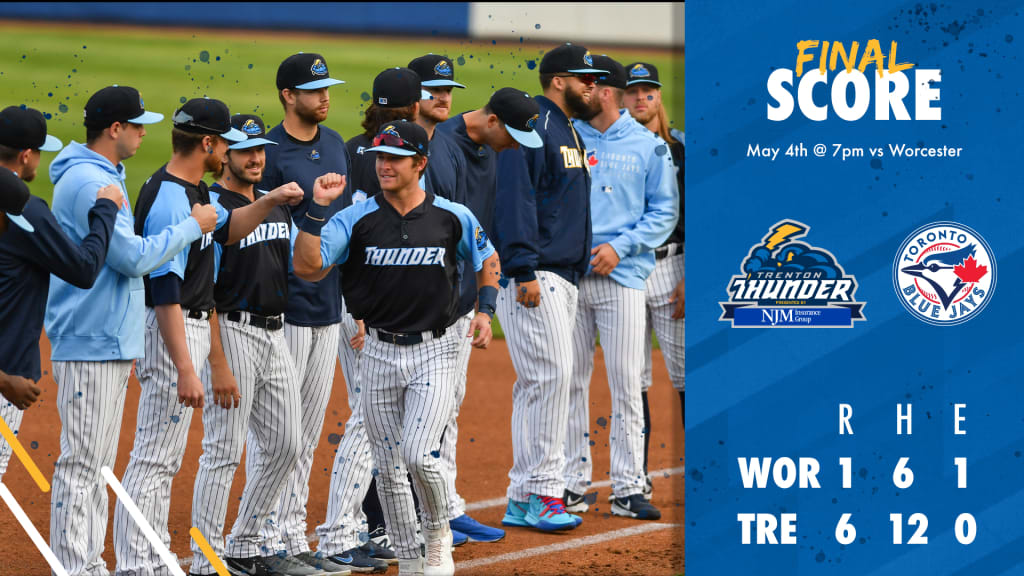 The Garden State is a baseball state! Yesterday, May 4, New Jersey’s three affiliated Minor League Baseball teams opened their seasons with home games in a truly historic night for baseball in the state from Trenton to Somerset to the Jersey Shore.

After 600 days away, baseball returned to Trenton Thunder Ballpark on Tuesday night as the Buffalo Bisons welcomed the Worcester Red Sox for their first game in franchise history. All eyes were on the starting pitching matchup as top prospects Nate Pearson and Tanner Houck squared off in a possible sign of things to come for the Blue Jays and Red Sox. It was Pearson who prevailed in this meeting, as the righthander struck out eight over 3.2 fluid innings in a 6-1 Bisons win. Five Bisons picked up two hits, and the bullpen delivered 5.1 scoreless innings before a sellout crowd of 1,526 as Triple-A baseball returned to New Jersey for the first time since 1961.

The Trenton Thunder have drawn over 10 million fans over 28 years and have won the three major awards that Minor League Baseball teams can win; the Johnson Trophy for the “Nation’s Best Franchise” (2005), the Larry MacPhail Trophy for Outstanding Club Promotion (2003) and the Bob Frietas Award for Long-Term Success (1998, given by Baseball America). The team has given back over $7.5 million worth of goods, services, and monetary donations through Trenton Thunder Charities, under the Grand Slam We Care Foundation umbrella. The Thunder can be found online at trentonthunder.com, facebook.com/trentonthunder, twitter.com/trentonthunder, and on youtube.com/AATrentonThunder.