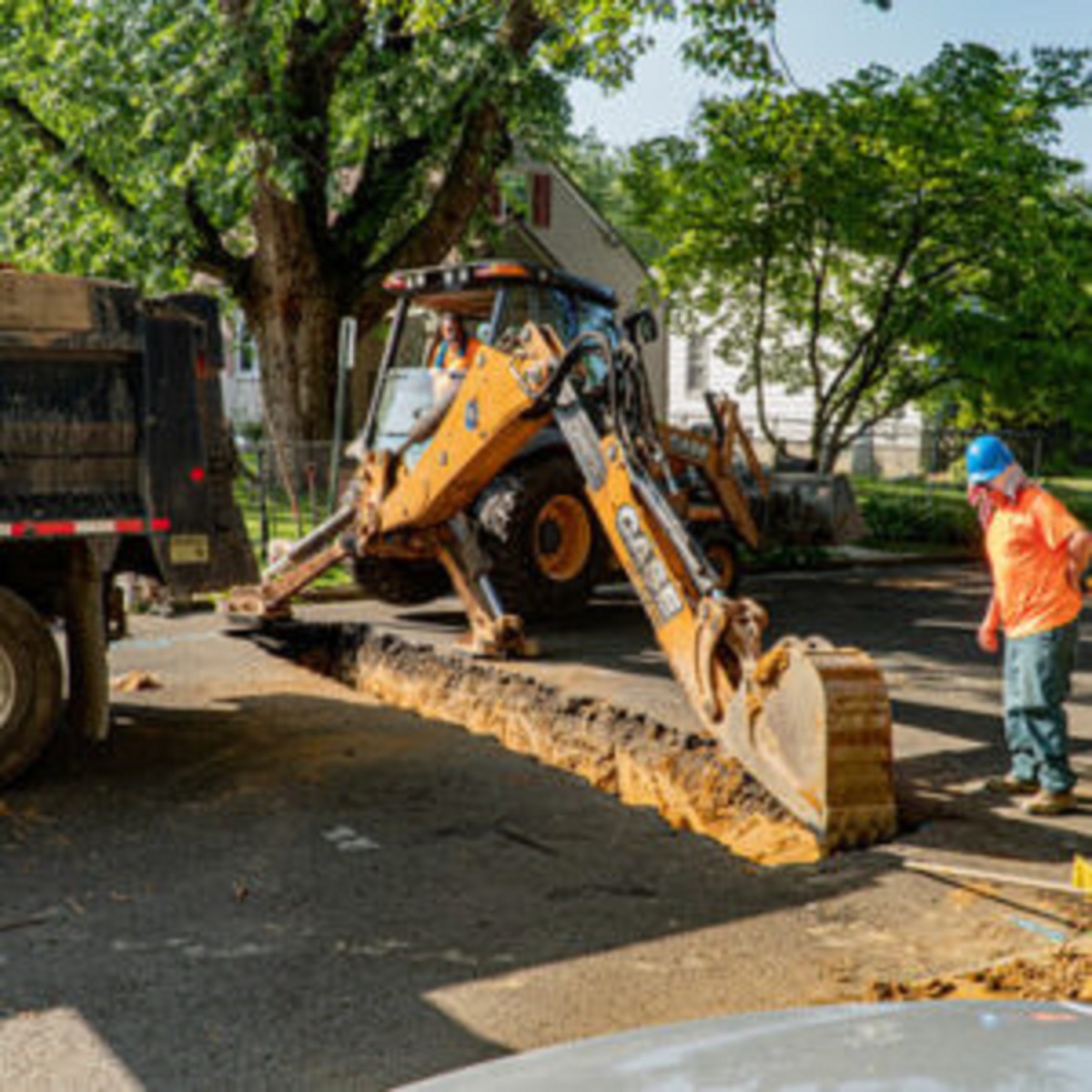 Trenton Water Works (TWW), the 200-year-old public water system operated by the City of Trenton, has removed 25 percent of lead services (lead pipes) from its water-distribution system, including at private homes.

TWW began removal in February 2020 with an inventory of 31,791 lead services in the system. Since then, TWW used four vendors and six publicly awarded contracts to replace 8,008 lead services with safer copper lines in its system and at private homes in Trenton, Hamilton Township, Lawrence Township, and Ewing Township.

TWW funds its Lead Service Line Replacement Program (LSLRP) with state grants and loans featuring forgivable principal from the N.J. Infrastructure Bank (I-Bank), which enables municipalities to make critical investments in public infrastructure. To date, TWW’s LSLRP has received $50 million to fund the program’s five phases, $21.5 million of which will be forgiven by the I-Bank. TWW estimates completion of the LSLRP to cost $150 million more over six years.

According to the federal Environmental Protection Agency, replacing lead services at homes ranges from $4,000 to $12,000 per home. However, to participate in TWW’s LSLRP, homeowners are charged $1,000, not including a plumbing permit fee paid to their municipality.

“We know that 50 to 75 percent of lead in drinking water comes from lead service lines,” said Mayor Gusciora. “Identifying these locations and encouraging homeowners to participate in TWW’s LSLRP program is part of our overall strategy to maintain high water quality and public health.”

Mayor Gusciora has made modernizing the water utility a top priority since taking office in July 2018. TWW has 63,000 metered customers and approximately 250,000 consumers in a five-municipality service area. Gusciora noted that despite the challenges in upgrading TWW’s infrastructure, the progress in the last three years brought minimum disruption to services and greater compliance with N.J Department of Environmental Protection water quality standards.

“We are incredibly proud of how far this program has come, especially when you compare it to similar regions in the state,” Mayor Gusciora continued. “For example, TWW’s service area – which stretches across 683 square miles – has nearly double the accounts as Newark but relatively less support for lead abatement. Newark’s lead service program is fully supported by both the Mayor and City Council and has access to approximately $190 million in funding, including a $120 million loan from the Essex County Improvement Authority. Even though TWW has access to just $50 million and faces resistance from some members of Trenton City Council to accept additional low-cost state funding, the Water Department still replaced 25 percent of its lead pipes and is on track to remove an additional 1,200 lead services in 2022.”

TWW has been improving water safety in other ways. In December 2019, TWW launched its corrosion control project, introducing the FDA-approved food additive zinc orthophosphate to its water-treatment process to coat the inside of pipes and prevent lead particles from entering the water flowing through them. As a result, TWW’s lead levels are below the federal standard of 15 parts per billion. In fact, TWW has seen a 70 percent decrease in lead levels across its system since deploying the corrosion control project.

Under its capital plan, TWW also upgraded all the filters in its water-filtration plant and rehabilitated its chlorine contact basins. Additionally, TWW is working on a project to renovate the plant’s Delaware River raw water intake to make it less susceptible to obstruction, and building two multi-million-gallon storage tanks on its Prospect Street property.