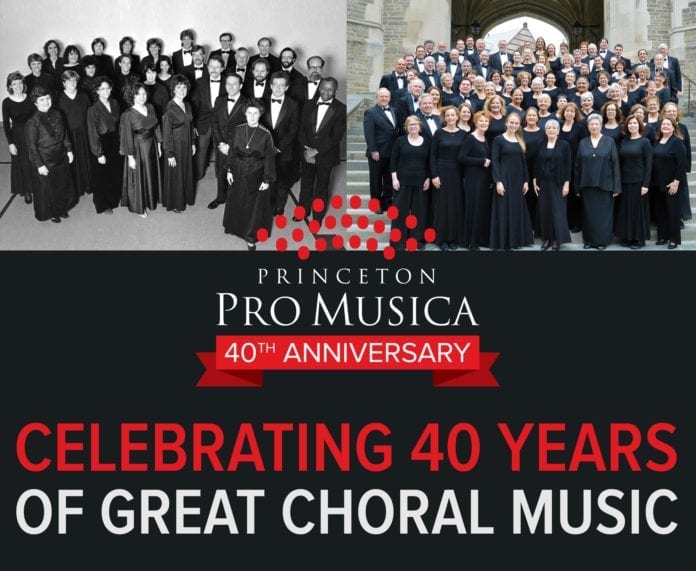 The Princeton Pro Musica (PPM) chorus and orchestra returns to Trenton’s War Memorial for its third annual holiday concert of carols and seasonal tunes. A popular favorite of the past two PPM seasons, this year’s “Joy to the World: A Christmas Suite” by PPM Maestro Ryan James Brandau features richly orchestrated choral favorites by Johann Sebastian Bach and George Frederic Handel. Join the PPM and their special guests, the Trenton Children’s Chorus, for a festive event that will fill you and your family with the joy and warmth of the holiday season.

PPM programs are made possible in part by funds from the Edward T. Cone Foundation; the New Jersey State Council on the Arts/ Department of State, a partner agency of the National Endowment for the Arts; and the New Jersey Cultural Trust.

Artistic Director Ryan James Brandau notes, “Music might help us reimagine or reconnect to the past.  It might underscore our present, amplifying our joys, deepening our longings.  If I could bring joy to the world, I would.  In the meantime, I hope this suite plays its small part.”

A 100-voice chorus of exceptional singers, PPM is committed to the highest quality of performance, partnerships with other arts organizations, encouraging the choral arts in New Jersey, and maximizing the public benefit and enjoyment of all performances. These skilled musicians, who must re-audition every season, represent a wide variety of ages and professions. PPM treasures its role offering important performance opportunities for the many current and former music educators and individuals holding music degrees among its ranks. They also maintain a small core of professional singers who commit to vigorous weekly rehearsals and a four-concert season each year.

In 2015, PPM earned the second place national prize in the community chorus division of the American Prize competition. Over the past several seasons, the group has earned nationwide, statewide, and local recognition. In 2013 and 2014, PPM was named a finalist in the nationwide American Prize competition community chorus division. In 2009, the ensemble was invited to perform at the ACDA Eastern Division conference in Philadelphia. Locally, PPM routinely garners high praise for performance of a wide variety of repertoire.

In addition to the full symphonic chorus, PPM includes a chamber chorus and contracts with professional orchestral musicians and professional vocal soloists. The chamber chorus maintains an active schedule of performances at retirement centers and community events and also performs in select subscription concerts. The orchestra is often featured in subscription concerts through performances of concertos, suites, overtures, and other orchestral repertoire.