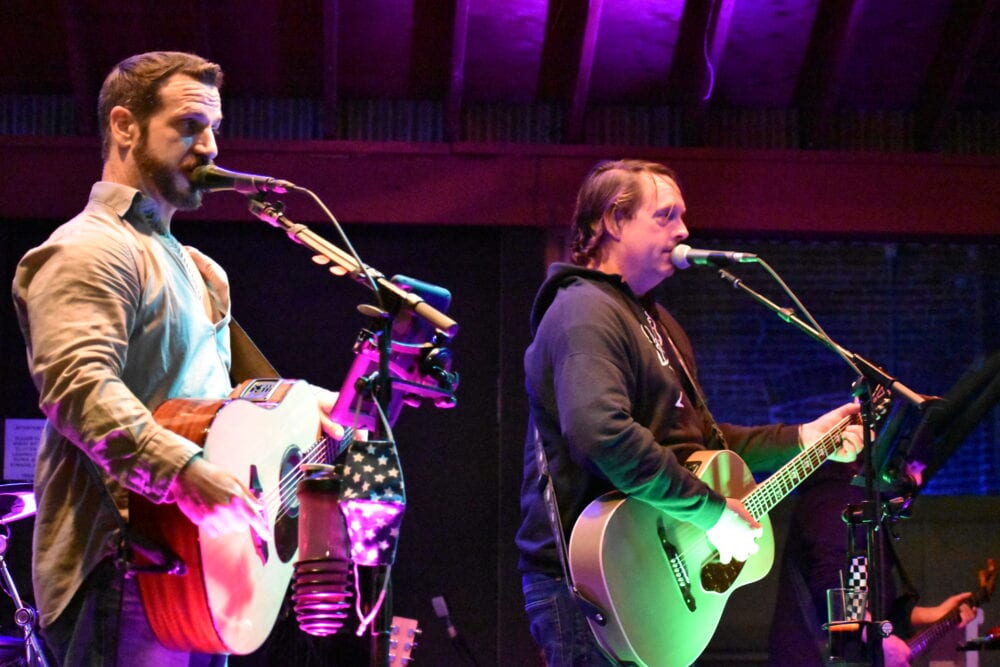 In the isolated times of COVID-19, live entertainment has become a rarity. To get a fix of live music, the community is jumping at any opportunity available to get out of the house and have a fun evening.

“Friday, March 13, was our last full-band gig since (Saturday),” said Rob Silvers, 80’s UnderCover founder and bassist. “From then until now, the band probably lost roughly 25 or so gigs that were canceled due to COVID.”

Since COVID-19’s first confirmation, the outbreak has canceled plans, postponed events and completely reinvented reality. The ways in which society consumes entertainment culture is slowly shifting. Like many other people and businesses, the music industry is struggling to make a living.

“Between restrictions, and percentages, and limitations and numbers, individually as musicians, some of us lost over 100 gigs since March,” said Silvers. “Collectively as a band, between all five members, we probably lost over 250 gigs. It stinks.”

In a current fight to keep the entertainment industry from crumbling, the National Independent Venue Association (NIVA) and The Broadway League has been promoting the Save our Stages Act. If passed, the Act will distribute 10 billion dollars over a six month time period to struggling entertainment venues according to Senator Chuck Schumer of NY in an interview with The Late Late Show. While the Act is still being discussed, venues have been abiding by state regulations for large crowds and keeping performances outdoors and socially distant.

“Everything we’ve played has been outdoors,” said Silvers. “We haven’t played an indoor gig since March.”

Despite the 53 degree weather and frequent gusts of wind outside on Saturday night, the crowd at Cooper’s Riverview enjoyed the scarce chance they had to see live entertainment.

One attendee, Sue Ryba of Fairless Hills, PA said, “It’s a great opportunity to get out and listen to music.”

A majority of the nights comments reflected that of Ryba’s. As the community faces so-called “pandemic fatigue” symptoms, the night’s chance to enjoy something care-free in a time of anxiousness relieved a lot of stress for attendees.

According to Ryba’s friend, Lisa Carman of Fairless Hills, PA, 80’s UnderCover’s performance provided a sense of nostalgia she missed during this time period. She said, “My husband and I met in the 80’s, so this is all the things we grew up listening to.”

In a glimmer of hope of returning to consistent “normal” gigging, 80’s UnderCover has landed a steady job performing for Cooper’s Riverview every Sunday. These consecutive performances will start this upcoming Sunday, November 1.

Luckily for Cooper’s Riverview, their restaurant is spacious. This means 80’s UnderCover will have the opportunity to perform indoors to a limited audience. Silvers said, “I think 25 percent allowance allows them (Cooper’s Riverview) to have up to 160 or 180 people inside.”

Although live entertainment has been severely decreased and cut from a majority of the community, 80’s UnderCover is doing its best to keep the music going. “Whatever we do, we push on and carry on,” Silvers said.