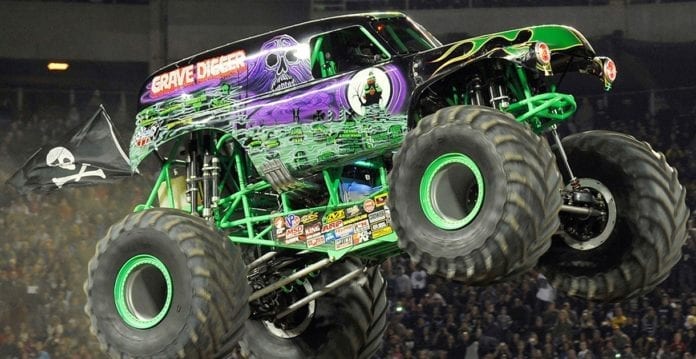 From high flying trucks to a “supercalifragilisticexpialidocious” time with Disney characters, the Cure Insurance Arena is the place to go for some exciting events in the coming months.

“Monster Jam is adrenaline-charged family entertainment providing jaw-dropping displays and gravity-defying feats that promises to always leave fans entertained. Monster Jam events feature some of the most recognizable trucks in the world including Grave Digger, Max-D, El Toro Loco and many more. Our world-class drivers push these perfectly engineered Monster Jam trucks to their limits in Freestyle, 2-Wheel Skills and Racing competitions that will put families on the edge of their seats and leave them craving more of this unexpected, unscripted and unforgettable event!”

“The Newsboys will return to Trenton on December 7th when their much-anticipated “United Tour” stops at CURE Insurance Arena!Following the abrupt blackout of GRAMMY-nominated, Platinum-selling Newsboys’ social media accounts, the band—with a little help from some old friends—reemerged today for a major announcement. Next year Newsboys will welcome back to the stage former bandmates Peter Furler and Phil Joel for the “Newsboys United Tour,” showcasing “all the hits… under one roof… for one tour.”

“Celebrate the legacy of Disney in this ice skating spectacular as Mouse-ter of Ceremonies Mickey Mouse leads a parade of characters including Minnie Mouse, Donald Duck, Goofy and an ensemble of Disney Princesses. Be dazzled by the magic of Disney’s Frozen with Anna, Elsa and the hilarious Olaf. Sing-a-long to over 30 of your favorite Disney songs including “Let It Go!,” “You’ve Got A Friend in Me,” and “Hakuna Matata.” Exciting moments from Disney Pixar’s Toy Story, Finding Nemo, Disney’s The Lion King, Beauty and the Beast, Aladdin and more will leave the whole family with memories that will last a lifetime.”

To purchase tickets or to learn more about any of the aforementioned events visit http://www.cureinsurancearena.com/upcoming-events