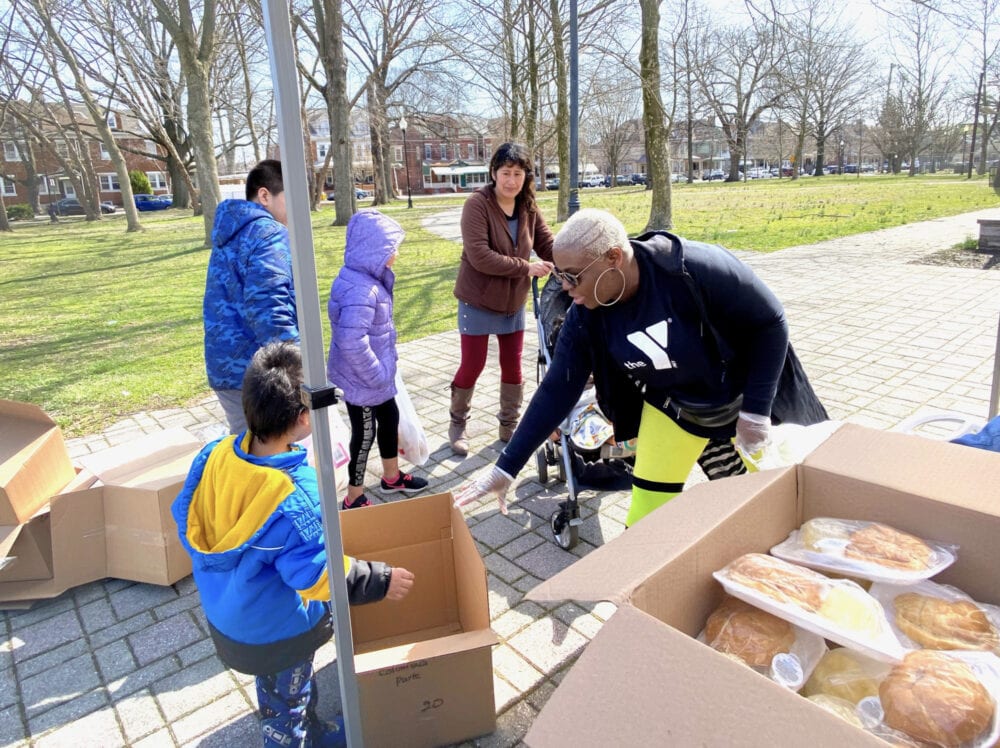 The Capital Area YMCA, for many years, has been a place where children in need could go to receive a free meal. Before the COVID-19 pandemic, the YMCA was serving dinner and snacks to children in Trenton through the Department of Agriculture’s After School Snack Program, as well as offering breakfast, lunch and snacks to kids attending their preschool programs. However, as the virus spread and schools began to close, the meal opportunities provided by the organization were at risk of ending.

With the help of a quick thinking staff and government support, the Capital Area YMCA began to offer breakfast and lunch to kids at their Summer Food Service Program on March 17, 2020. With approval to continue operating when virtual schooling started, the organization began offering breakfast and lunch in the form of grab-and-go kids meals at three designated locations.

“Of course [children] don’t have the same time where they take their school break, and so that’s why we have the three site locations on different hours of the day,” said Khadijah McQueen, Director of Food Access for the Capital Area YMCA. “It’s easy for [parents] to just come and grab a breakfast and lunch and take it to their child.”

The food distribution takes place at the Trenton Housing at Donelly Homes on 875 New Willow Street, Unity Square Park (formerly known as Columbus park) and CYO South Broad on 920 South Broad Street. During these difficult months, the Capital Area YMCA has seen a rise in the food insecurity already plaguing the community.

“These are the highest numbers we had ever done, of course, because of the pandemic,” said McQueen. “Some adults have lost their income and their jobs, so it’s just a blessing to be out there every day to offer something so essential like food and just kind of take the burden off of families.”

Since March, the Capital Area YMCA has served over 600,000 meals to people in the city of Trenton. Currently, the organization feeds around 1,700 children a day.

As an extension to the distribution program, the City of Trenton has given the Capital Area YMCA a grant to include meals for not just the children of the program, but to support local restaurants by providing the caregivers of the children in need with meals as well. Recently, the YMCA supported local restaurants Sabor Latino Restaurant and Elisa’s Catering LLC by serving meals they provided.

“We’re just supporting local restaurants through the grant and distributing breakfast and lunch through the Department of Agriculture,” said McQueen. “With the adult meals, we give at least two meals to any adult picking up. We just want to make sure that the mother and father, or whoever’s in the household, has a meal as well.”

According to McQueen, the Capital Area YMCA is able to feed around 430 to 500 adults a day with the addition of this grant. Not only are more families being fed through this help, but struggling local businesses are being supported as well.

“It just shows that when community comes together, or people just come together, any issue, you can just resolve it,” said McQueen. “We’re all in it together. It’s just an awesome experience.”