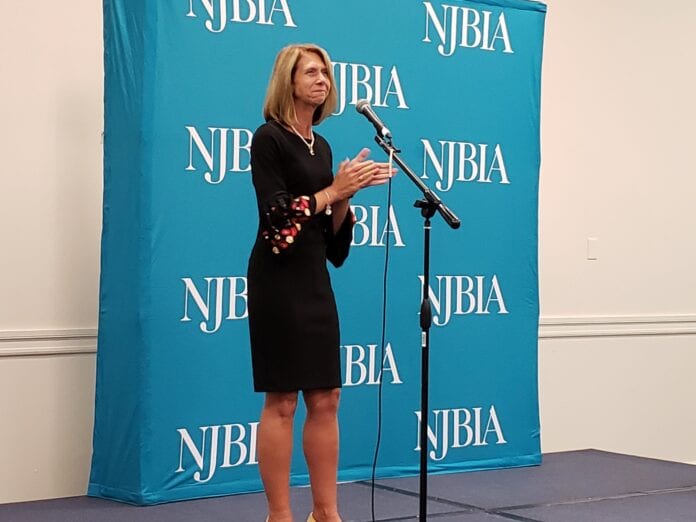 “The Caren Franzini Leadership Award is an honor bestowed on individuals who inspire and empower others to achieve professional excellence,” said NJBIA President & CEO Michele Siekerka. “NJBIA is pleased this year to be honoring Charlene, who like the award’s namesake, is a dynamic, hardworking executive who leads by example in both the business world and in the community.”

As president of AT&T-New Jersey, Brown develops and implements AT&T’s public policy and philanthropic initiatives. She is also AT&T’s primary contact for state and local government officials, as well as policymakers and community leaders statewide. Before moving up the ranks at AT&T, Brown was a press secretary for the state Human Services commissioner for nearly a decade and a former journalist.

Brown is currently active in many public and private organizations and serves on numerous boards, including Felician University and the New Jersey Commission on Science Innovation & Technology. Brown is also an executive officer at the nonprofit Drumthwacket Foundation.

Brown, who also serves as AT&T’s primary contact for state and local government officials, as well as policymakers and community leaders throughout New Jersey, is a former press secretary for the state Human Services commissioner and former journalist.

In accepting her award during the virtual presentation, Brown touted the honor of being associated with Franzini, the longtime CEO of the New Jersey Economic Development Authority, who died in 2017. “I am humbled and honored because Caren was a woman I respected and admired – a female business leader who had the fortitude and economic savvy to foster small businesses and to promote economic development in cities like Newark, Trenton and Camden.”