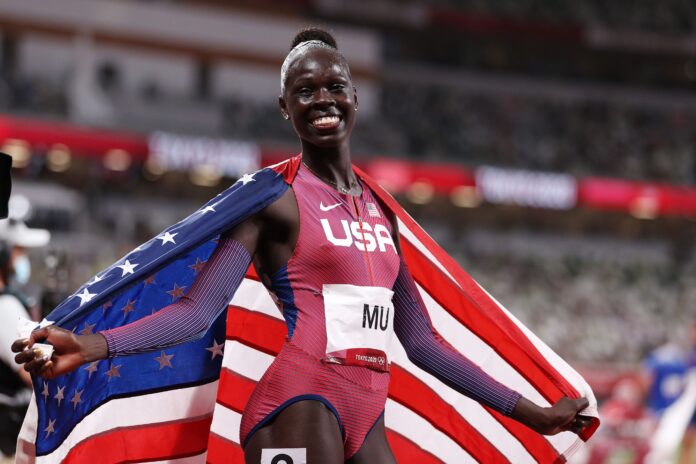 The City of Trenton will host a parade this Sunday, Aug. 29, 2021 at 2:00 p.m. to celebrate Athing Mu, a Trenton native who recently won two gold medals at the Tokyo Olympic Games.

Mu is expected to return to Trenton this weekend to attend the event, which will be held rain or shine. The parade assembly will begin at 1:00 p.m. at Trenton Central High School on 400 Chambers Street. Starting at 2:00 p.m., the procession will make its way along the following streets before ending at Trenton City Hall:

“We’ve been working extensively with Athing’s family and several community, school, county, and state representatives to plan a welcome home that is worthy of an Olympic champion,” said Mayor Gusciora. “Her dominant performance in Tokyo will undoubtedly be an inspiration to Trenton’s youth for years to come. After rooting for her throughout the Olympics, we’re grateful to have the chance to come together as a community and celebrate her achievements in person.”

During the Tokyo Olympics, Mu claimed the first 800-meter gold medal for an American woman in that event since 1968 and broke a U.S. record at the same time. She then went on to help the U.S. team win another gold-medal in the 4×400-meter relay.

Mu was born in Trenton and is a graduate of Trenton Central High School. She ran for the Trenton Track Club. Mu was named the 2020 National High School Indoor Athlete of the Year by Track & Field News.