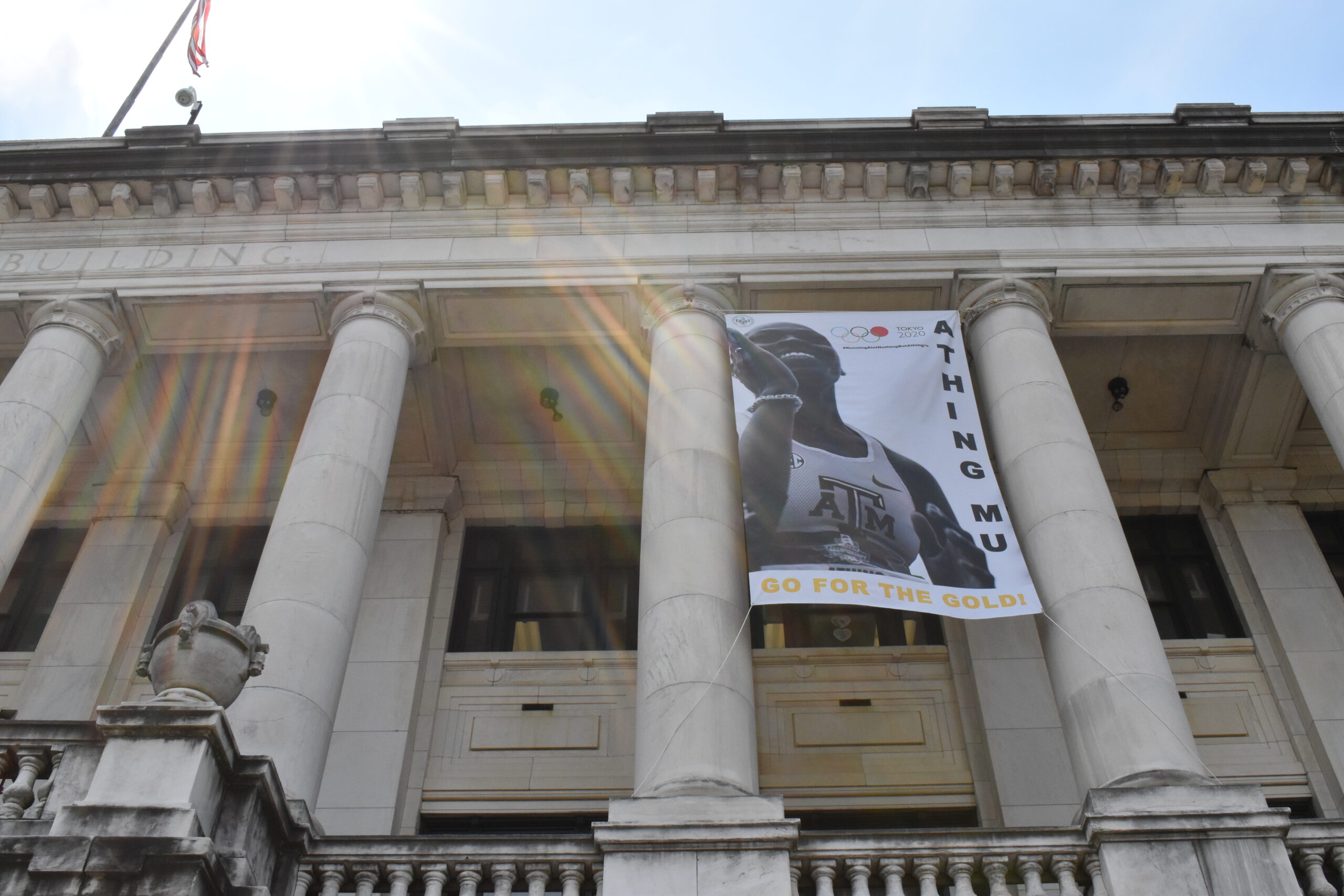 The City of Trenton yesterday unveiled a banner on the front of City Hall celebrating Athing Mu, a Trenton native who is representing the United States in the 800-meter dash at the upcoming Tokyo Olympic Games.

“We are truly proud of Athing’s accomplishments, and she is a terrific inspiration to our youth,” said Mayor Gusciora. “Today’s event is a reflection of the Capital City’s unwavering support, and we will continue to cheer her on throughout the Games. Trenton makes champions, and the whole world will witness it next week in Japan.”

Athing Mu was born in Trenton and is a graduate of Trenton Central High School. She is a middle-distance runner who ran for the Trenton Track Club with Coach Al Jennings. Mu was named the 2020 National High School Indoor Athlete of the Year by Track and Field News.

She now attends Texas A&M, where she holds the U-20 Indoor 400m NCAA record of 49:57 and 800m (1:57:73). On June 27, Mu won her first US outdoors title in the final 200m of the 800m setting a world-leading record and securing the second-fastest time in American history with 1:5607. The combination of her 400m speed and the tactical acumen that she displayed at her qualifying race for the US Olympic team makes her a favorite to win gold in Tokyo.

The banner will hang outside the front of City Hall for the duration of the Olympics.

Watch below to see an overview of the celebration featuring a special note from the coaches: