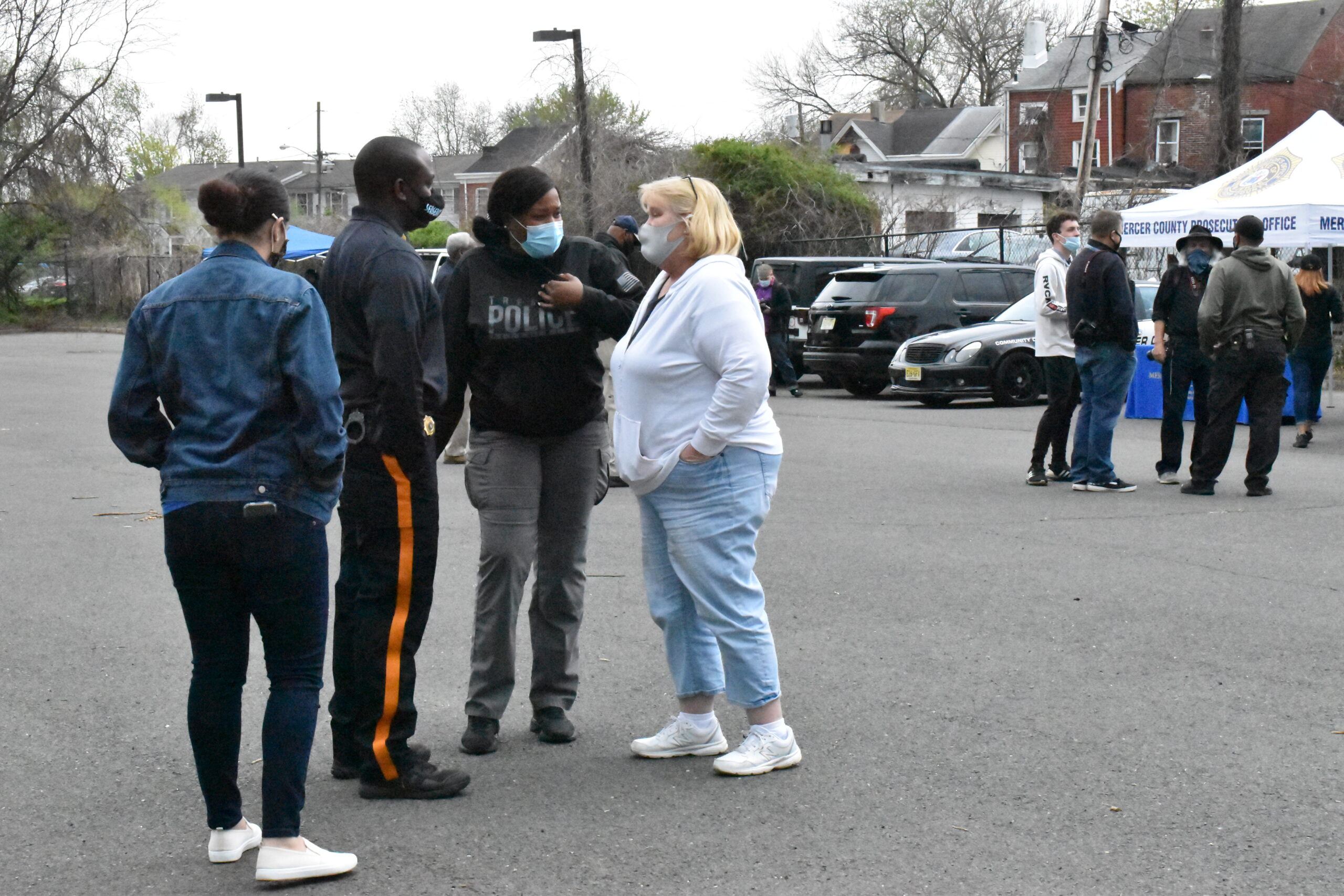 Whether it’s casual cups of coffee or conference calls with colleagues, the Starbucks Trenton Community Store has become a central hub for connecting Trentonians. The popular coffee spot, located at 102 S Warren Street, offers opportunities for the creative community to showcase their talent and express their views through open-mic nights, art exhibitions and group discussions.

Yesterday, April 14 from 5:00 p.m. to 8:00 p.m., the Starbucks Trenton Community Store hosted one of their regular events, Coffee with Cops & Cars, across from the Trenton Police Department. The event is meant to encourage local residents and other frequenters to become better acquainted with neighborhood police officers while participating in discussions about community initiatives impacting the Capital City over a caffeinated nightcap.

“The more people get to see police officers in regular situations is really a plus for the community,” said Sgt. Charles Lamin of the Trenton Police Department “To me, this is a great opportunity for the community to build that relationship with us.”

The Starbucks Trenton Community Store has seen the Coffee with Cops event grow in popularity since its first appearance in October of 2019. This month is the second time they have partnered with Miracle Autosport, adding the cars to the equation. The additional outdoor attraction helps urge the community to socialize.

“It started out slow. A lot of people didn’t know that Starbucks existed downtown, but we’ve been here for four years now,” said Stephanie Campfield, manager of the Starbucks Trenton Community Store. “So, now that people know that we exists and what we do and how we team up with our officers, it’s becoming a thing now.”

For Campfield, it is important that the locals stick together and support one another. Although there is often tension between officers and civilians, the Starbucks Trenton Community Store is confident they their outreach and Coffee with Cops & Cars event can build connections between even the most estranged Trentonians.

“A lot of people are either afraid of cops or don’t know how to approach them,” said Campfield. “For us to see more of an impact, was when we were going into the community; in the streets, setting up a tent at the corner and allowing the community to see that we’re here, and we’re here to help.”