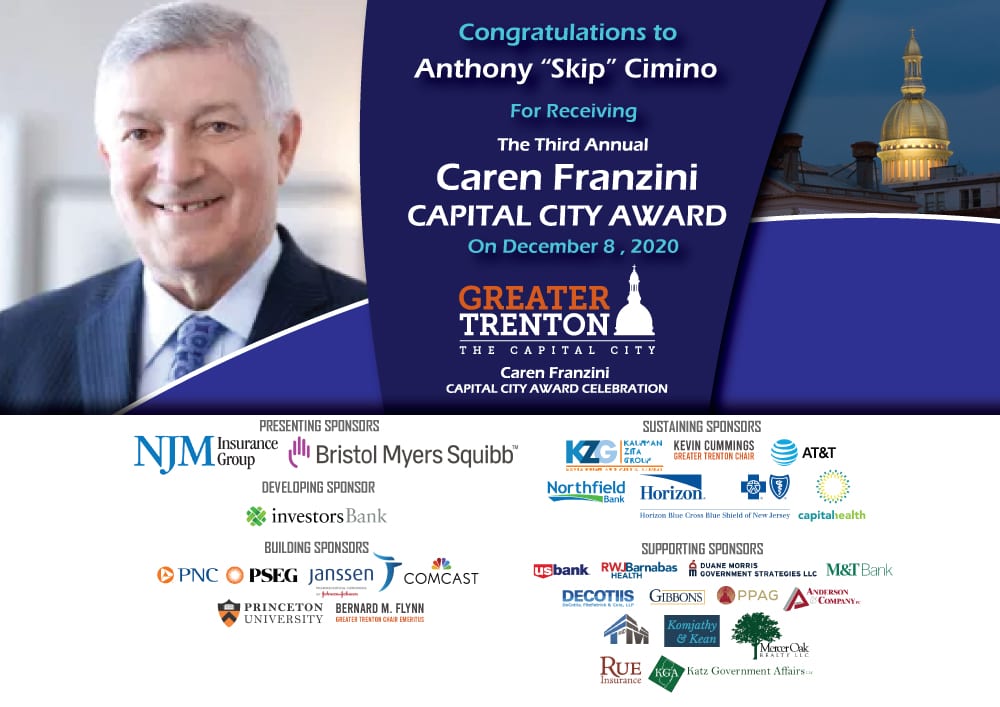 Greater Trenton’s 3rd Annual Caren Franzini Capital City Award Celebration, which was broadcasted on December 8th, will be re-aired on Comcast’s local channel on various dates closing out the year of 2020 and beginning 2021.

The broadcast will appear on channel 24 in the city of Trenton, Ewing Township, Hopewell Borough, Lawrence Township and Pennington Borough. These areas will have the opportunity to tune in and watch at 7:00 p.m. on multiple occasions beginning Wednesday, December 30th, as well as five different days in the upcoming new year – January 1st, 3rd, 6th, 8th and 10th. It is the first year the annual event will be televised.

“We thank all of our sponsors and event committee members who have supported this event, particularly during these challenging times,” said Greater Trenton CEO George Sowa. “While we were not gathered together as in past years, the broadcasted event was certainly special on many fronts as we reflected on Caren Franzini’s legacy and honored our good friend Anthony ‘Skip’ Cimino.”