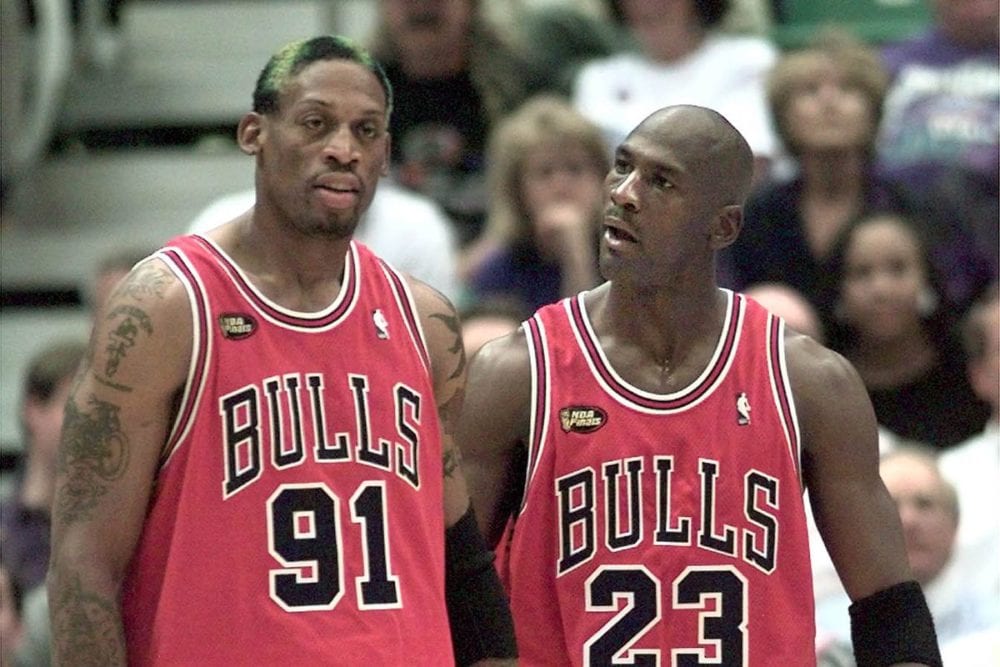 Considered one of the great rebounders in NBA history and having been put in the same category as Moses Malone, Wilt Chamberlain and Bill Russell, Dennis Rodman not only aided both the Detroit Pistons and the Chicago Bulls to multiple NBA titles, but he rebounded in life through many challenges growing up. While some people view him as over the top and eccentric, one thing remains vital from our point of view: he’s a hall of famer and a Native Trentonian.

Rodman was born in Trenton New Jersey on May 13, 1961 and was the product of a very unstable home. His father Philander abandoned the family when Rodman and his two sisters were young. After this heartbreaking incident, Rodman’s mother Shirley moved the family to Dallas, Texas. In order to keep them all fed, she took any odd job that came her way.

Throughout high school, Rodman seemed to have no athletic potential at all, getting cut from the football team and later quitting the basketball team because he was not receiving enough time on the field and court. When he graduated in 1979, Rodman had no path toward a successful future.

After gaining the attention of coaches from Cooke County Junior College in Gainesville, Texas Rodman became a dominant player for their basketball program. However, due to the fact that he was not able to keep up with his academics, Rodman ended up dropping out after a year. Soon after he was invited to play for Southeastern Oklahoma State because of his tenacious nature on the court, and in the 1986 NBA draft the Detroit Pistons selected him as their second-round pick at the age of 25.

Rodman’s relationship with the pistons lasted for several years, and during that time his arrival dawned a new era of Piston’s basketball. With Rodman, the Pistons would go on to win the championship in 1989 and then again in 1990. Guided by the leadership of head coach Chuck Daly and point guard Isiah Thomas, the Pistons went on to become a dominant team in the NBA.

With all of his success on the court, Rodman endured a challenging personal life off the court. Nonetheless, his path in life was ultimately rescued by the game of basketball.