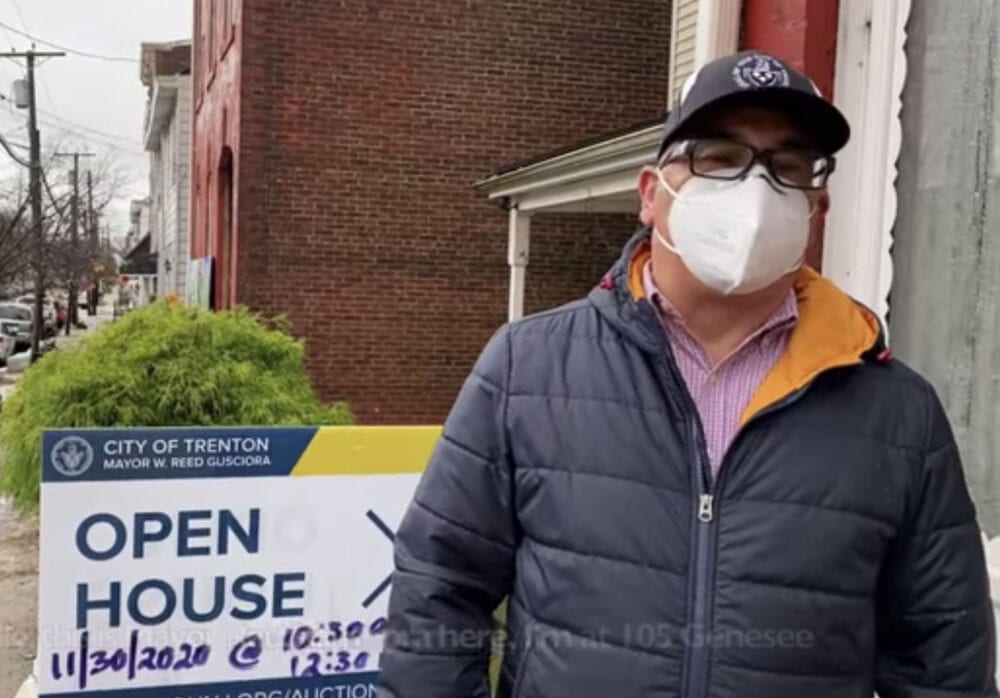 Mayor W. Reed Gusciora announced on December 10, 2020, that the completion of Trenton’s first virtual auction, which sold 49 city-owned properties for a total of $4.15 million in winning bids, was a success.

Most of the 49 properties are residential and require the bidder to commit to living at the property for five years. The auction included multiple commercial properties and vacant lots as well.

The auction was run by Trenton’s Department of Housing and Economic Development (HED), which partnered with New Jersey-based government software provider GovPilot to develop a new web-based portal where prospective bidders could register, make a deposit, and bid on each property electronically.

The previous auction on September 16, 2019 sold 76 properties for $2.92 million. Not only did last week’s auction attract $4.15 million in winning bids, the online format also allowed for improved participation with 372 registered bidders, which greatly exceeded the previous 75-person limit from past auctions in City Council chambers.

“Successful auctions are key to our redevelopment efforts, especially when they get promising properties into the hands of tax-paying residents who can renovate them for the benefit of the surrounding community,” said Mayor Gusciora. “And with the residency requirement for many of these properties, we know they will be cared for by Trentonians who are proud to finally own a stake in their hometown.”

41 properties were sold to different bidders. Only four bidders bought more than one property.

“This auction was tailor-made to benefit Trenton residents – including first-time homeowners – over outside investors,” said HED Director Ben Delisle. “Even with a Trenton residency requirement for many of these properties, we received 1,554 bids from 284 different participants, indicating the demand for real estate in Trenton is strong. We will closely review each bid to make sure the residency restrictions are followed.”

One of the successful bidders, Delmy Tabora, is looking to own the very same property in which she is a tenant. “I’m very happy that I don’t have to relocate and I’m proud to own the home where I have enjoyed living for the last 20 months,” said Tabora, who placed the winning bid on her home on Cummins Ave in Trenton. “The website was very practical and easy to use, and I would recommend it to others.”

There was an average of 30 bids per listing, with some winning amounts coming in 67 percent above tax assessments. The average sale price was $84,760.

The City hosted two virtual public information sessions leading up to the event, which included practice bidding so participants could become familiar with the auction process. All properties were open for physical inspection prior to the auction.

While registration for the auction was free, all bidders were required to make a deposit of $1,000 in order to participate. The deposit will be credited to the purchase or refunded to bidders who do not successfully bid on any property.

Typically, not all the winning bids go through final sale. Any properties that are not successfully closed will be put up at the next auction.