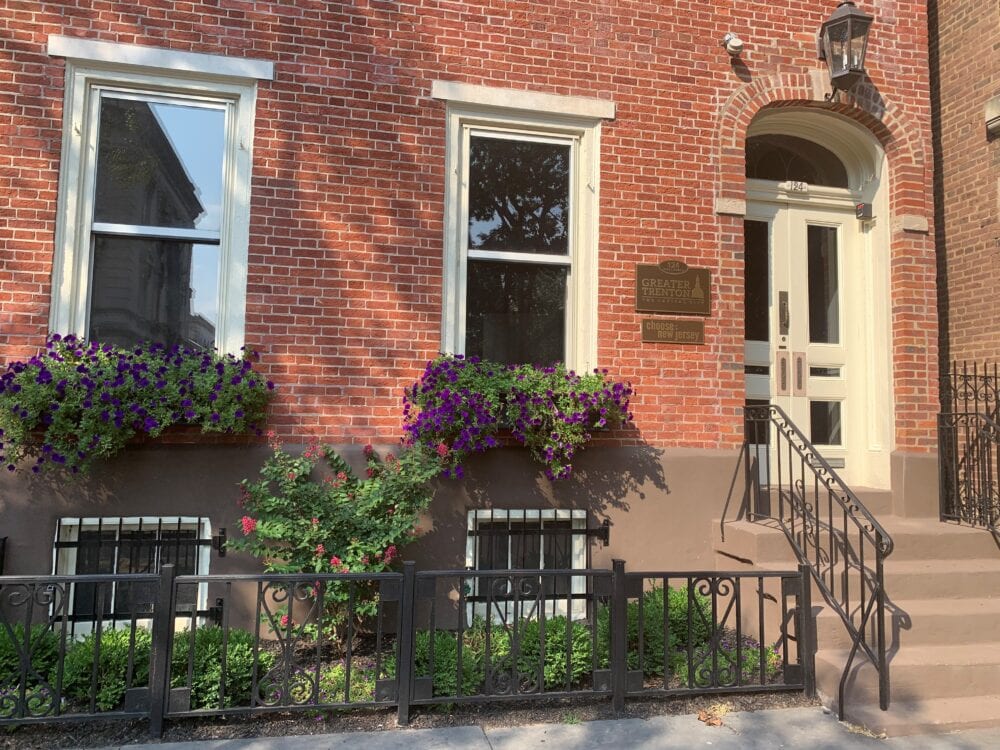 George Sowa, a native Trentonian with family roots dating back over a hundred years in Trenton, has an impassioned heart for New Jersey’s Capital City.

Under Sowa’s leadership, Greater Trenton has focused on key strategic initiatives to enhance the city’s attractiveness for development and investment as well as to create opportunities for existing and future Trenton residents, particularly amid the city’s biggest challenges surrounding economic inequity complicated by a lingering pandemic that has and continues to hurt this fragile community.

As part of an effort to minimize the factors contributing to financial instability and deteriorating neighborhoods, Sowa has made significant strides through multiple initiatives that continue to be critical for the future of our city, our neighborhoods, and our local economy. Included among these initiatives was pivoting at the start of the pandemic to launch Greater Trenton’s Businesses Helping Businesses  (“BHB”) Emergency Loan Program to retain jobs and businesses in non-UEZ areas of Trenton. Sowa created the low-interest loan initiative by raising funds from 14 separate organizations as part of an effort to supplement the City of Trenton’s $2M UEZ Emergency Loan Program which was limited to 40% of Trenton’s geographic area.

Through Sowa’s leadership, Greater Trenton also developed a paid Summer Internship and Scholarship Program leveraging the success of its TrentonDaily publication, which serves as a critical source of news on positive initiatives throughout the city of Trenton. With a readership of more than 100,000 per annum, the publication provides an opportunity to not only report on but also engage with, the community.

On the economic development front, Sowa leads Greater Trenton’s involvement in several key initiatives, including enhancing the city’s attractiveness for development and investment and creating opportunities for current and future residents. These efforts include advocating for significant and numerous revisions to the $14B Economic Recovery Act (“ERA”) which resulted in multiple improvements that encourage and incent the development of new projects in Trenton and other Government Restricted Municipalities in New Jersey.  Under Sowa’s leadership, the organization also actively assisted in securing the HQ relocation of Princeton Hydro, an engineering firm bringing more than 30 jobs to the city of Trenton.

Also, through Sowa’s efforts, Greater Trenton has commissioned a new residential study that identifies market conditions for new and renovated affordable and market-rate housing in key downtown Trenton submarkets and the impact the pandemic had on market conditions. In addition, the study will examine the potential impact of Greater Trenton’s efforts to advocate and build support for its authored residential white paper, which proposes a partnership with the State of New Jersey and private sector employers to offer an incentive for employees to live and work in the downtown. Previous analysis indicated that, if implemented, demand would significantly increase allowing for a more vibrant, secure downtown, and increasing the investment prospects for more affordable and market-rate units in the city.

With a family history in Trenton that dates back over a century, Sowa’s passion for New Jersey’s Capital City is equally matched by his expansive knowledge of urban development. For 18 years before joining Greater Trenton, Sowa served in several progressive roles at Brandywine Realty Trust, one of the nation’s largest publicly traded, full-service, real estate companies. Most recently, he served as Brandywine’s executive vice president and senior managing director and was responsible for overseeing all aspects of the company’s New Jersey and Delaware operations and development.

Sowa’s love for Trenton is equally matched by an expansive knowledge of urban development amassed throughout his nearly 40-year career in real estate development, finance, and management including leading Brandywine’s selection by Campbell Soup Company to be the developer of the Camden Gateway District — a transformative 1.5 million square foot, mixed-use project for that city. As a result, Mr. Sowa played a key role in Subaru’s selection of Camden as the site for its $118 million North American headquarters. Mr. Sowa has also developed over $105 million in two separate, mixed-use projects in New Brunswick, NJ.

He has served as Vice Chairman of the National Board and Executive Committee of the Commercial Real Estate Development Association (NAIOP) and is a past President of NAIOP’s New Jersey chapter. He is also the past Chairman of the Board of the Chamber of Commerce of Southern New Jersey. Mr. Sowa currently serves as a Trustee of the Capital City Redevelopment Corporation (“CCRC”), a state agency in but not of the Department of Treasury. Created by statute in 1988, CCRC is charged with facilitating redevelopment in the Capital District of the City of Trenton.