Home Features Arts, Culture & Entertainment Get on Down: Be the Change with the Trenton Circus Squad Fundraiser 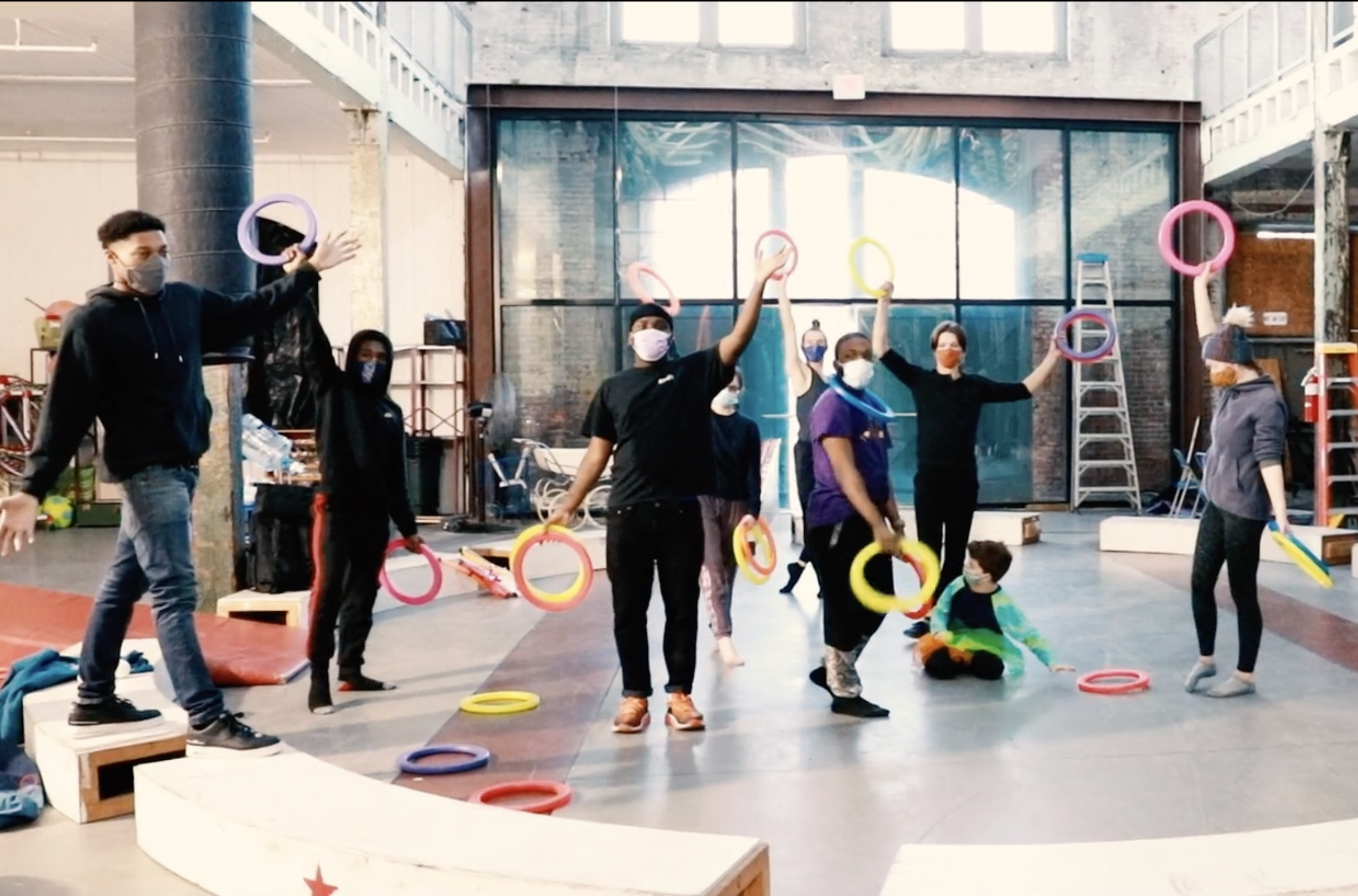 After a year of social injustice and conversations surrounding equality, the Trenton Circus Squad (TCS) found themselves in need of an outlet for expression. That is why the Squad organized the upcoming “Get on Down: Be the Change” fundraiser. 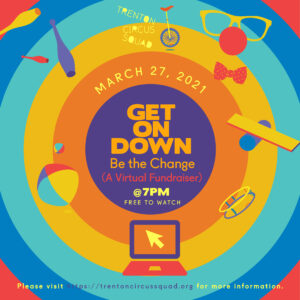 Premiering live on Saturday, March 27 at 7:00 p.m., the “Get on Down: Be the Change” fundraiser provides a platform for TCS’s performers to share their voice with the Trenton community on current issues impacting society on a local and global scale. The free event is open to the public.

“Our kids decided to take their circus performances to the next level [and] started doing contemporary performances centered around social justice issues,” said Bradd Jackson, Director of Operations for the Trenton Circus Squad. “Our first one was entitled “Change.” We did that last summer. This is kind of a piggyback, or a continuation of what we’ve been doing as an organization.”

Last summer, TCS premiered their circus show entitled “Change,” which acrobatically captured the Squad’s feelings on the heavy subject matter heightened in the media over the last year; including Black Lives Matter, the death of George Floyd and other racial disparities.

“Our kids were so upset,” said Jackson. “We’re in a pandemic; they’re home, they’re watching their TV, they’re on their phones and seeing everything that was happening in our country and the breakdown that was happening in our country, and so when we were able to get back in the building in July, they decided they wanted to put together a performance expressing their displeasure with it.”

The impactful show moved TCS’s board so much so that it streamlined conversations to be held within the Trenton community regarding these issues. The recording of the show was shared between local officials and organizations through Zoom call sessions.

“Our board was so excited about it, so moved by it, that they reached out to politicians and law enforcement. So, we were able to have conversations with the sheriff and the DEA, and some local police officers, detectives, what have you from the community,” said Jackson. “We were able to grow those conversations about bringing about change in our community, and just try to get some understanding of what their point of view was about what’s been happening and what they’ve been doing to change it.”

The discussions developed from the “Change” circus show inspired TCS to continue the conversation with the “Get on Down: Be the Change” fundraiser. This time around, TCS wants to move past the initial portrayal of feelings towards the social injustice, but emphasize the accountability needing to be addressed to resolve the issues.

To share the message of TCS’s youth accurately, TCS relinquished control of the production to the students. The “Get on Down: Be the Change” fundraiser has been developed completely by the youth involved in TCS and other partnering organizations.

“I think the beauty, and what’s different about this specific show, is that this is the first time that we’re allowing our youth to produce a performance for our fundraiser,” said Jackson. “This is all youth led and they’re taking ownership of it. They’re writing it, directing it and producing it. We’re just providing the platform. What you see on that screen, in reference to the performances, is their brainchild.”

The “Get on Down: Be the Change” fundraiser will feature, not only a series of live performances developed and performed by TCS, but will also include pre-recorded performances from youths enrolled in partnering organizations. The additional performers have been taught remotely by TCS throughout the year of 2020.

“It just turned into a powerful moment and powerful message,” said Jackson. “It’s going to be an expression of how they feel, an expression of their accomplishments and how they’ve been able to impact communities from Mercer County to St. Croix. We’re just offering inspiration and hopefully hope for others to do the same, i.e. be the change.”

To learn more about the Trenton Circus Squad and ways to support and/or attend the “Get on Down: Be the Change” fundraiser, click HERE. To watch the fundraiser trailer, click HERE.