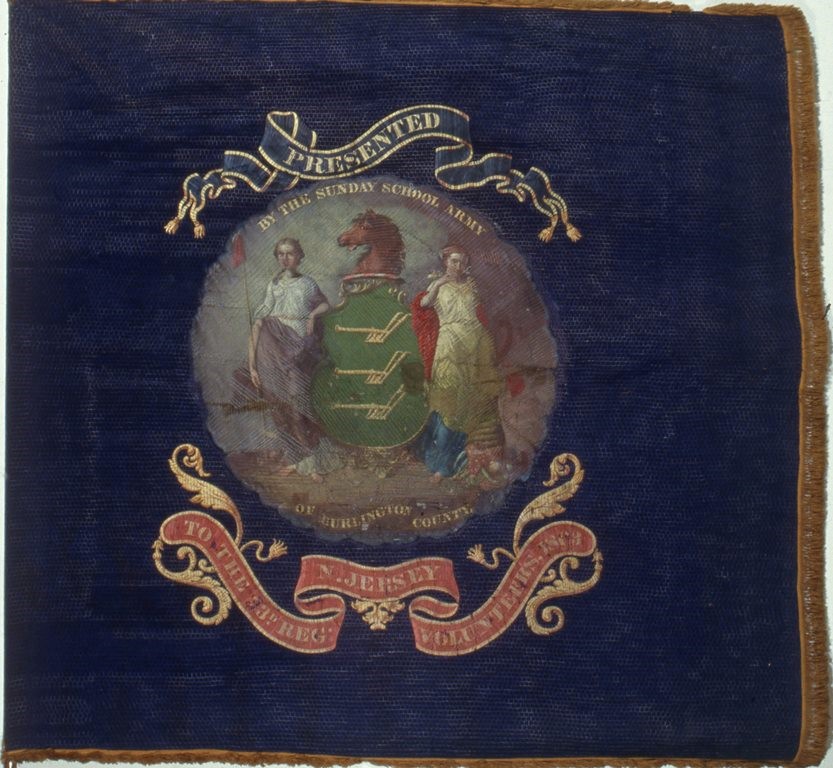 If you’re a history buff, it’s a great week to be a Trentonian!

As a central location, New Jersey has often found itself playing a significant role in the formation of our nation’s history. For example, although many think of New Jersey as playing a critical role in the Revolutionary War, New Jersey was also essential in fighting the Civil War. Records suggest that more than 88,000 soldiers and 52 regiments from New Jersey fought on behalf of Union forces. Although no battles were fought in New Jersey, the State’s contributions would ultimately aid the Union’s emerging victorious. The New Jersey State Museum now offers guests an opportunity to glimpse New Jersey’s role in the Civil War and the flags they used to guide them into battle.

Today, Wednesday, December 28th, from 10 am to 11 am, the New Jersey State Museum will be unveiling five new Civil War flags and exploring their history. Throughout the American Civil War, these flags would guide troops into battle and serve as a point of pride for the soldiers they represented. Guests can join flag historian Dr. David Martin, Curator of Cultural History Nicholas Ciotola, and members of the New Jersey Civil War Heritage Association as they tell the history of the five new flags in the collection. In addition, the new group will include a late-war national flag with hand-painted battle honors belonging to the 7th New Jersey Volunteer Infantry, a rare artillery swallowtail flag or guidon, and a presentation flag of the 23rd New Jersey donated to the regiment by the “Sunday School Army” of Burlington County.

The flags will be housed in the New Jersey State Museum’s exhibit, The Civil War Flag Collection of New Jersey. The display allows patrons to have an up-close experience with this rare memorabilia collection. These flags, carried into battle, tell the tale of New Jersey’s Civil War soldiers and the sacrifices they made throughout our nation’s history. The flags in the exhibit change periodically, allowing visitors to see a variety of the museum’s impressive collections. New Jerseyans are particularly lucky to have access to this collection, as New Jersey is one of the only states which actively displays its Civil War flags. Typically, flags would be returned to a State’s capital city and unavailable for public display. Instead, the exhibit is hosted in the New Jersey State Museum’s main building on the South Gallery’s 1st floor.

With the opportunity to witness such a rare token of our State’s history, you will not want to miss this momentous event. If you have any questions before the unveiling, please contact the New Jersey State Museum at NJSM.Info@sos.nj.gov or (609) 292-6464. Also, if you want to learn more about the museum’s incredible events and exhibits, you can check out their website here: NJSM – Home. Exploring our State’s history is key to forging our future, so make it to this banner event!